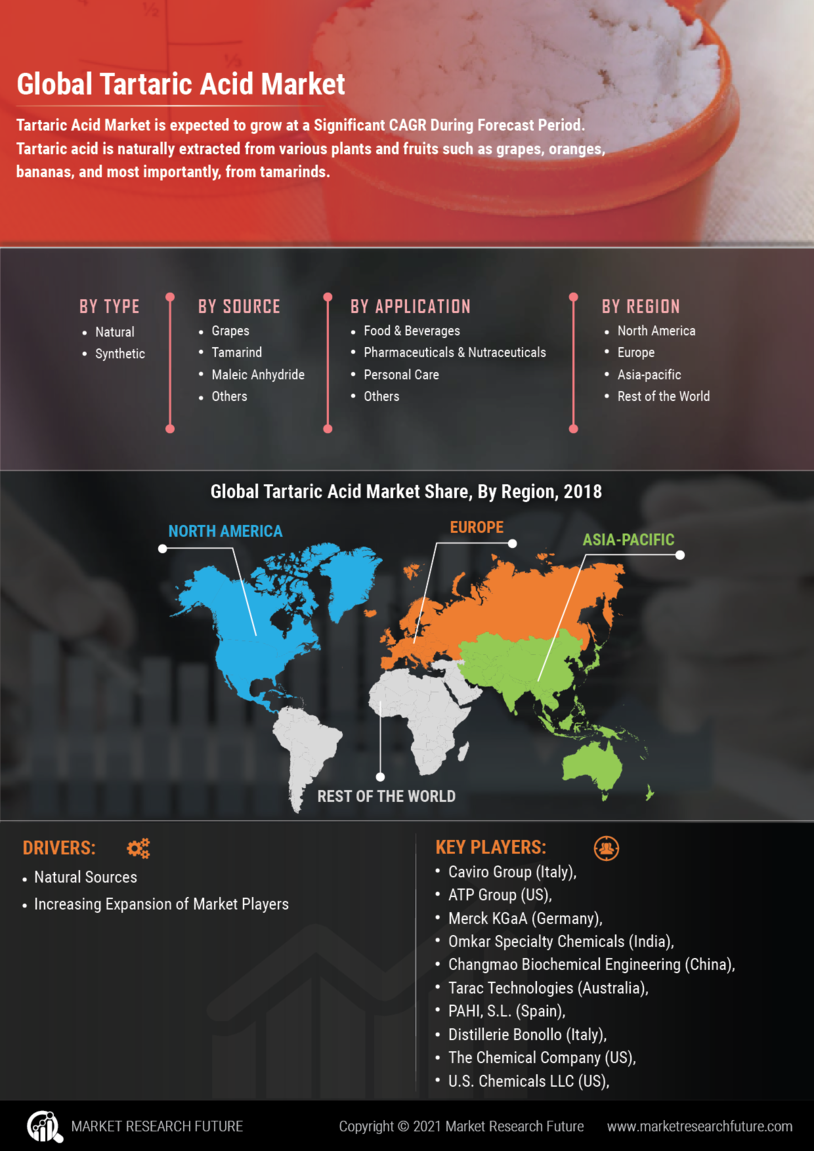 The global Tartaric Acid Market is expected to garner a revenue of USD 430.87 million in 2030 and is expected to register a CAGR of 5.91% during the forecast period of 2020–2030. Tartaric acid is naturally extracted from various plants and fruits such as grapes, oranges, bananas, and most importantly, from tamarinds. Tartaric acids are mixed with baking soda to act as a leavening agent in different culinary recipes. Apart from natural sources, tartaric acid is manufactured on an industrial scale for various applications. Tartaric acid extracts are used in winemaking;  it acts as buffers to regulate antioxidants, acidity, and as preservatives; in other food items, it acts as natural flavor enhancers and food emulsifiers. Furthermore, in the pharmaceutical industry, tartaric acid is used as cores to provide coatings in the manufacturing of capsules and pellets. It aids in providing better accuracy and consistency to drug layering and coating. Additionally, tartaric acid acts as a skin coolant and also as an effective cleansing agent. Thus, it is used as a pH adjuster in various personal care products such as soaps, creams, and lotions. Thus, the growth of these industries across the globe is expected to boost the demand for tartaric acid.

Secondary Sources and MRFR Analysis In 2018, the tartaric acid market in Europe garnered the largest revenue share owing to the high demand for tartaric acid in various food products to improve its flavor. The UK and Germany are the major country-level markets contributing to the growth of North America tartaric acid market. However, Asia-Pacific is expected to register the highest CAGR during the forecast period 2019–2024 due to the increasing expansion of market players in the region and growth of application industries in Asia-Pacific.

Tartaric Acid in food and beverages is estimated to drive the market growth during the forecast p...