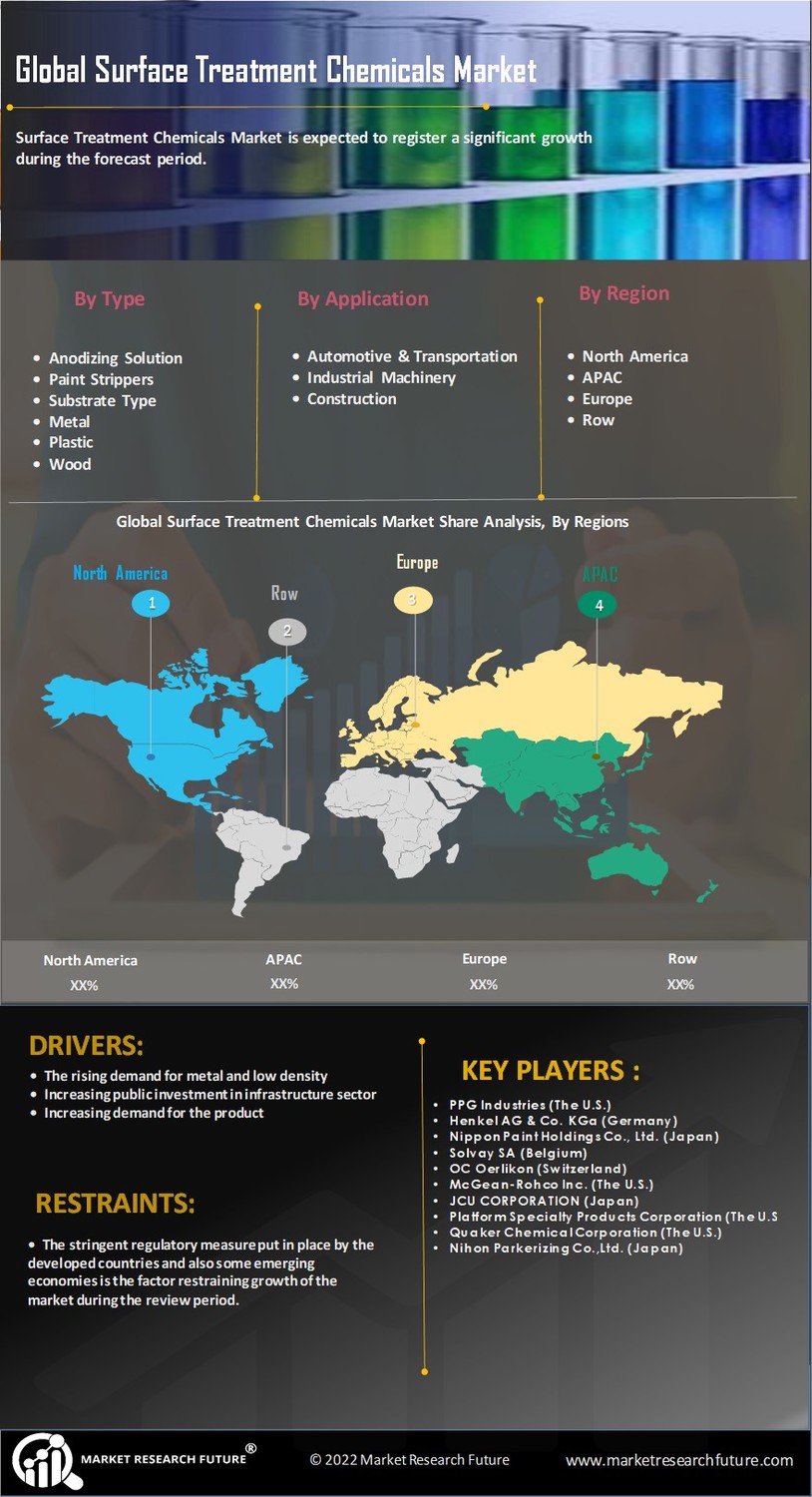 Surface Treatment is the process of altering the surface properties of an already manufactured product to achieve desired characteristic features. It is either mechanical or a chemical process, which is mainly employed to improve appearance, enhance adhesion or wettability, solder ability, resistance to corrosion, tarnish, harmful chemicals, wear & tear. In addition to this, it confers hardness, modifies thermal & electrical conductivity, removes surface flaws, and controls the surface friction & attrition. Additionally, the Surface Treatment Chemicals are deployed in order to provide chemical based surface finishing operations such as reducing or enhancing photosensitivity, striping of paints and other tough stains, corrosion curing, and most importantly electroplating of the metal surface. Their applications can be found in numerous industrial machinery and metals to extend the durability and performance of the same. Moreover, automotive, construction and electrical industries are the major end-users of Surface Treatment Chemicals.

The most important advantage of Surface Treatment Chemicals is that it adds into the lifespan of the metal equipment, which makes it more economical and sustainable choice. The rising demand for metal and low density yet tough material has been observed in emerging industries such as construction, automotive & transport, which is anticipated to reflect in the Global Surface Treatment Chemicals Market. The global sale of passenger cars has been estimated to register mammoth 78.6 million units mark due to rising demand from Asia Pacific and North America. This is projected to have positive repercussions on the Global Surface Treatment Chemicals Market as this industry is the largest consumer of Surface Treatment Chemicals. Furthermore, rapid industrialization in emerging economies such as India, China, South Korea, and other African countries, growing international trade fuelling the transportation sector and expanding residential and commercial infrastructure among construction sector is propelling demand for Surface Treatment Chemicals during the years to follow. However, the stringent regulatory measure put in place by the developed countries and also some emerging economies is the factor restraining growth of the market during the review period. Nevertheless, the major end use industries such as aerospace, defense, and marine will continue the use the of metal due to absence of any significant choice. 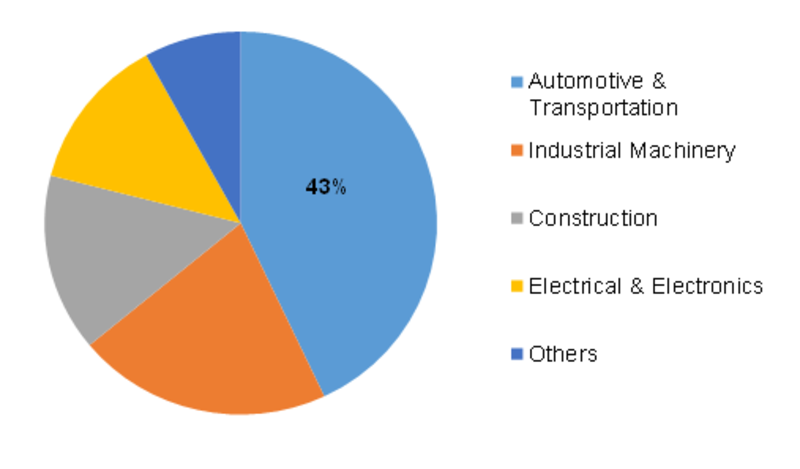 Global Surface Treatment Chemicals Market is spanned across five key regions: Asia Pacific, North America, Europe, Latin America, and the Middle East & Africa. Asia Pacific is the largest and the fastest growing market, among them, owing to the growth of construction industry along with steadily growing automotive and marine industry in the region. India, Japan, South Korea, and China are the major markets in this region due to increasing public investment in infrastructure sector. North America is the second largest shareholder in the Global Surface Treatment Chemicals Market following Asia Pacific. The U.S. is the largest market in this region owing to increasing demand for the product from various industries such as aerospace, marine and defense industries and growing reconstruction activities in this country. Europe is another substantial region in the Global Surface Treatment Chemicals Market and the U.K, France, Germany, and Italy are the major contributor to the growth of this region. The automotive industry in Europe drives the growth of the regional market. Latin America is witnessing a slow but steady rise in industrialization in Brazil, Venezuela, and other countries on the backdrop to pacifying political turmoil and reviving economies. In coming years, growing opportunities in the construction industry in the countries of the Middle East & Africa are likely to propel the growth of the regional market.

Global Surface Treatment Chemicals Market has been segmented on the basis of Type, Substrate Type, Application and Region.

Based on the Type, the market is divided into anodizing solution, paint strippers, passivation, pickling, anti-corrosion, cleaners and others.

On the Basis of the Substrate Type, the market is categorized into metal, plastic, wood.

Why are surface treatment chemicals used?

Surface treatment chemicals are used to improve surfaces by enhancing properties such as surface friction and attrition, hardness, thermal and electrical conductivity or resistance, resistance to corrosion, adhesion, or appearance.

What are the major end uses of surface treatment chemicals?

What is the major driver for the surface treatment chemicals market?

The growing demand for premium passenger automobiles is likely to be the major driver for the global surface treatment chemicals market.

Which is the largest regional market for surface treatment chemicals?

Asia Pacific is the largest market for surface treatment chemicals due to the growing automotive industry in the region.

What are the leading players in the surface treatment chemicals market?