Super Absorbent Polymer Market Information- By Type (Polyacrylamide Copolymer, Sodium Polyacrylate, And Others), By End-Use (Personal Care, Building & Construction, Agriculture, Food Packaging, And Others), and By Region- Forecast Till 2030 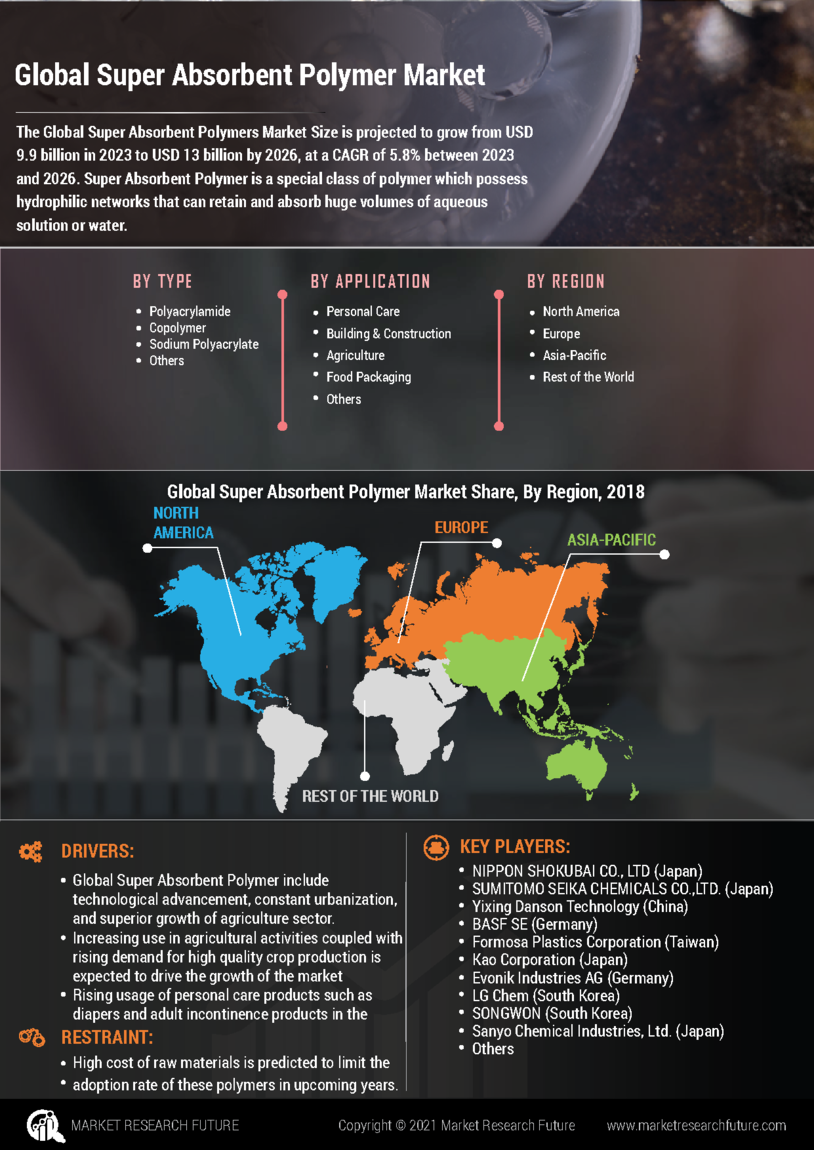 The diapers market is extremely mature in most of the developed countries owing to the significant rate of product penetration. The demand for diapers in the US as well as Japan has gone down due to the drop-in birth rates as well as low fertility rates. This has brought a significant decline in diaper sales across these countries. Therefore, the slowdown of sales of diapers could mean lower demand for super absorbent polymers in the future.

In the present scenario, traditional super-absorbent polymers are generally non-biodegradable and are responsible for substantial share of landfills worldwide. As a result, investments for the development of super absorbent polymers based on renewable materials are expected to create new avenues for the global market. Super absorbent polymers that are made of renewable materials are perfect substitute for petrochemical-based polymers, including potassium polyacrylate, and sodium polyacrylate which are presently deployed in the absorbent core of several disposable diapers, and various other personal hygiene products. 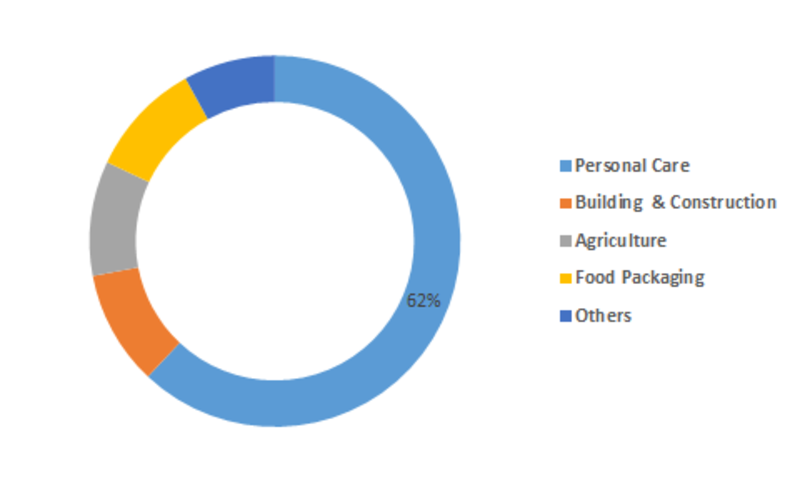 The Global Super Absorbent Polymer Market is categorized into five regions, Asia Pacific, Europe, Latin America, North America, and the Middle East & Africa. The Asia Pacific region is expected to grow with the highest CAGR during the assessment period, (2016 to 2023) owing to expansion of numerous end use industries such as building & construction and agriculture among others. The demand for super absorbent polymer is expected to surge in the various countries of Asia Pacific such as China, India, Japan, Thailand, South Korea, and Malaysia on account of approval of large scale residential, commercial, as well as industrial construction projects. Moreover, rising number of working professionals along with increasing disposable income in emerging nations is predicted to drive the Super Absorbent Polymer Market Growth. Furthermore, ease of availability of raw material, inexpensive labor & land cost, and rising development strategies to fulfil the demand for super absorbent in the rising applications are the important factors for the regional market growth.

Europe emerged as the largest Super Absorbent Polymer Market followed by North America and Asia Pacific. North America is predicted to witness a significant growth in Super Absorbent Polymer Market due to rising awareness regarding the personal hygiene along with increasing consumption of personal care products. Countries of North America such as the U.S. and Canada are among the major contributors in the regional market growth and are expected to see a significant regional market growth due to continuous expansion of personal care sector. While in Europe, countries such as Russia, France, Italy, Germany, Spain, Poland, and U.K have emerged as prominent consumer markets due to developed end use industries and huge investment on R&D and innovation. Moreover, rising demand for packaged food among the working population is estimated to drive the market growth. Latin American countries such as Mexico, Brazil, and Colombia are also estimated to witness steady growth with the involvement of new business models. The Middle East & Africa is predicted to witness a significant growth during the review period. Heavy investment in residential as well as commercial construction sector in Qatar, Kuwait, Oman, Saudi Arabia and the United Arab Emirates (UAE) is estimated to positively influence industry growth during the assessment period. Additionally, tremendous growth in healthcare sector is observed in past few years, which in turn, offers a growth opportunities for these polymers in various countries of the Middle East & Africa.

What are super absorbent polymers and their main types?

Which are the major end-use industries of super absorbent polymers?

What are the major tailwinds pushing the growth of the global super absorbent polymer market?

Wide application scope of these materials in numerous end use industries.

Which region holds the largest share in the global super absorbent polymer market?

Who are the top players in the global super absorbent polymer market?