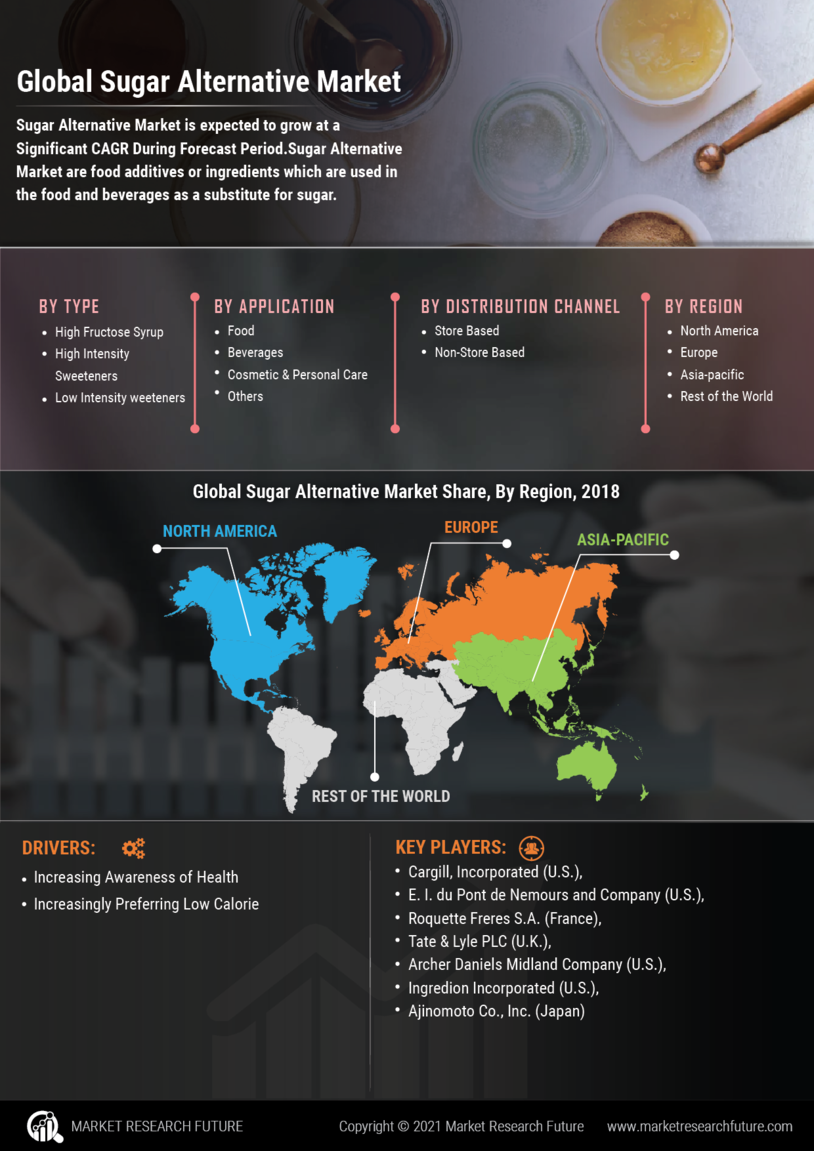 The global sugar alternative market is anticipated to be driven by the increasing awareness of health among the consumer in developing economies. Also, consumers are increasingly preferring low-calorie and healthier foods which in turn positively accelerates the sales of the sugar alternative market is expected to grow at a 4.52%% CAGR and reach USD  24.19 Billion by 2030. On the other hand, processed food products are gaining acceptance among the consumers which is expected to upsurge the sales of sugar alternatives during the forecast period.

The sugar alternative market is segmented under the following regions:


Rest of the world


The report for Sugar Alternative Market of Market Research Future comprises of extensive primary research along with a detailed analysis of qualitative as well as quantitative aspects by various industry experts and key opinion leaders to gain a deeper insight into the market and industry performance. The report gives a clear picture of the current market scenario which includes historical and projected market size in terms of value and volume, technological advancement, macro economic, and governing factors in the market. The report provides detailed information and strategies of the top key players in the industry. The report also gives a broad study of the different market’s segments and regions.

What are the key players in the Sugar Alternative Market?