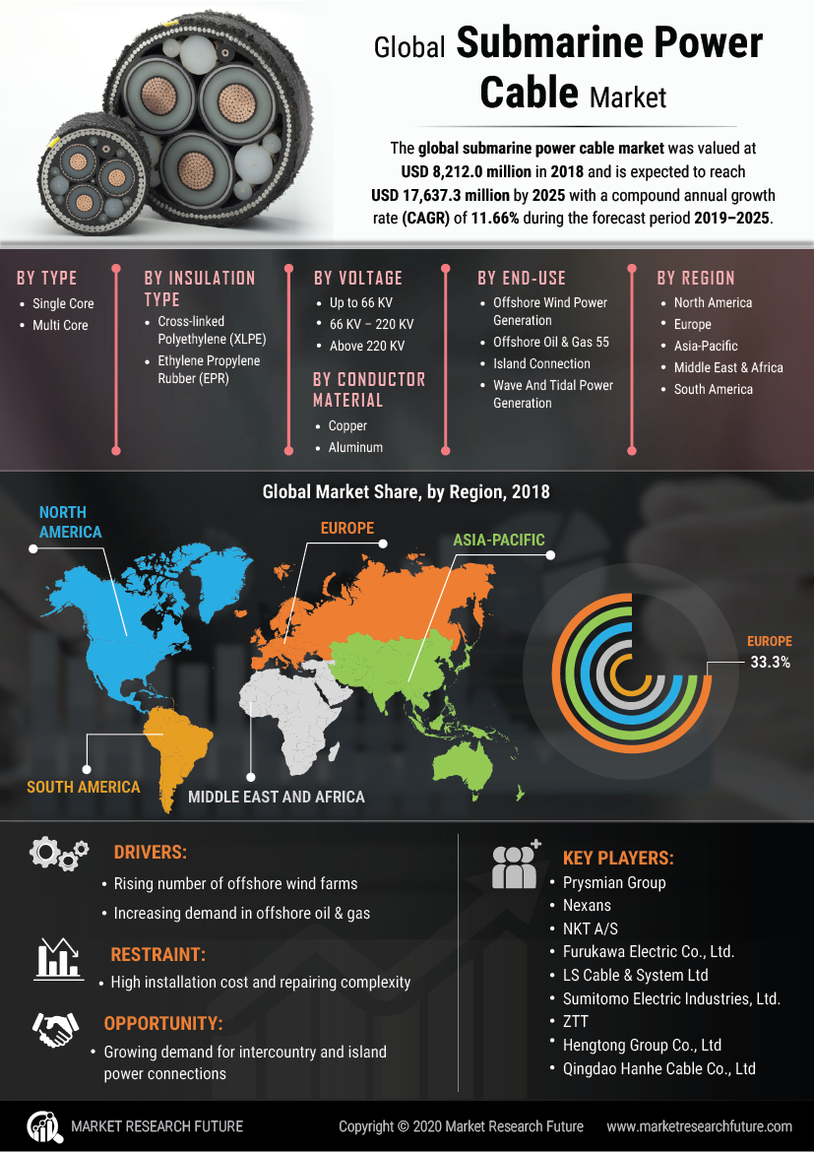 The global submarine power cable market is expected to reach USD 27,154.3 Millions by 2030 with CAGR of 12.5% during the forecast period of 2022 to 2030. Rising number of offshore wind farms is expected to drive global market.

The growth can be primarily attributed to the rising number of offshore wind farms and the increasing demand in offshore oil & gas operations. The growing demand for intercountry and island power connections is expected to create opportunities for the submarine power cable market players during the forecast period. However, the high installation costs and repairing complexity are expected to form a restraint in the growth of the submarine power cable market during the forecast period.

COVID-19 has led to severe impact across all the industries around the world. The rapid spread has led governments across the globe to take stricter actions for the operations of industrial plants and offices, leading to stricter lockdowns. The lockdown had a notable impact on the power sector overall as power demand had decreased majorly from commercial and industrial sectors. Moreover, the virus also had a significant impact on the factories manufacturing electric cable and accessories due to the non-availability of staff and factory shutdowns. The impact was in terms of decline in revenues and challenging situation with managing cash flow for the companies. Moreover, India's daily power demand reduced to 28% since the beginning of the nationwide lockdown in March 2020. This can be attributed to the closure of factories and offices in the commercial and industrial sectors. Distribution companies have had to incur higher aggregate technical & commercial (AT&C) losses compared to the levels specified by the regulators since the T&D losses incurred are higher than what was earlier predicted.


The demand for energy has been growing globally at a steady rate and is expected to grow submarine power cable market steadily during the forecast period. Rising income, increased access to electricity, and urbanization are the primary reasons for the rising demand of electricity globally. According to statistical data from IEA, energy demand in 2019 grew by 2.3% from 2018, primarily due to the growing heating and cooling needs worldwide. Energy generation companies have been focusing on renewable energy generation to reduce carbon emissions and promote sustainable growth globally. Furthermore, the rising concerns about the growing carbon emissions and the efforts to curb them result in a need to increase the share of renewable energy such as wind and wave & tidal energy in the power generation mix.


Submarine power cable market are used for the transmission of electricity over long distances with low power losses. Authorities in many countries around the world are planning to ensure energy security in islands as well as other countries. Submarine power cables are preferably used for transmitting high power to such locations from the generation sites beneath the water bodies. However, geopolitical and geological instability due to the influence of various geographic and political factors is among the primary concerns for the operators in establishing islands and intercounty power connections.


Single core segment refers to submarine power cables being suitable for both ground and underwater applications. Such single core power cables contain single applications that are constructed with materials such as copper and aluminum. Some of the primary materials used to encapsulate these types of cables include stainless steel, ethylene propylene, and cross-linked polyethylene. These single core cables are either stranded or solid core in nature.


Multi core cables consist of more than one electric conductor that is generally insulated from each other. Such cables are primarily used to transmit electricity and signals in sectors including power generation and automobiles. The increasing demand of electricity is the primary driver increasing the demand for multi core cables. A multi core cable has a polyethylene jacket that is used to protect such cables against environmental and other harmful factors.


Ethylene Propylene Rubber refers to the insulation material based on copolymers of propylene and ethylene. Such cables are widely used owing to its features such as high dielectric strength, flexibility, easier in install, and low thermal expansion. Sometimes, EPR cables are blended with polypropylene or polyethylene for getting enhanced physical properties. Companies have been focusing on the development of ethylene propylene rubber insulated cables. This segment is expected to grow steadily during the forecast period with a rise in the installation of EPR insulated cables in oil & gas, submarine, and power generation industry.


Copper is a soft, malleable, and ductile metal with properties of high electrical and thermal conductivity. The use of copper in the construction of submarine power cables offers better corrosion resistance and conductance as compared to aluminum. This as a conductor can be stranded or solid wire depending upon the requirement of end users. Copper has higher specific weight than aluminum, which offers better stability under the seabed, which is expected the fuel the growth of copper as a conductor material in the global submarine power cable market.

The global submarine power cable market has been segmented, on the basis of region, into North America, Europe, Asia-Pacific, Middle East & Africa, and South America. 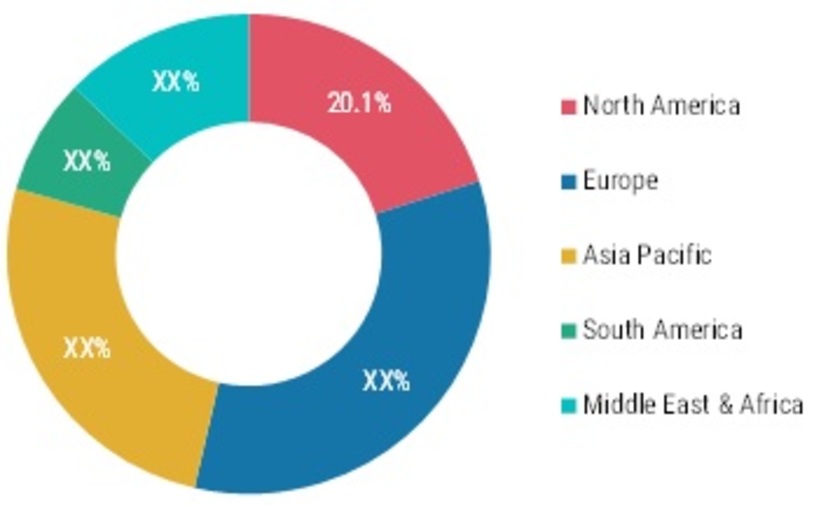 Europe accounted for the largest market share of in 2020, with a market value of USD 2,827.7 million; the market is expected to register the highest CAGR of 13.8% during the forecast period.

China accounted for the largest market share in 2020 in the Asia Pacific region. The market is expected to register the highest CAGR of 15.4% during the forecast period. Japan was the second-largest market in 2020 and is projected to witness growth at a CAGR of 12.3% during the review period.

The global submarine power cable market is characterized by the presence of many local, regional, and global vendors. The market is highly competitive, with all the players continually competing to gain a larger market share. High competition, rapid advances in technology, frequent changes in government policies, and stringent environmental regulations are some of the critical factors that could restrain the submarine power cable market growth. The vendors compete in terms of cost, product quality, reliability, and aftermarket services. It is crucial for vendors to provide cost-effective and efficient products to survive and succeed in a competitive market environment.

Who are the major manufacturers in the Submarine Power Cable Market?

What will be the CAGR of submarine power cable market?

12.5% will be the CAGR of submarine power cable market.

Which region held the maximum share of the submarine power cable market?

What segments are covered in the Submarine Power Cable Market report?

What will be the valuation of Submarine Power Cable Market till 2027?

Expected to boost the growth of the global submarine power cable market at a CAGR of 12.5% during...