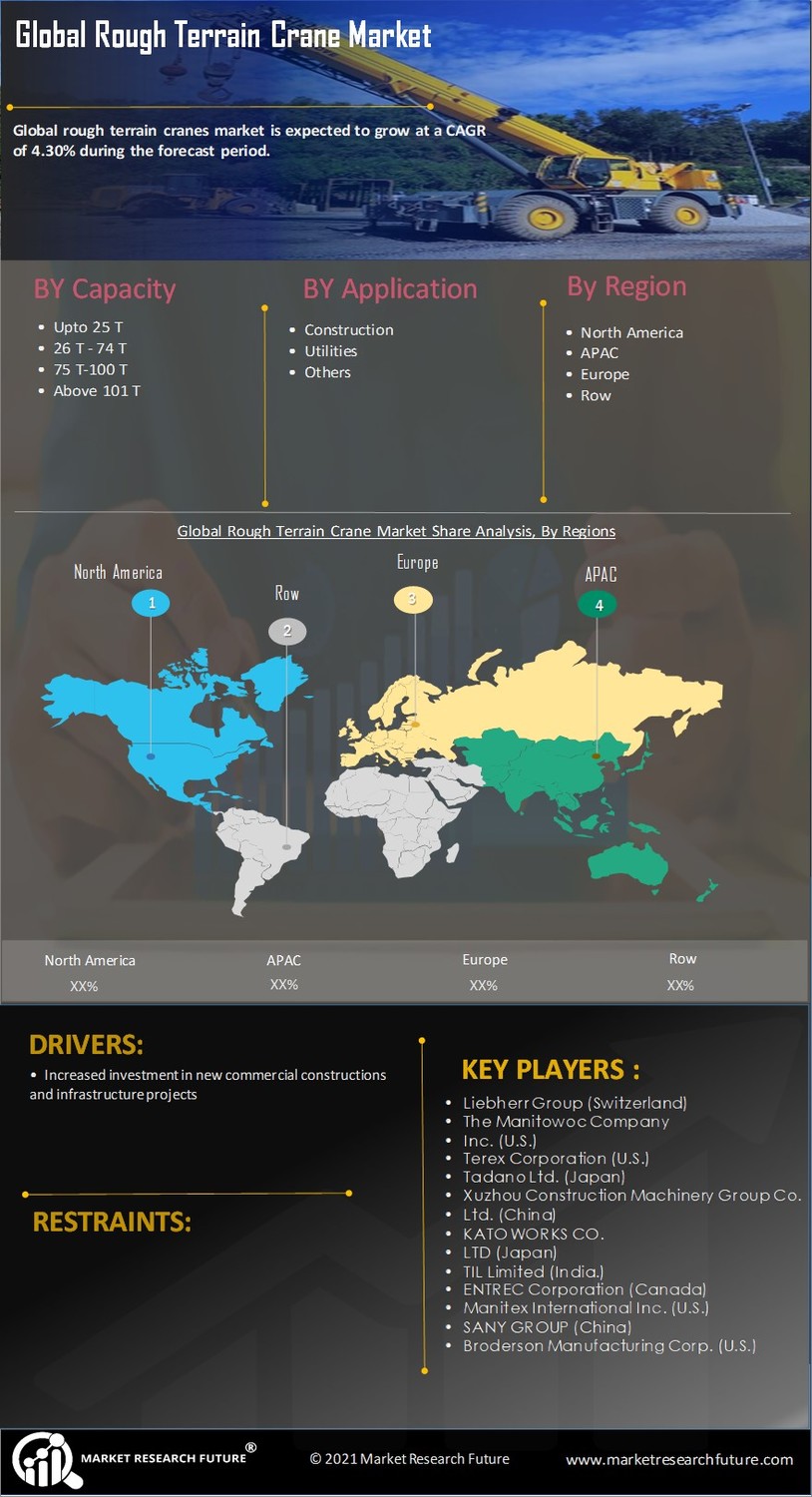 Global rough terrain cranes market is expected to grow USD 20,318.90 million at a CAGR of 4.80% during the forecast period.

Geographically, the global rough terrain crane market has been divided into four major regions, and they are North America, Europe, Asia Pacific and Rest of the World. Asia Pacific, of all the regions, has accounted for the largest market share, in 2016, followed by Europe and North America. Asia Pacific is expected to grow at the highest CAGR during the forecast period. Increase in construction activities in countries such as China, Japan, India, and Indonesia, is the major factor fuelling the growth of the Asia Pacific market. Additionally, increase in industrialization, rising urbanized population, and growth in spending capacity are the factors strengthening the growth of the market in Asia Pacific region. China is one of the leading markets in the Asia Pacific region. The Chinese Government issued several favorable policies for lowering the proportion of down payment for second house loans and exempting of sales tax for ordinary housing. This helped the recovery of commercial housing market. This will be a positive influence on the growth of the market.

Increasing up gradation, repair & rehabilitation of the existing infrastructure and power grids & distribution networks, drive the growth of the Europe market. Germany and the U.K. are the major markets in Europe. In U.K., construction values of both, public and private sectors, are increasing, continuously. This will increase the demand for the market in the future. North America is another major region for the market. U.S. is a major markets in North America.  Steady developments in commercial and residential structures in the U.S., is anticipated to fuel the demand for the market in the region.Industry Updates

July 2019 - Manitex International, Inc., a leading provider of highly engineered mobile cranes, announced the expansion of its crane distribution network with the inclusion of two companies. Terex Dealers MADISA Group based in Mexico and Wyoming Machinery Company based in Wyoming are joining Manitex's network 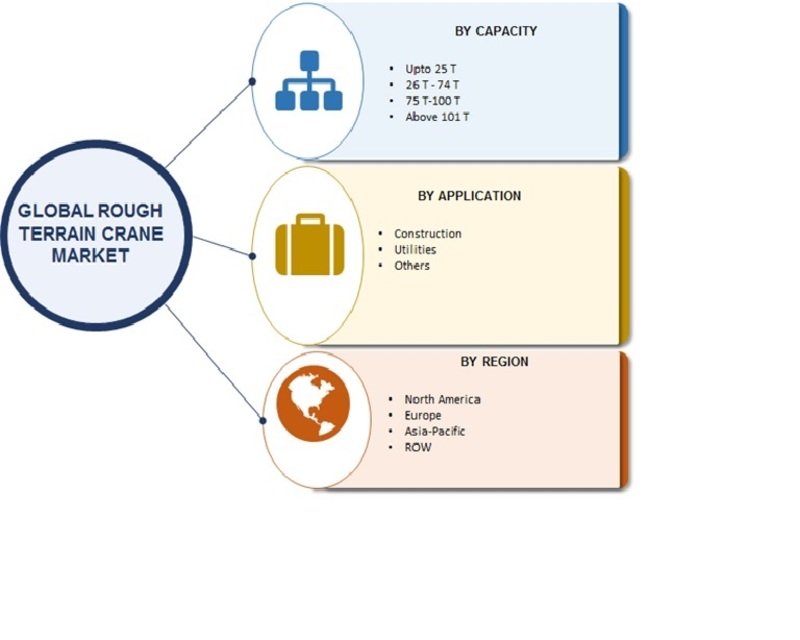 Based on application, the market has been segmented as construction, utilities and others. Construction segment accounted for the largest market share. Due to the increasing population and urbanization, there has been a shift in the population to urbanized areas, especially in developing nations. This transition leads to an increased demand for homes and residential complexes. This drives the demand for rough terrain cranes in this sector. Additionally, increased investment in new commercial constructions and infrastructure projects also drive the demand in this sector. Utility is another major application of the market. Increasing investments in power transmission and distribution (T&D) networks is a factor driving the market for rough terrain crane.

The report for Global Rough Terrain Crane Market of Market Research Future comprises extensive primary research along with the detailed analysis of qualitative as well as quantitative aspects by various industry experts, key opinion leaders to gain the deeper insight of the market and industry performance. The report gives the clear picture of current market scenario which includes historical and projected market size in terms of value and volume, technological advancement, macro economical and governing factors in the market. The report provides details information and strategies of the top key players in the industry. The report also gives a broad study of the different market segments and regions.

At what CAGR is the global rough terrain crane market projected to grow in the forecast period (2022-2030)?

Which is the major segment in the global rough terrain crane market?

What are the major tailwinds pushing the growth of the global rough terrain crane market?

Technological innovations in crane models that have been facilitating lightweight and more energy efficient cranes and high initial investments are the major tailwinds pushing the growth of the global rough terrain crane market.

Which region holds the largest share in the global rough terrain crane market?

Who are the top players in the global rough terrain crane market?

Global Rough Terrain Cranes Market, to grow at ~ 4.30% CAGR, during the forecast period