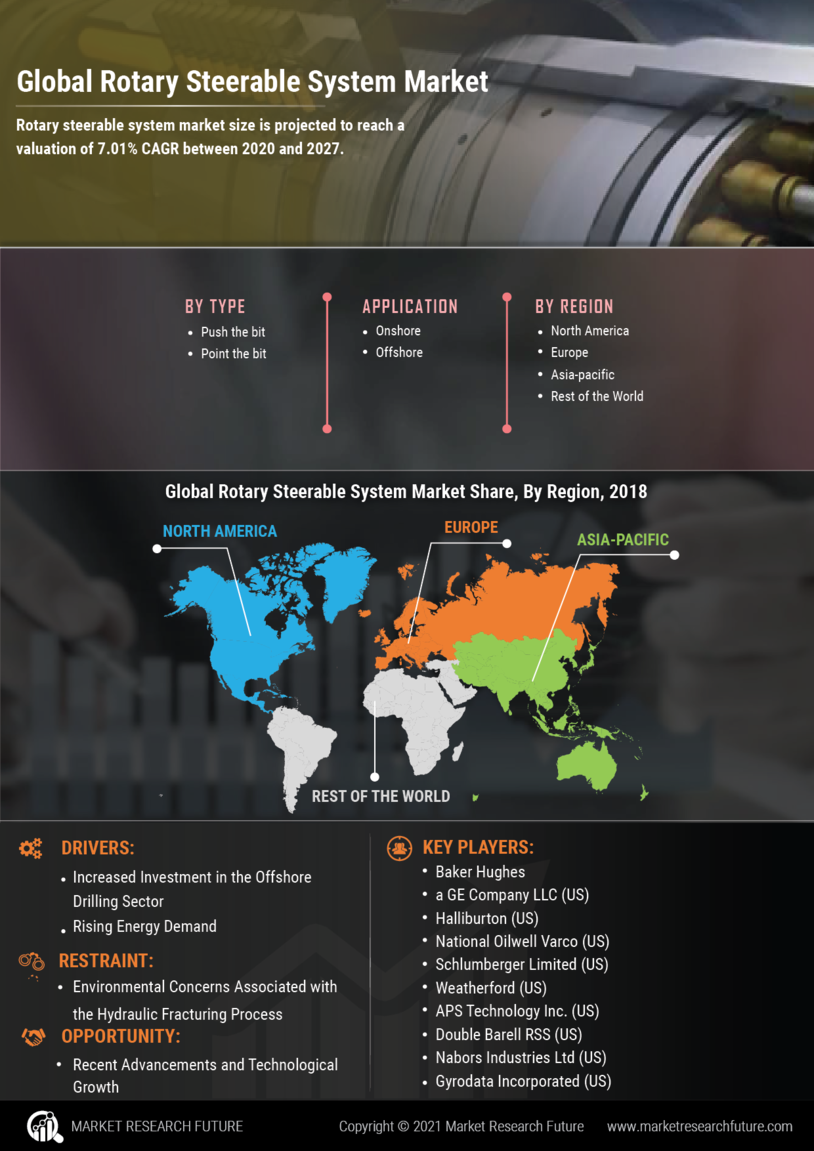 COVID-19 has led to severe impact across all the industries around the world. The rapid spread has led governments across the globe to take stricter actions for the operations of industrial plants and offices, leading to stricter lockdowns. The COVID-19 pandemic has had widespread economic impacts on households and businesses across the world, which has implications on the outlook for rotary steerable system market. The recent drop in oil prices has dealt a crushing blow to the already troubled rotary steerable system industry. When the oil price collapsed in early March 2020, sending prices plunging from the mid-$50s to the low-$20s, many rotary steerable system companies were still struggling with their balance sheets and profitability after the 2014 price drop the subsequent fallout. The COVID-19 crisis caused demand to contract, and a price war between OPEC and Russia erupted, resulting in this unprecedented price drop. This in-turn has impacted the growth of rotary steerable system market.


Growing investments by major countries is expected to boom the demand for directional drilling especially in the developing economies during the forthcoming years. India is predicted to be a major contributor to global non-OECD petroleum consumption growth. Crude oil imports increased dramatically from US$ 70.72 billion in 2016-17 to US$ 101.4 billion in 2019-20.


Hydraulic fracturing, also known as "fracking," is an oil and gas well development method that includes pumping high-pressure water, sand, and chemicals into a bedrock formation through a well. This procedure aims to create new cracks in the rock while also enlarging, extending, and connecting existing fractures. Hydraulic fracturing is a well-stimulation process used to improve oil and/or gas flow to a well from petroleum-bearing rock formations in low-permeability rocks such as tight sandstone, shale, and some coal beds. Improved permeability in subsurface geothermal reservoirs is achieved using a similar technique. Many established oil and gas producing regions, as well as other locations new to the petroleum business, use hydraulic fracturing.

The following are some of the environmental challenges that are especially related to hydraulic fracturing:


To meet the growing demand for oil and gas the new oilfields are discovered. In recent years, several new oilfields have been discovered, including a 2400-square-kilometer area in Iran's Khuzestan region. A total of 155.6 billion barrels of crude oil were predicted to be in the field. In addition, continuous deep-water oil, and gas development in the Atlantic Ocean basins, as well as huge reservoirs in Brazil, Western Africa, and the Gulf of Mexico, are expected to create opportunities in the oilfield services business.


The push the bit is expected to hold the largest share in the global market during the forecast period. Push-the-bit tools have pads on the outside surface of the tool, which press against the wellbore, thereby eventually causing the bit to press on the opposite side, causing a direction change. The drill bit, the bottom and higher centralizers make a three-point contact in the push-the-bit steering mechanism. The ribs stretch out and engage with the formation under the control of the control platform, and the bias steering function of the bit direction is accomplished by the formation's reaction force.


The drill, the lower, and the higher centralizers make a three-point contact that steers the bit. The internal structure "bends" the shaft in the system under the operation of the control platform, and the system main shaft is connected to the drill shaft to realise the offset guiding function.


Onshore application is widely implemented in North America and the Middle East & Africa, where the maximum number of onshore wells and manufacturers and providers are located for rotary steerable system. The other factors driving the growth of onshore applications are improved investment in oil and gas and new well discoveries, which are expected to contribute to the segment's growth in the global market during the forecast period. Onshore drilling services include the construction of production, exploration and appraisal oil and gas and certain other types of wells, including vertical, deviated, and horizontal wells, ranging from a depth of approximately 1,200 meters to some wells in excess of 6,400 meters. Additionally, oil-based drilling muds help in maintaining the pH levels during drilling operations, to withstand the effects of wellbore gases, such as hydrogen sulfide and carbon dioxide. increasing development of shale and tight gas reserves across the globe is expected to boost the usage of oil-based drilling fluids, during the forecast period.


Offshore drilling is expected to have a huge number of advancements over the forecast period owing to continuous developments in end-use industry coupled with growing demand for exploration and production expenditure in oil industry. The market is also expected to have high expansion activities by multinationals and well-established companies. Moreover, oil companies are shifting to offshore drilling as the amount of oil produced per day from offshore is significantly higher than from onshore. Besides the lifespan of offshore oilfields are longer than that of onshore fields. 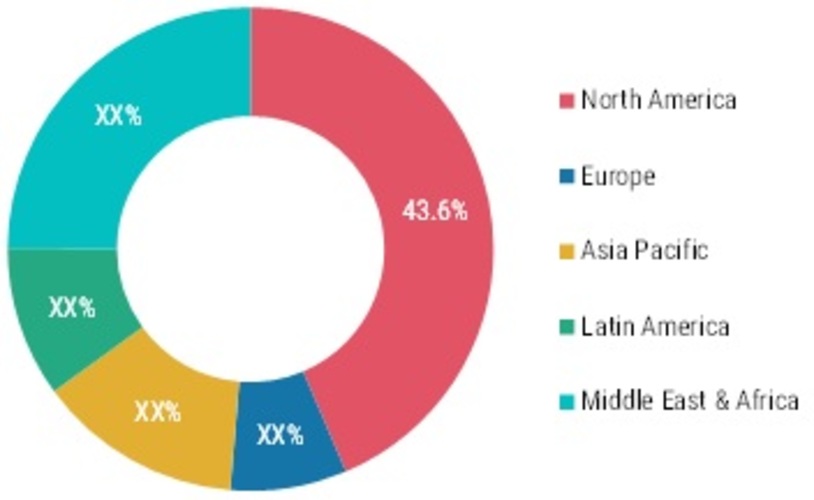 
Europe has been segmented into Germany, Russia, Italy, France, the UK, Spain, Norway, and the Rest of Europe. The availability of natural gas reserves in Europe in the North Sea, Black Sea, the Caspian, the Mediterranean, the Norwegian Sea, and the Barents Sea and the presence of large shale gas reserves present lucrative opportunities for the players operating in the European and international markets. In other nations, such as the United Kingdom and the Netherlands, demand is very high. The North Sea region offers a good market potential for drilling and completion fluids since fresh exploration activity is at an all-time high, owing to lower production levels in recent years and a shift to considerably deeper waters in search of new oil and gas deposits. As a result of the recent drop in crude oil prices, oil and gas corporations have cut their output levels while also implementing efficiency measures to minimise operational costs. Norway's operating costs have dropped by 30%. In the last two to three years, the unit operating costs on the UK Continental Shelf have decreased by roughly 50%, and this trend is projected to continue.

The global rotary steerable system market is characterized by the presence of many international, regional, and local players. The increasing investments in directional drilling and the rising demand for energy across the globe make the rotary steerable system market lucrative. To expand their reach and optimize their operational costs, the major players focus on obtaining regulatory authorizations from government agencies for their products and emphasize acquisitions and product launches to gain a substantial market share. For instance, in November 2020, D-Tech launched its Invictus rotary steerable tool (RST). This product launch will allow directional firms to use the RST with their preferred measurement while drilling (MWD) sensors for real-time downhole communication, giving all users a better awareness of downhole conditions at the lowest cost.

At what CAGR is the Rotary Steerable System Market predicted to grow during the forecast period?

Rotary Steerable System market is predicted to grow at 5.74% through forecast period of 2020-2028.

Who are the major participants of the market?

Which region will lead the global Rotary Steerable System market?

What are the key factors driving the Rotary Steerable System market?

What is the forecast period of Rotary Steerable System market research report?

Growing shale oil and gas industry and increase in investments toward directional drilling are ma...