Returnable packaging market is expected to grow at a CAGR of 6.2% during the forecast period.

Returnable packaging is used in various end-use industries such as food & beverages, automotive, pharmaceuticals & healthcare, and consumer goods. Geographically, the global market for returnable packaging has been divided into four major regions — North America, Europe, Asia-Pacific, and the rest of the world. European region accounted for the largest market share, in 2017, followed by the North America and Asia-Pacific. Factors affecting the growth of this market are increased awareness about sustainable packaging and strong industrial base in this region. In addition, improvements in the economy of this region and increase in demand for packaged food & beverages driving the growth of the market. 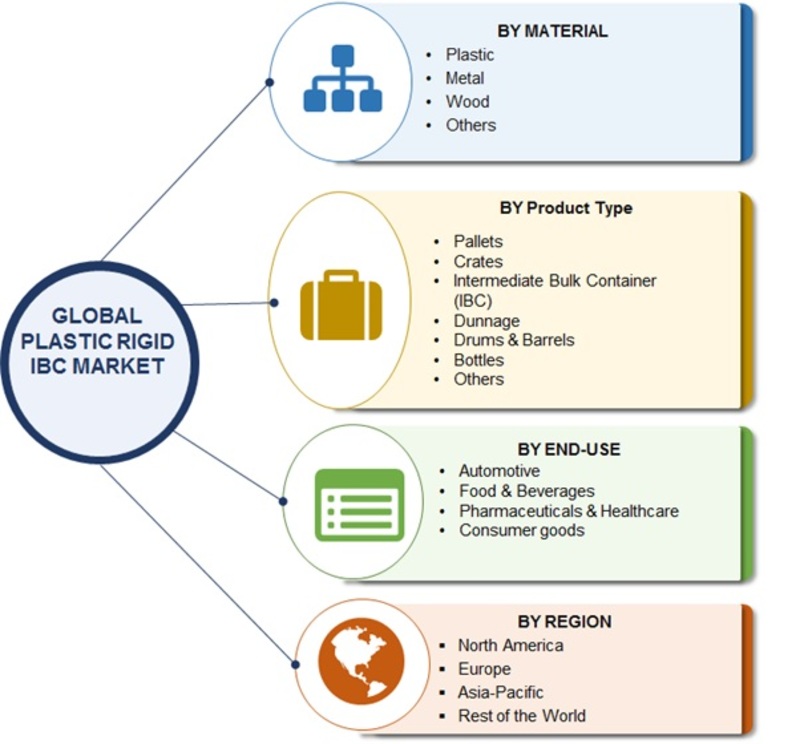 For the purpose of analysis, the global returnable packaging market has been divided on the basis of four segments: material, product type, end-use, and region. On the basis of material, the market has been segmented into plastic, metal, wood, and others. Under the material segment, plastic accounts for the largest market share. Plastic returnable packaging is preferred due to their extensive flexibility, reusability and cost effectiveness.

On the basis of product type, the market has been segmented as follows: pallets, crates, intermediate bulk containers (IBC), dunnage, drums & barrels, bottles and others. IBC containers to dominate the product type segment of the market and the same is expected to grow at the highest CAGR during the forecast period. Rise in demand from various end-use applications like food & beverages and petroleum & lubricants is driving the growth of this segment. IBC’s are preferred due various features such as high strength, durability and long span. Pallets segment is expected to contribute significantly during the forecast period mainly due to increase in demand for consumer goods.

On the basis of end-use, the market has been segmented as automotive, food & beverages, pharmaceuticals & healthcare, and consumer goods. Automotive dominates the end-use segment and is expected to grow at a highest CAGR during the forecast period. Increased us of returnable containers by automotive manufactures to transport different parts of automotive components to suppliers and the need for cost reduction for automotive manufactures to handle competition are the factors driving the growth of the market. Food & beverages segment is also expected to contribute significantly during the forecast period mainly due to increase in demand for storage and transportation of bulk food products and various beverages.

Returnable packaging is also termed as reusable packaging that is made of durable materials like polypropylene and corrugated plastics. It is designed for multiple trips and has extended shelf-life. Various features associated with returnable packaging are cost effectiveness, improved product safety and reusability.

What is the predicted market value of the global returnable packaging market?

The global returnable packaging market is recorded a substantial market valuation by 2027.

What is the estimated growth rate of the global returnable packaging market?

The global returnable packaging market is projected to register a moderate 6.2% CAGR in the forecast period.

What is the material segment of the global returnable packaging market expected to witness the highest growth?

The plastic segment is slated to expand as the fastest-growing segment.

What is the end-use segment of the global returnable packaging market expected to witness the highest growth?

The pharmaceutical and healthcare segment is slated to expand as the fastest-growing segment.

Who are the key players operative in the global returnable packaging market?