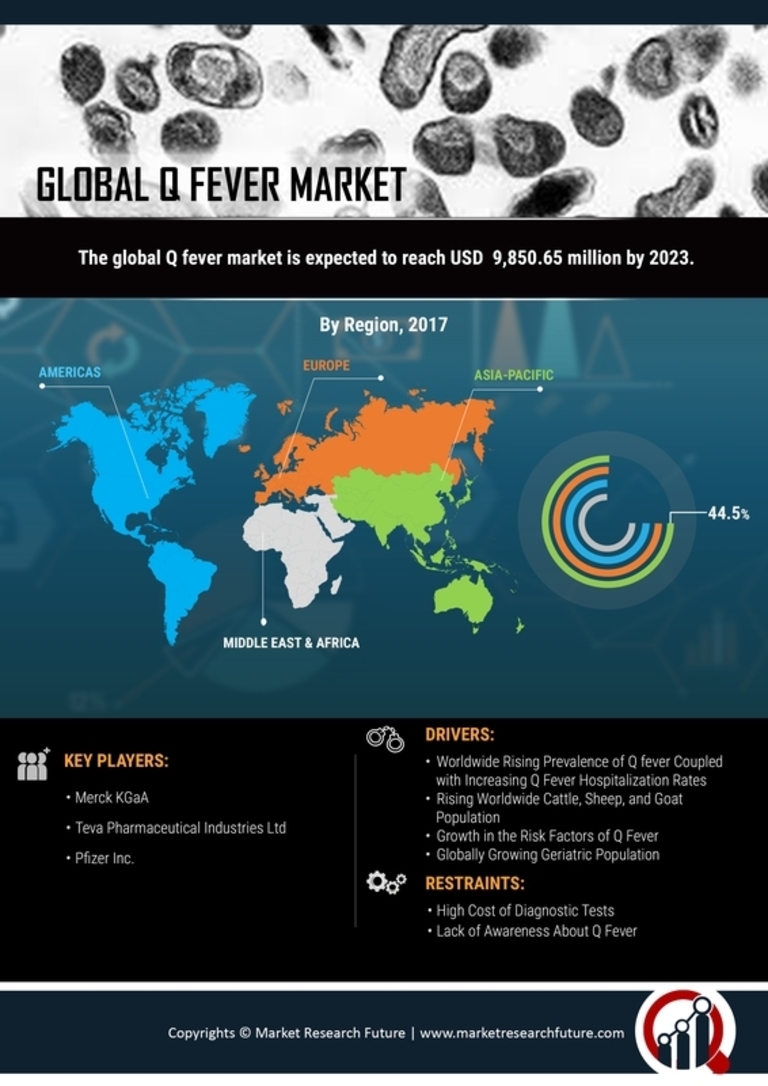 The Q Fever market is anticipated to reach USD 4213.38 Million by 2030 at 4.60% CAGR during the forecast period 2022-2030. Some of the protuberant drivers supporting the growth of the Q fever market are identified as growth in the prevalence of chronic diseases and the increasing number of patients suffering from various bacterial infections.

Q fever is a bacterial infection caused by the bacteria Coxiella (C.) burnetii. C. burnetii has a reservoir in birds and mammals, especially cattle, sheep, and goats, and is most often an occupational disease affecting farmers, veterinarians, and slaughterhouse workers. The Q fever infection, mostly chronic Q fever is severe with complications including endocarditis, encephalitis, pneumonia, hepatitis, and splenomegaly requiring hospitalization. As per the data provided by the Centers for Disease Control and Prevention (CDC), between 2002 and 2014, the Q fever hospitalization rates were increased from 25.0% to 68.0%. In the US, the prevalence of Q fever was high in four states, namely, California, Texas, Colorado, and Illinois. Additionally, in 2014, the highest incidence rate of Q fever which was at least 1.0 case per million persons was found in Arizona, Arkansas, Colorado, Idaho, Montana, Nebraska, North Dakota, Oregon, South Dakota, Utah, and West Virginia. Moreover, according to the European Centre for Disease Prevention and Control (ECDC), in 2016, 1,102 cases of Q fever were reported in the European Union (EU)/European Economic Area (EEA), out of which 1,058 (96%) were confirmed.

Global Q fever, by type, segmented into acute and chronic. Chronic is the leading segment, which is growing at the highest CAGR to reach USD 706.20 thousand during the forecast period. Chronic Q fever is a life threating problem and causes damage to the heart, lungs, liver, brain, and could cause diabetes as well. The major share of the chronic segment is attributed to its high prevalence.

Based on diagnosis, Q fever market is segmented into serology tests and others. The serology tests account for major share with 8.32% CAGR during the forecast period. Under the serology test, Q fever is diagnosed through antibody blood tests, polymerase chain reaction (PCR) tests, immunoperoxidase staining, complement fixation, enzyme-linked immunosorbent assay (ELISA) tests, and other molecular tests.

The Q fever market, by treatment, is segmented into antibiotic and surgery. The antibiotics segment accounts for the second largest share in the market with 7.32% CAGR during the forecast period. Surgery is an important component of treatment if patients have extensive valvular damage or indications of heart failure.

On the basis of end user, the market is segmented into patients, hospitals and clinics, and others. The patient segment accounted for a considerable market share of 72.1% as of 2017. 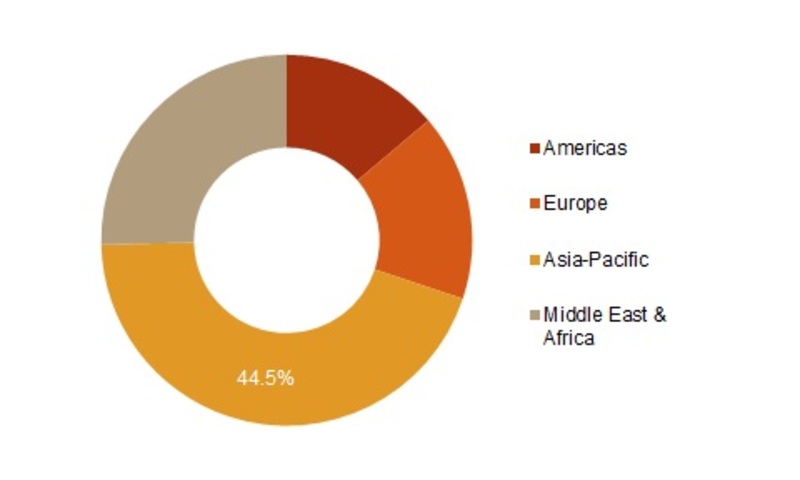 The Asia-Pacific accounted for the largest market share of 44.5% as of 2017 and is projected to grow at the highest CAGR of 8.57% during the forecast period. The increasing prevalence of chronic diseases such as diabetes, cancer, and bacterial infection in developing countries is the major driver for market growth. According to the International Diabetic Federation, about 415 million people had diabetes across the globe in 2015, which is expected to reach 642 million by 2040. It also stated that 98.4 million and 65.1 million diabetic population lived in China and India, respectively.

The Asia-Pacific is followed by Europe, which accounted for a major market share. The European market is expected to grow at a strong growth rate during the forecast period owing to the availability of advanced treatment facilities and healthcare expenditure along with growing pet adoption.

The Americas accounted for a significant share in the Q fever market. It is attributed to the increasing adoption of pets, increasing preventive treatments, and care facilities for companion animals, rising technically advanced devices, and growing awareness regarding animal-transmitted diseases.

At what CAGR is the Q fever market projected to grow during the forecast period?

Which region is expected to lead the Q fever market?

The Americas is expected to lead Q fever market.

What will be the value of the Q fever market during the forecast period?

What are the key factors driving the Q fever market?

What are the different types of acute fever?

Chronic and acute are the different types of acute fever.