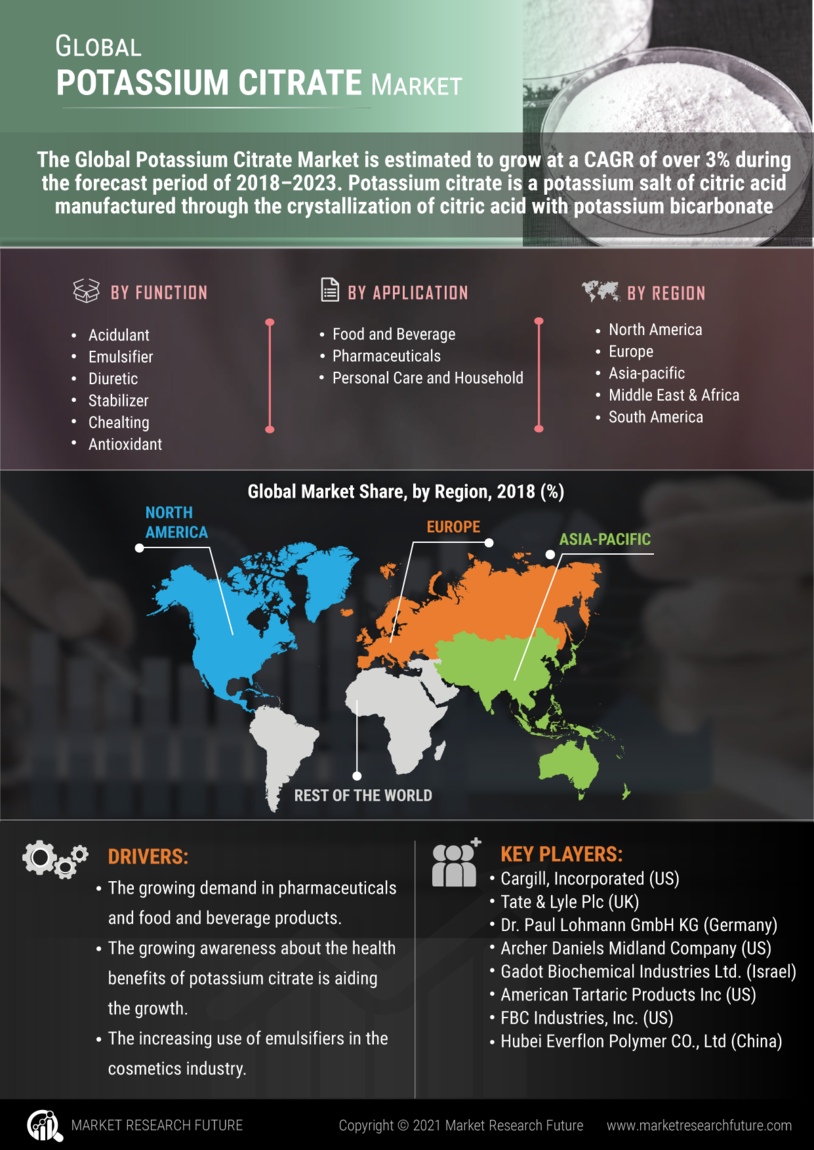 Potassium Citrate Market Overview The potassium Citrate Market and is expected to reach USD 817.55 million by 2028, growing at a CAGR of 3% from Forecasts Period (2021-2028). Citric acid crystallizes with potassium bicarbonate to produce potassium citrate, which is a potassium salt of citric acid. Potassium citrate is used as an acidulant, emulsifier, stabilizer, chelating agent, and antioxidant in a variety of applications. In the food and beverage business, potassium citrate is widely utilized as a significant ingredient in beverages, bakery items, dairy products, and other products. It's also utilized as a food additive because it helps to control acidity. Furthermore, potassium citrate is employed in the healthcare industry as an emulsifying agent. The rising demand for pharmaceuticals and food and beverage items are the main drivers of the market's expansion. Furthermore, rising public awareness of potassium citrate's health benefits is assisting the market's expansion. In terms of function, the emulsifier segment dominated the potassium citrate market and is likely to continue dominating during the forecast period. Emulsifiers are widely utilized in bread and confectionery products in the food and beverage sector. The cosmetics industry's increased use of emulsifiers is also contributing to the market's rise. 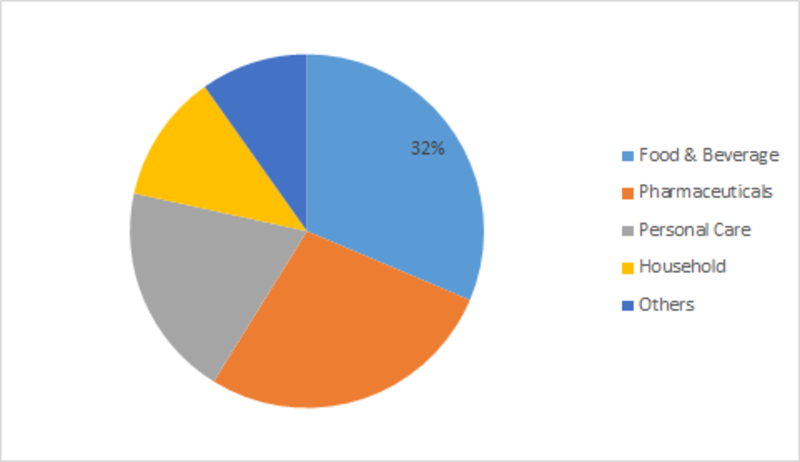 The potassium citrate market has been segmented into five regions, namely, Asia-Pacific, North America, Europe, Latin America, and the Middle East & Africa. Asia-Pacific accounted for the majority share of 23% of the market in 2017 and is expected to be the fastest-growing regional market during the forecast period. The growing population and the increasing personal disposable income in the developing nations are primarily driving the growth of the potassium citrate market in Asia-Pacific. Moreover, the growing food & beverage and healthcare industries in the region are also generating substantial revenue. The growing per capita income in the region has led to the increased demand for cosmetics and personal care products which is expected to drive the growth of the potassium citrate market in the region. North America is another dominant region in the global market. The presence of developed end-use industries and the growing adoption of potassium citrate are the major factors contributing to market growth. The demand for on-the-go food products and processed meats is increasing in the region, which is driving market growth. The European market is expected to grow at a steady rate during the forecast period. Increasing health concerns and the developed cosmetics and personal care industry in the region is positively impacting market growth.


In February of 2021, A business update from Parisian biotech Advicenne has been released, concentrating on the most recent positive scientific outlook for ADV7103 (potassium citrate/potassium hydrogen carbonate) in Europe. Advicenne is developing an application for the treatment of distal renal tubular acidosis, a rare genetic disease that affects the kidneys' ability to remove acid from the blood (dRTA). November 2020 is the target date. Gadot Biochemical Industries, based in Israel, recently completed the construction of a production process to produce special grades of Tri-Sodium Citrate (TSC) and Tri Potassium Citrate (TPC) that allow customers to meet the stringent chlorate content requirements of Regulation (EC) No.396/2005 for infant food. The company is the only global supplier of one-of-a-kind mineral additives with a concentration of less than 0.1 mg/kg, allowing customers to meet their regulatory requirements.

The report offers a brief analysis of the major regions in the market, namely, Asia-Pacific, Europe, North America, Latin America, and the Middle East & Africa.

At what CAGR, the potassium citrate market would grow during the forecast period of 2021-2030?

What would be the major factors for the potassium citrate market growth?

Increasing demand from pharmaceuticals and food & beverage industries would assist the growth.

Which regional potassium citrate market had the lead in 2020?

The Asia Pacific market had the lead in 2020.

Name the major participating companies in the potassium citrate market.

What would help the European potassium citrate market grow?

Potassium citrate in the food and beverage sector is expected to drive market growth during the f...