Particle Therapy Market is accounted for USD 1.1 billion and expected to register 7.4% CAGR during the forecast period

Particle Therapy Market Overview The Particle Therapy Market is accounted for USD 790.45 million in 2017 and expected to register 9.1% CAGR during the forecast period. Particle therapy is one of the most advanced types of external beam radiation therapy for oncology in the world. This method saves more healthy radiation tissue than traditional photon therapy. These particles have better physical intrinsic qualities, lowering the intake dose to about half of what a clinically appropriate target would be. The market is predicted to develop because of the rising prevalence of cancer, low risk of treatment-induced illnesses, the opportunity for retreatment due to low radiation dose, and the growing number of particle therapy facilities around the world. Furthermore, increased R&D spending and aggressive methods used by leading companies, such as new product releases, are driving market expansion. The advantages gave by particle therapy, as well as the rising global occurrence of cancer, are driving market expansion. A major driving element for this market has been discovered to be the number of persons suffering from various cancers. Cancer is one of the most common life-threatening diseases nowadays. Cancer kills around 70% of people in low and middle-income nations. Because particle treatments are used to treat cancer, their increasing prevalence is projected to be a major driver of market expansion. 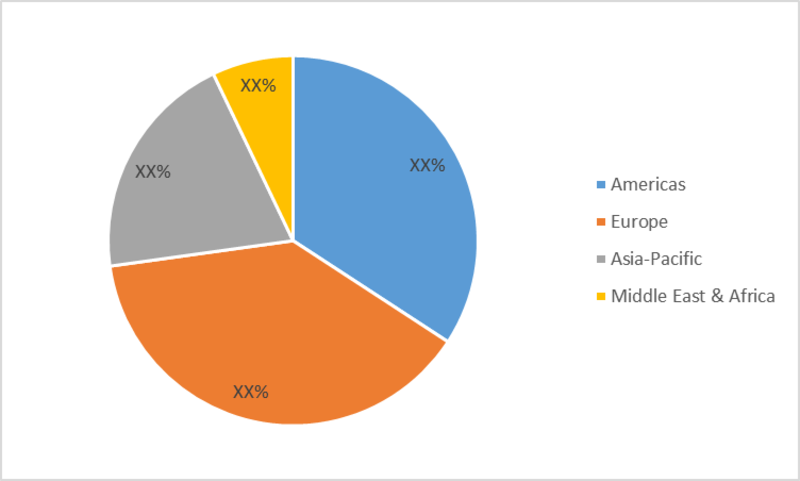 The Americas are likely to dominate the global particle therapy market owing to the rising prevalence of cancer patient, increasing funding & investments by manufacturer, and government focused for establishment of centers for treatment. According to the U.S. Department of Health and Human Services, in 2018, around 1,735,350 new cases of cancer will be diagnosed in the United States and 609,640 people will die from the disease.

The European market is expected to be the second-largest Particle Therapy market. The market growth in this region can be attributed to government funding and support of the healthcare sector coupled with increasing research and development. Moreover, favorable reimbursement policies in European countries are contributing to the growth of the market in this region.

Asia-Pacific is expected to be the fastest-growing particle therapy market during the forecast period owing to the increasing prevalence of cancer, rising investments in healthcare and expansions by market players in the region. Also, country such as India and China are considering fastest growing region due to the presence of huge patient population. Moreover, the government of these countries are open to adopt new technology, and best treatment option from a developed country. According to the International Agency for Research on Cancer, in 2018, India has a prevalence of 173.5 cancer patients per 100,000 population. Moreover, in China, the prevalence rate of cancer was 377.6 patients per 100,000 population in 2018.

The market in the Middle East & Africa is expected to account for the smallest share of the global Particle Therapy market due to an underdeveloped healthcare sector, lack of technical knowledge, and poor medical facilities.


Advanced Oncotherapy plc stated in December 2017 that it has secured new finance of USD 46.75 million, with USD 37.5 million coming from a new Chinese investor. During the assessment period, the lack of an acceptable reimbursement mechanism and the significant expenditures associated with the development of these centers may stifle particle therapy market expansion. In 2017, Mitsubishi Electric agreed to sell its particle therapy systems business to Hitachi and merge the two companies into one. Hitachi was able to strengthen its position in the proton therapy business as a result of this. The first compact proton therapy system in the Middle East was developed by Royal Philips (US) and Proton Partners International (UK) in collaboration with IBA (Belgium).Intended Audience:

What is the latest valuation of the particle therapy market?

The latest valuation of the particle therapy market in 2017 was USD 790.45 million.

What is the projected CAGR for the particle therapy market during the forecast period of 2018 to 2023?

What would be the driving factors for the particle therapy market?

The particle therapy market would be driven by factors like rising cases of cancer, an increasing number of particle therapy center, low risk of treatment, and potential retreatment opportunity can trigger better market growth.

Which application segment would lead the global particle therapy market?

The pediatric cancer segment has the opportunity to register the highest growth in the particle therapy market.

Which region has the upper hand in the particle therapy market?

The Americas has the setup to continue their domination of the particle therapy market.