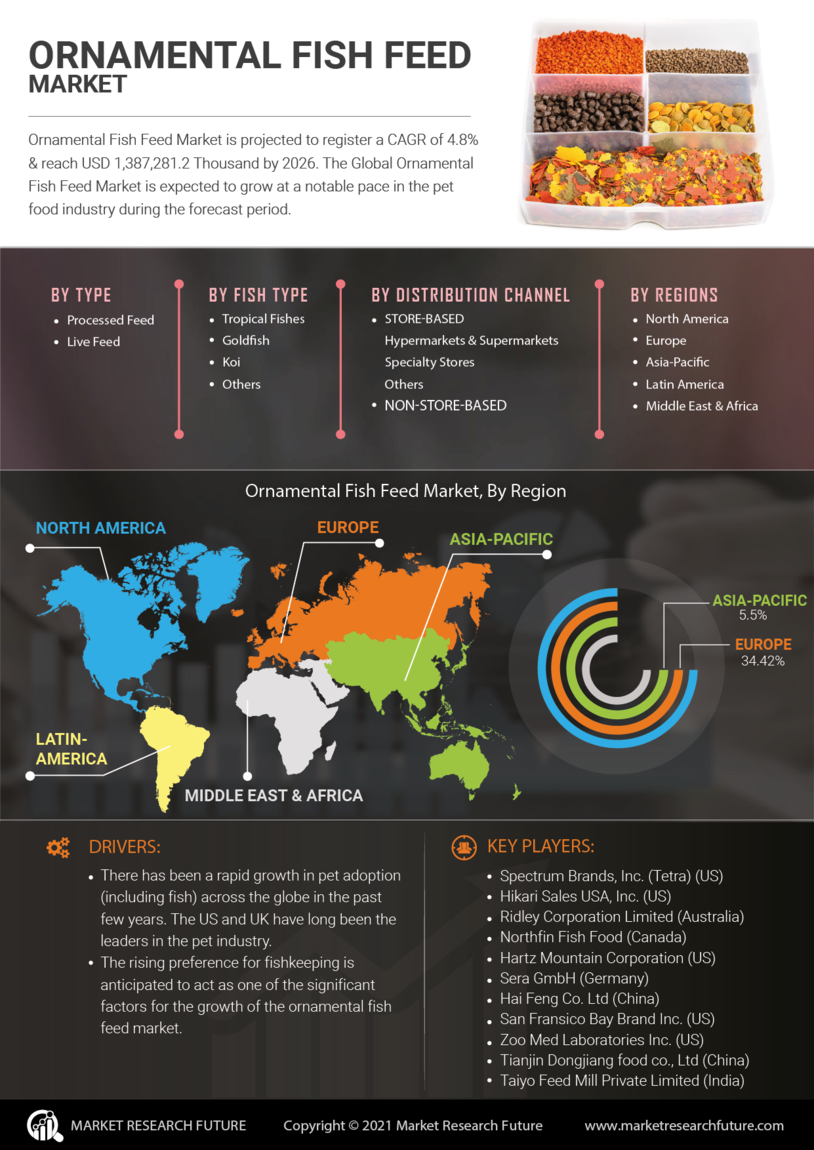 Global Ornamental Fish Feed Market is projected to register a CAGR of 4.8% and reach USD 1,387,281.2 Thousand by 2026. The Global Ornamental Fish Feed Market is expected to grow at a notable pace in the pet food industry during the forecast period. Rising preference for pet fish, increasing demand for commercial feed, and the construction of aquarium as décor are the key drivers boosting the growth of the global ornamental fish feed market. However, fluctuating raw material prices are expected to restrict the growth of the market. The rising number of entrepreneurs venturing in the ornamental fish industry is expected to create profitable growth opportunities for manufacturers of ornamental fish feed during the forecast period.

As the human population has grown over the years, so has the pet population. There has been a rapid growth in pet adoption (including fish) across the globe in the past few years. The US and UK have long been the leaders in the pet industry. In 2017, the American Pet Products Association (APPA) reported that Americans alone spent USD 69.5 billion on the pet industry. It has been witnessed that the preference for pet fish is rising among the population. More and more people are discovering that having a home aquarium brings color and amusement into their lives. Fish are great pets for people with space limitations and pet allergies. They have shown to produce calming effects and reduce stress among people who keep them. Millions of households in the US keep aquarium fish. According to The Ornamental Aquatic Trade Association (OATA), there are four million UK households that own fish – that is about 14% of the population – and they spend between USD 500–600 million a year on their hobby. The rising preference for fishkeeping is anticipated to act as one of the significant factors for the growth of the ornamental fish feed market.

The ingredients usually used in the preparation of ornamental fish feed include fish meal, soybean meal, legumes, squid meal, shrimp meal, earthworms, vegetable oil from canola, sunflower and linseed, corn, wheat, and spirulina. Also, astaxanthin is the primary feed additive used in the preparation of ornamental fish feed. The prices of these ingredients experience severe fluctuations. Globally, rising prices of raw materials are directly responsible and affecting the prices of ornamental fish feed. Manufacturers tend to substitute the high-cost ingredients with lower-cost ingredients; however, this affects the regular supply of raw materials and can result in a shortage of these materials due to the high demand-supply gap. Hence, all these factors restrain the growth of the market.

Based on Type, the Global Ornamental Fish Feed Market has been divided into the processed feed and live feed. In 2019, the processed feed segment dominated the market. On the basis of fish type, the market is categorized into tropical fishes, goldfish, koi, and others. The tropical fishes segment accounted for the lion’s share in 2019. Based on distribution channel, the market is categorized into store-based and non-store-based. The store-based segment is further bifurcated into hypermarkets & supermarkets, specialty stores, and others. The store-based segment garnered a larger revenue share of the global ornamental fish feed market in 2019. 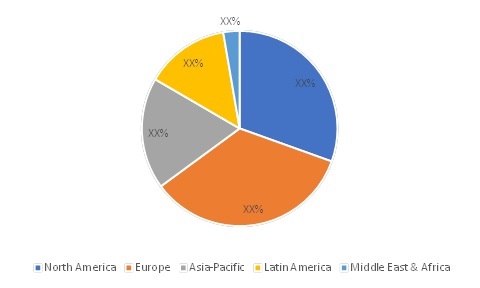 By region, the Global Ornamental Fish Feed Market is segregated into North America, Europe, Asia-Pacific, Latin America, and the Middle East & Africa. Europe accounted for the largest share of the ornamental fish feed market in 2019. The region acquired a share of 34.42% of the overall market in 2019 and is anticipated to register a CAGR 4.4% during the forecast period. The growth of the European ornamental fish feed market can be attributed to the increasing adoption of ornamental fishes as pets. However, Asia-Pacific is expected to register the highest CAGR of 5.5% during the forecast period 2020-2026.

Players operating in the global ornamental fish feed market are focusing on strengthening their regional footprint by expanding and launching innovative products.