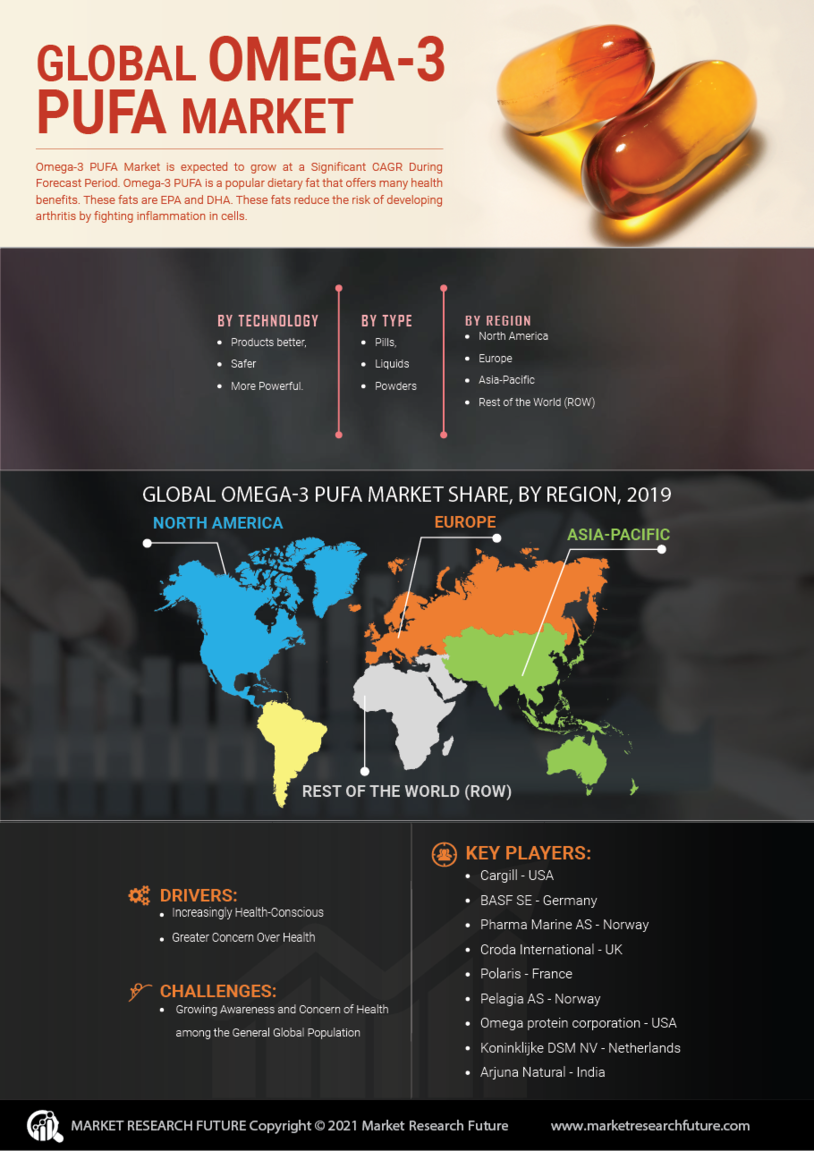 Omega-3 PUFA is a popular dietary fat that offers many health benefits. These fats are EPA and DHA. These fats reduce the risk of developing arthritis by fighting inflammation in cells. This makes the immune system stronger and much more receptive to fighting off infections and disease.

The market is projected to reach USD 8,418.0 Million at 11.01% CAGR until 2025. Some key factors driving this immense growth are a global population that is increasingly worried about their health and the increase in applications for these fats in industry.

COVID has negatively impacted global economies. Many countries including India have initiated complete lockdowns. Other nations including the United States initiated temporary quarantines. This resulted in a slowdown in the OMEGA-3 PUFA market.

National governments have responded by passing new laws, legislation, and rules that are strict. These affect the health sector and are designed to stop the spread of COVID.

The rise of a global middle class that is increasingly health-conscious and greater concern over health and lifestyle in the traditionally wealthy developed world have been two factors that have largely driven the omega-3 PUFA metabolism market. Also, many industries in the food and beverage sector are capitalizing on the increased emphasis on health and throughout the world.

They are responding by manufacturing and selling healthier foods. The companies in these industries are increasingly finding that they need omega-3 PUFA supplementation to do this well.

Omega-3 PUFA comes from many sources in nature. This is largely what is driving opportunities in the market because it can be manufactured and sold in many forms. These include powder-form Omega-3 PUFA.

The major manufacturers and distributors of omega-3 PUFA supplementation products are engaging in a clever strategy of creating more demand for their products by educating the general global public about the health benefits of omega-3 PUFA products. They are increasingly advocating omega-3 PUFA enriched diets.

omega -3 PUFA is a relatively new product. Not much is known about its real short and long-term benefits for the human body and its effects on the human body. Also, since omega-3 PUFA has indirect benefits for various parts of the human body, many manufacturers are finding that they have to do extensive and in-depth research and development to learn enough about omega-3 PUFA and produce safe products. This drives up the manufacturing costs which are then passed onto the end consumer in the form of higher prices. The higher cost of this product is dampening demand and short-term growth opportunities to a certain extent.

This is further compounded by the fact that the general global population is still largely ignorant about omega-3 PUFA and its benefits. This, combined with its higher cost, explains why not as many people are buying omega-3 PUFA - there would be far more sales if the products were much less expensive.

One of the main challenges in the omega-3 PUFA market is its higher price. Indeed, until more is known about the true nature, effects, and benefits of omega-3 PUFA this will be a challenge because it will keep the cost of producing the products relatively high.

Another important challenge is the fact that the health foods and supplements market is currently saturated with health products that offer similar benefits as omega-3 PUFA but are much more affordable. Good examples of these are various brands of fish oil supplements, and to a certain extent, multi-vitamins.

The omega-3 PUFA market will continue to face strong growth in the upcoming years. This is large because a growing awareness and concern of health among the general global population is a key factor in fueling its growth by creating ever-increasing demand.

This has led to a dramatic increase in applications. For example, omega-3 PUFA is increasingly being used as a key ingredient in baby formulas.

Recent advances in food production technologies have allowed manufacturers to greatly enhance omega-3 PUFA supplements. They can do the same with healthy foods that contain omega-3 PUFA. The new generation of technologies is also making the products better, safer, and more powerful. This in itself has been a key driver for the increase in demand.

Omega-3 PUFA comes in many forms. These include pills, liquids, and powders. Interestingly enough, omega-3 PUFA is also increasingly being used in many personal care products.

Many companies in many industries currently use omega-3 PUFA. some of these are: 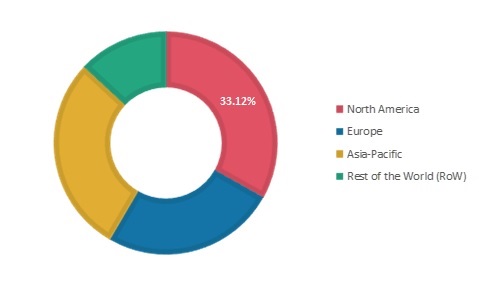 The Asia-Pacific market has also seen strong growth because of the increased westernization of the emerging middle classes. This is especially true in India and China. Interestingly enough, the demand for baby formula is increasing rapidly in this region.

A major company in the omega-3 PUFA industry is Solutex. This Spanish company manufactures many of the raw materials needed for omega-3 PUFA products. Some of these include refined sea-based oils like algae and fish. It currently sells three different products:


It also manufactures many makeups, nutritional, and pharmaceutical products that contain omega-3 PUFA.

Many companies are finding that the omega-3 PUFA market is very competitive. They are continuing to remain profitable by doing extensive research and development to produce and launch new generations of omega-3 PUFA products. They are also entering into new markets.

Many companies are currently in the omega-3 PUFA market. Some of these are:

In September 2018, Alga Prime DHA was launched by Corbion along with the integrated microalgae. BioMar registered the feed’s sale of 500,000 tons. In May 2019, KD Pharma acquired sites across the UK, for the expansion of their capacity and services related to the manufacturing of the supplements with Omega-3. Epax made an investment worth USD 35 million spread over 2 years in September 2019. The main aim behind this was to attain a better capacity of omega, concerning the sites of its production. In the same year, Omegavie DHA 700 algae Sensory QualitySilver was launched by Polaris. This was more like an extended help for the companies dealing with the on-field operations, concerning the algal omega-3. This product has major concerns attached with DHA and comes inclusive of the organoleptic properties.

The omega-3 PUFA industry is experiencing strong growth in general for the next few years the CAGR for the next five years is expected to be 11.01% with a total market size estimated at $8,418 million in US dollars. Omega-3 PUFA comes in two forms:  EPA and DHA. What is largely driving worldwide growth is an increasing awareness of good health and living. This has made the global middle classes hunger for products and supplements/health foods that contain omega-3 PUFA.

What would be the omega-3 PUFA market valuation by 2025?

Omega-3 PUFA market would achieve a CAGR 11.01% during the forecast period.

What would hamper the omega-3 PUFA market growth?

Which segment by application would lead the omega-3 PUFA market?

The dietary supplements segment would drive omega-3 PUFA market ahead.

Which region would dominate the omega-3 PUFA market?