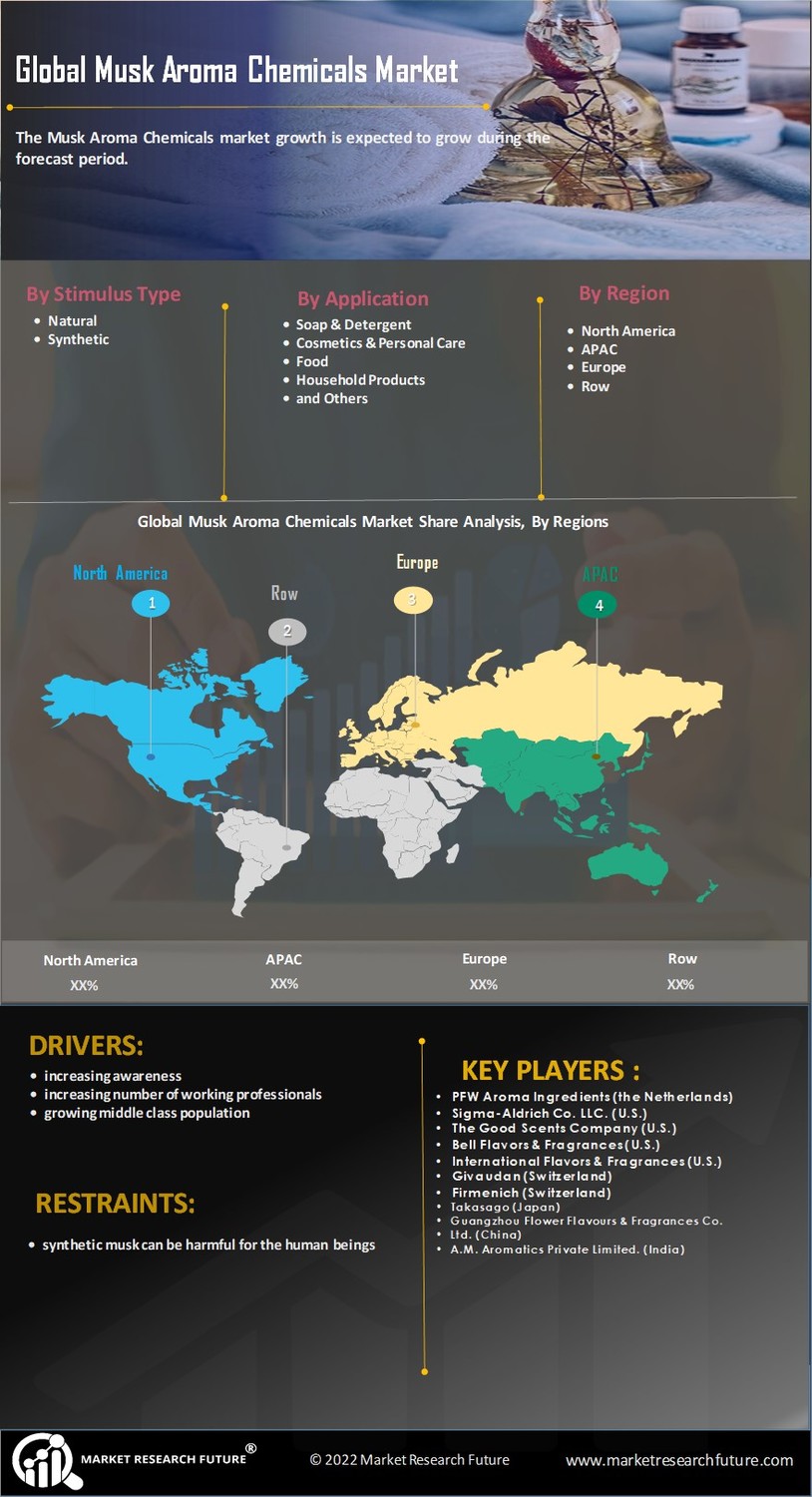 Musk Aroma Chemicals Market Overview Musk Aroma Chemicals Market is projected to be worth USD 6968.8 Billion by 2028, registering a CAGR of 4.60% during the forecast period (2022-2030). Musk Aroma Chemicals are aromatic compounds that can be found in both natural and synthetic forms. Musk Aroma Chemicals are formed from plants and animals' seeds and roots. Natural musk extracts of animal origin can be found in the rump glands of male musk deer, civet cat, and Louisiana muskrat. They are used for a variety of things, including household supplies, soap and detergent, cosmetics and personal care, food, and more. Fragrances are complex blends of natural and synthetic components. A single smell can have anywhere from a dozen to two hundred constituents or aroma compounds, all of which are meticulously calibrated and often in minute proportions. Musk Aroma elements are added to items such as fine fragrances, housekeeping, home care, and personal care products to create unique combinations. Aroma ingredients are complex molecules that are used to impart desired fragrance to cosmetics, personal care, and home care products. Flower, fruit, wood, and spice are natural scent ingredients, whereas synthetic aroma ingredients are made up of chemical compounds like esters, aldehydes, alcohols, musk chemicals, and terpenes. The market is soon going to attain huge profits as per the recent forecast. 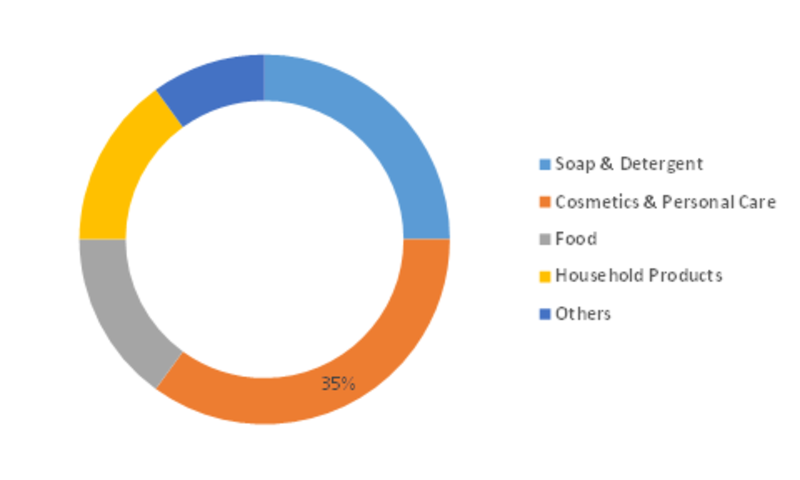 The Musk Aroma Chemicals Market is classified into five regions namely– Asia Pacific, Europe, Latin America, North America, and the Middle East & Africa. Among these, Europe emerged as the leading Musk Aroma Chemical Market in 2016, driven by the growth of various end use application such as soap & detergent and cosmetics & personal care. Europe region was predicted to amount for around 33% of the overall volume share in 2016, and is estimated to grow with the steady CAGR over the forecast period. European countries such as Russia, Germany, UK, and Italy have emerged as the key contributors in the regional Musk Aroma Chemicals Market growth and expected to continue their dominance over the assessment period due to wide utilization of Musk Aroma Chemicals in cosmetics & personal care products.

North America is expected to witness a moderate growth in Musk Aroma Chemicals Market on account of strong consumer base for numerous industries combined with the growing investments to regenerate household products sector during the assessment period, during 2017 to 2023. U.S and Canada are among the major contributors in the regional growth of Musk Aroma Chemicals and are estimated to see a momentous demand for the market in the upcoming years. U.S accounted for the largest market share in terms of value and is expected to grow with the steady CAGR due to growth in cosmetics & personal care.

Asia Pacific is estimated to witness a tremendous growth of the Musk Aroma Chemicals Market with the highest CAGR during the review period, (2017 to 2023) due to expansion of numerous end use industries such as food, cosmetics & personal care, and soap & detergent among others. The demand for musk aroma chemicals is estimated to surge in various countries of Asia Pacific such as Thailand, Malaysia, China, India, and Japan owing to increasing demand for cosmetics & personal care products. Moreover, growing purchasing power, availability of inexpensive labor and raw material, and soberly stringent regulatory framework. In Latin America, countries such as Brazil, Colombia, and Argentina are estimated to dominate the regional market share due to increasing consumer spending on beauty care products and improving standard of living. The Middle Eastern & African countries such as United Arab Emirates (UAE) and Saudi Arabia accounted for the largest market share in beauty products and is estimated to see significant growth on account of increasing demand of cosmetics & personal care products.

What are the application areas of musk aroma chemicals?

What are the major growth catalysts for the global musk aroma chemicals market?

Rapid expansion of end use industries in developed and developing economies

What are the key growth strategies of players active in the musk aroma chemicals industry?

Strategic initiatives such as mergers & acquisitions, collaborations, expansion, and technology/ product launch are some of the growth strategies that players operating in the global musk aroma chemicals market adopt to gain a larger competitive advantage.

Who are the top players in the global musk aroma chemicals market?