Please note that the assessment period of the report has been updated from 2019-2027 to 2020-2027. Cordially fill Sample form for the updated data.

Molasses is witnessing a high growth in the food and beverage and animal feed industry due to the health benefits offered by it. Molasses is gaining popularity and is used in various food and beverages as a sweetener, and due to its high nutritional content. Molasses is enriched with vitamin B6, magnesium, calcium, iron, and selenium which are vital for human body. The market is experiencing a rise in its growth owing to the increasing demand for molasses due high nutrient content.

The food & beverage processors are focusing on their R&D activities to launch new and innovative products using molasses, as there is an increasing demand for the molasses in food and beverage industry. In addition, the players are also focusing on making such products accessible and visible to the customers across the globe, owing to its antioxidant properties. Moreover, molasses is high in calcium and magnesium content, which helps in preventing from diseases such as osteoporosis and asthma. Thus, these factors are expected to drive the molasses market during the forecast period.

The global molasses market has been segmented based on type, category, source, application, and region.

By type, the global molasses market has been bifurcated as light, dark, blackstrap and others.

Based on category, the global molasses market has been segregated as organic, and conventional.

On the basis of source, the global molasses market has been classified as sugarcane, sugar beets and others.

The global molasses market has also been segregated, on the basis of application, into food & beverages, animal feed, biofuel, and others.

The global molasses market has been studied with regard to four key regions—North America, Europe, Asia-Pacific, and the rest of the world. 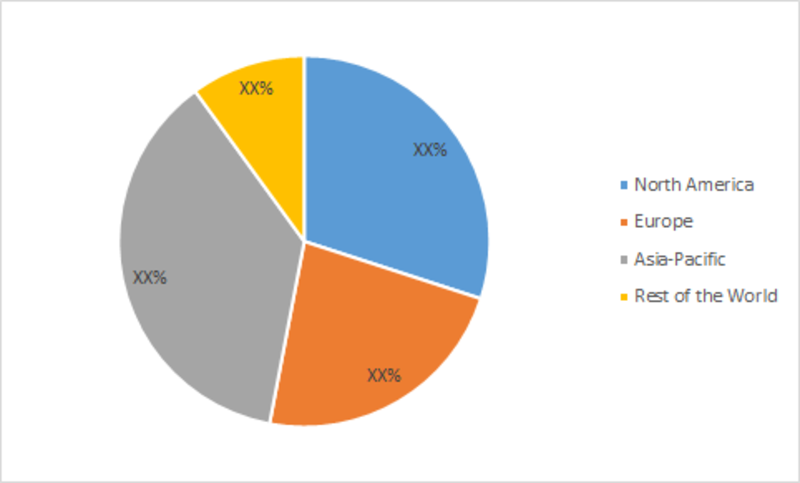 Asia Pacific is expected to dominate the molasses market during the forecast period. The region’s dominance can be attributed to various factors such as the presence of several market players, increasing awareness regarding health benefits of molasses. Molasses provides several health benefits, which leads to its usage in improving bone health, heart health and maintain blood sugar levels. Increasing usage of molasses in animal feed by European consumers is expected to render a significant share of the market to Europe during the upcoming years. However, North America is anticipated to register the highest CAGR due higher inclination of consumers towards using molasses as a sweetener in the production of food & beverages. Molasses is also used as a major ingredient in the production of alcoholic beverages such as rum and beer. Which in turn, boost the consumption of molasses in the rest of the world market.

Rest of the World (RoW)

What are the major types of molasses?

Major types of molasses include light, dark, and blackstrap.

What are the major applications of molasses?

Major applications of molasses include food and beverages, animal feed, and biofuels.

What is the major driver for the molasses market?

The higher nutritional content of molasses in comparison to sugar is the major driver for the molasses market.

What is the leading regional molasses market?

Asia Pacific is expected to dominate the molasses market over the forecast period.

What are the leading players in the molasses market?

Leading players in the molasses market include Crosby Molasses, B&G Foods, and Michigan Sugar Company, among others.

The Rising Awareness Regarding The Health Benefits Of Molasses Is Anticipated To Fuel The Market ...