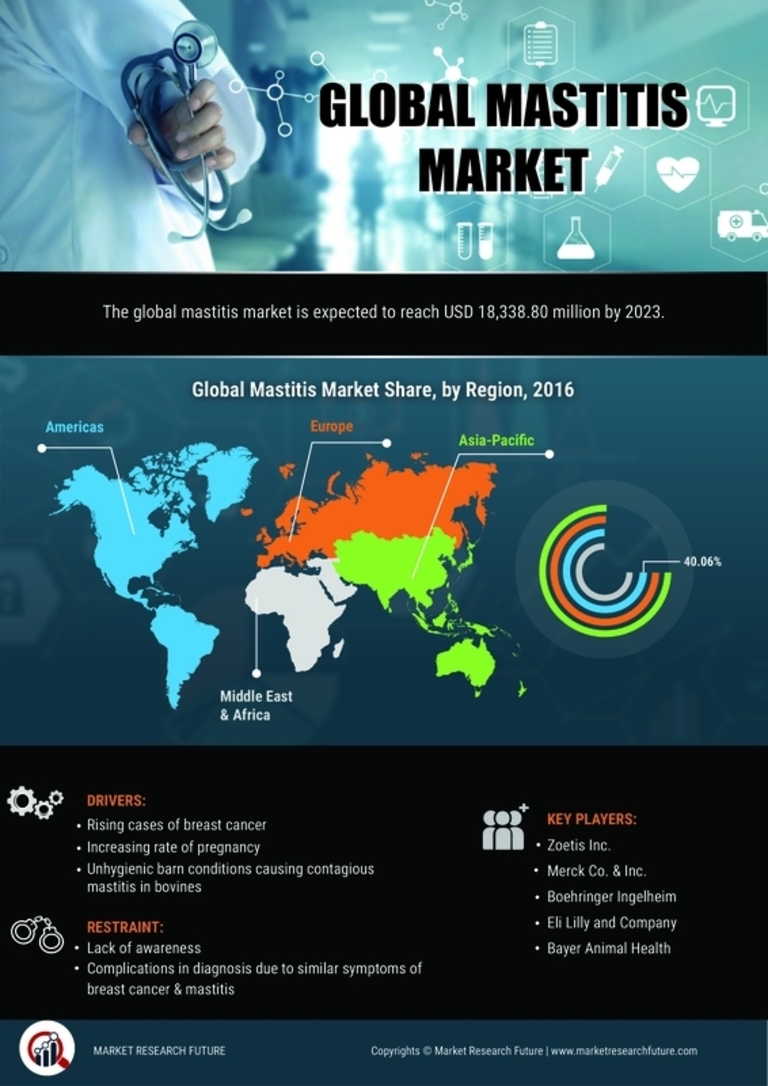 According to recent reports, the Mastitis Market size is predicted to grow at a compound annual growth rate of a CAGR of 16.20 % from 2021 to 2030, reaching USD 53,148.44 million. Breast cancer is caused by infections in the tissue with one or even both mammary glands located within the breast. It mainly strikes nursing women, and it is caused by a blocked or clogged duct system in the uterus. The infection of the mammary gland and udder tissue in bovines is caused by bacterial infiltration of the teat canal by a number of bacterial sources found on the farm. Mastitis may also develop as a consequence of chemical, physical, or thermal harm to the cow's udder.

The growing number of incidences of breast cancer, the expanding rate of pregnancies, and unsanitary barn conditions resulting in infectious mastitis in cattle around the world are all predicted to contribute to the market's expansion. However, although the Mastitis Market value is expected to develop, the lack of knowledge and difficulties in diagnosing breast cancer and mastitis as a result of their comparable symptoms is expected to limit its expansion.

The distribution network for goods used to treat bovine mastitis was unaffected by the COVID-19. Nonetheless, Lockdown and social distancing procedures have led to a decrease in the supply of medications in veterinary clinics. However, there seems to be no significant consequence on the supply chain network, as per a Zoetis report released in April 2020. The different firms have been working closely together to maintain the US Food and Drug Administration informed about the shortfall or disruptions in manufacturing.

The rising prevalence of illness, the expansion in product releases for livestock healthcare, and technical improvements in medication research and development are some of the primary factors driving the rise of the bovine mastitis market growth.

One of the most pressing issues in the global dairy business is bovine mastitis. Dairy producers see their profits plummet as the number of animal deaths rises year after year. Tests, milk loss, animal health, labor, potential losses in dairy production, and treatments are all included in this cost. Producers are becoming more knowledgeable about the therapy of bovine mastitis, which is driving up the need for antibiotics.

According to analysts, rising risks of resistance to antibiotics and a lack of public knowledge of the condition are predicted to restrain market growth throughout the forecast period.

An undesirable impact associated with the therapy, a lack of knowledge in developing economies, and difficulty in diagnosis owing to symptoms identical to breast cancer might all provide challenges to the worldwide Mastitis market in the future.

In the case of bovines, unsanitary animal housing conditions are the primary driving force behind the market's expansion, resulting in the spreading of infectious mastitis among the animals in the herd. In addition, growing public knowledge of mastitis issues, efficient management of the disease, and the affordability of therapy are all contributing to the growth of the market in general.

The market is segmented based on bovine mastitis, human mastitis, end-user, and region. The global mastitis market trends are expected to witness decent growth during the forecast period.

Based on the Application, the market is segmented into bovine and human.

Based on the propulsion types, the market is segmented into veterinary centres and hospitals & clinics. 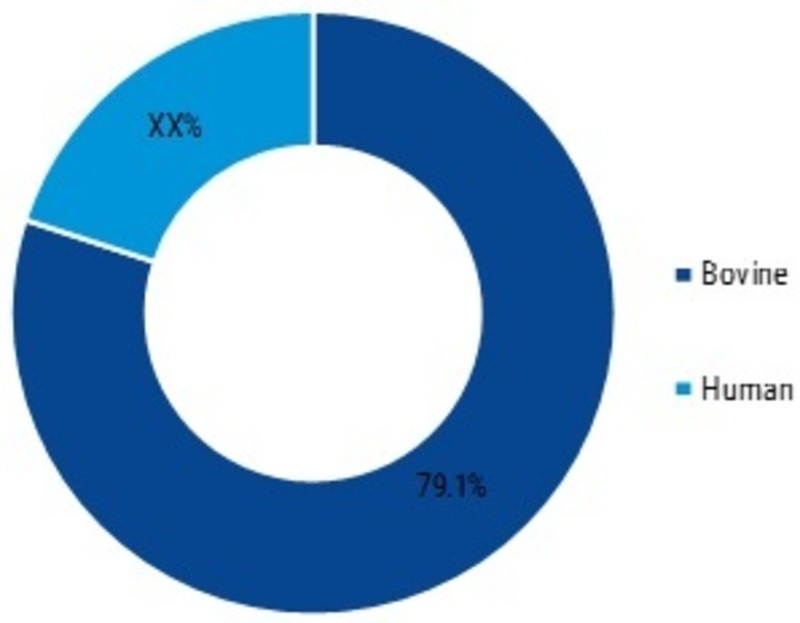 According to the reports, based on geography, the mastitis market is segmented into four groups: the Americas, Europe; Asia-Pacific; and the Middle East and Africa. Americas is predicted to account for a significant portion of the global mastitis market. Several factors are projected to contribute to North America's market dominance, including a rising frequency of mastitis among the cattle population and an increased number of breast cancer in the area. During the projection period, Europe is estimated to account for the second-largest global market share. Improved health institutions, increased government measures to encourage healthy breastfeeding, and increasing healthcare spending are all factors contributing to the mastitis market outlook expansion in this area. According to Eurostat, Germany invested more than EUR 321 billion in 2014, which is a lot of money.

Because of the existence of quickly emerging economies such as China, India, and South Korea, the Asia-Pacific region is expected to be the fastest-growing area in the worldwide market. Furthermore, the large number of patients suffering from chronic illnesses and government measures to overhaul the healthcare system would contribute to the market's expansion. In addition, because of the cost and accessibility of healthcare in the Middle East and Africa, the mastitis market in these regions is likely to rise. 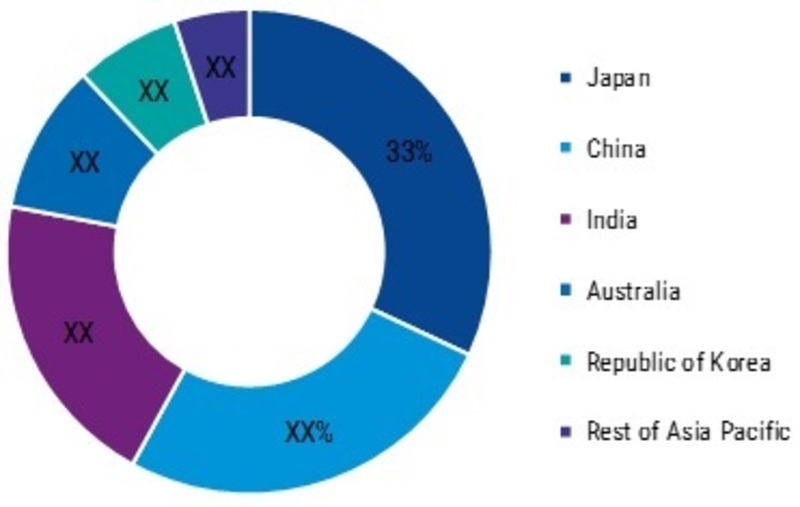 Creativity, project management, and acquisition and mergers were among the primary tactics businesses participating in the mastitis industry.

At what CAGR is the mastitis market projected to grow in the forecast period (2020-2030)?

Mastitis market projected to grow at approximately 16.20% CAGR during the assessment period (2020-2030).

How much is the mastitis market worth in the future?

What are the major tailwinds pushing the growth of the global mastitis market?

Increasing need for better treatments and government funding support for R&D are major tailwinds pushing the growth of the global mastitis market.

Which region holds the largest share in the global mastitis market?

North America holds the largest share in the global mastitis market, followed by Europe and the Asia Pacific, respectively.

Who are the top players in the global mastitis market?

Zoetis Inc. is the holds the largest share for the global mastitis market in 2017. The firm operates through the discovery, development, manufacture, and commercialization of animal health medicines and vaccines. For more than 60 years, the company has been committed to enhancing the health of animals and bringing solutions to our customers who raise and care for them.

Merck Co. & Inc. holds second position in terms of market share in the global mastitis market in 2017. The company operates in the prescription medicines, vaccines, biologic therapies, and animal health products. The company’s operations are principally managed on a products basis and include four operating segments, which are pharmaceutical, animal health, healthcare services, and alliances. The pharmaceutical segment is the only reportable segment. The main focus of the company is to produce innovative medicines for the treatment of cancer.

Boehringer Ingelheim holds third position in terms of market share in the global Mastitis market in 2017. The company is a highly focused research-driven pharmaceutical company. The main focus of the company is to cure diseases with the help of its core R&D expertise. It constantly works to create solutions that go beyond treating the illness to have a positive impact on patients’ lives, on societies, and on science itself.

Astellas Pharma Inc is one of the top 20 global pharmaceutical research companies. Astellas is an expert in turning innovative science into medical solutions that bring value and hope to patients and their families. The main focus of the company is to keep the focus on addressing unmet medical needs and conducting business with ethics and integrity which enables to improve the health of people throughout the Americas and around the world.

Bayer Animal Health operate in a wide range of areas of business including human and veterinary pharmaceuticals, consumer healthcare products, agricultural chemicals and biotechnology products, and high-value polymers. The pharmaceuticals division of the company focuses on prescription products in the areas of cardiology and women’s healthcare, and on specialty therapeutics in the areas of oncology, hematology, and ophthalmology.

Zoetis Inc., Merck Co. & Inc., are the major companies for mastitis operating on a global scale. The lower market share of Bayer Animal Health can be attributed to fewer products offering, as compared to Microsurgical Instruments and other major players. Major players such as Astellas Pharma Inc., Sanofi S.A., AstraZeneca, Teva Pharmaceutical, F. Hoffmann-La Roche Ltd increase the level of competition in the global mastitis market, as these companies are expected to expand their product portfolios, with the help of other business units, to increase their market share.

Mastitis Market Increasing Demand for the Better Treatment Option Is Projected To Upsurge the Ind...