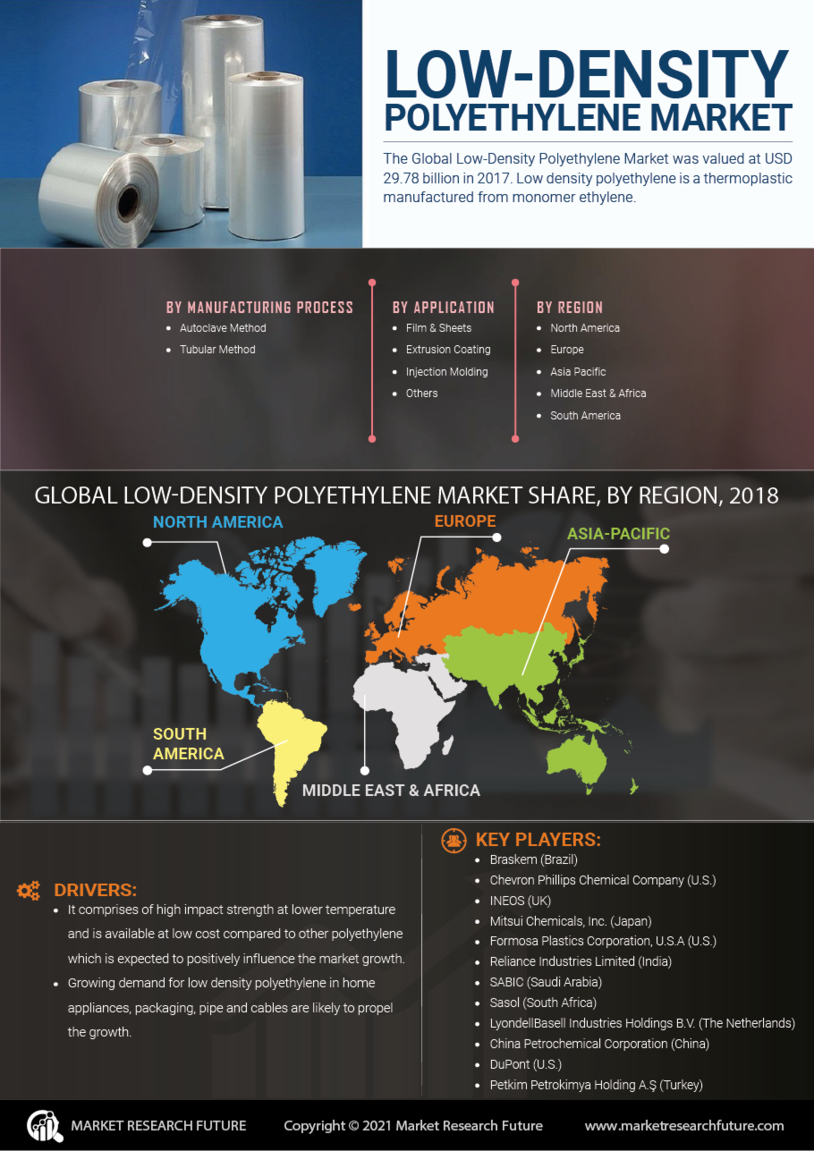 Low-density polyethylene is a thermoplastic material that is made under high pressure and has tensile strengths ranging from 0.910g/cc to 0.940g/cc. It has a high ductility as compared to low tensile strength. During the estimated period, the increased demand for low-density polyethylene in the construction, packaging, and automotive industries is likely to be the primary market growth which gives an opportunity to increase the stocks & investment shares for many business owners, competitors & investors across the world. The low-density polyethylene is non-toxic and non-contaminating, and resistant to impact, dampness, chemicals, rip, and stress fracture. Because of these characteristics, it is commonly used in the manufacture of packaging, garbage bins, floor tiles, mailing envelopes, and dropper bottles. Furthermore, the usage of low density polyethylene in the low density polyethylene market and the electrical insulating qualities have resulted in its growing utilization in a variety of end-use sectors across the world.

Chief Factors Existing in the Market:


Key Market Drivers:The global construction sector is the largest raw material user in the world. All the construction projects for growth in various places worldwide are starting to increase the low-density polyethylene market sectors. Market Challenges:Like many companies, the global low density polyethylene market has been facing a huge challenge due to the global epidemic. Due to the stoppage of the production & manufacturing process, these market sectors face several challenges during the lockdown period. Market Opportunities:After the lockdown, there are several demands have raised significantly in the global market sectors. Many companies want to increase their productions, due to which the global market competition has also been raised so hugely. According to this, global competition has been raised, for which the market gives a chance to several industrial sectors.Market Restraints:Low-density polyethylene is extremely consumed in packagings such as trays, plastic bags, and foils for food or nonfood purposes. Just after the lockdown, a maximum number of production works have been placed according to the demands & supply. Due to which the costs of raw materials & other heavy machinery, accessories have become so expensive. 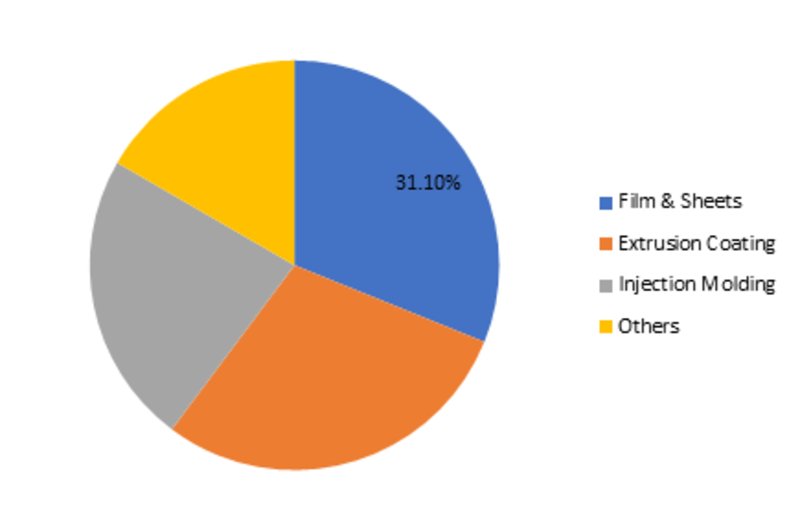 The global packaging industry is changing and increasing at a rapid rate. This development is being driven by increasing pharmaceutical, food processing, manufacturing, healthcare sector, and ancillary in emerging nations such as China, India, Brazil, Russia, and a few other East European countries. Food and beverage, electrical and electronics, packaging, and construction industries in Asia-Pacific are driving market expansion. According to the Packaging Business Association of India, the packaging is the fifth biggest sector of the Indian economy. The Industry has shown consistent development over the last several years and has a strong potential for further expansion, particularly in the export market. In India, food processing and packaging prices may be up to 40% cheaper than in Europe, making it an interesting investment location when combined with India's educated labor pool. Almost all user sectors with substantial development potential, such as processed foods, hard and soft beverages, fruit, and marine goods, have plenty of room to expand. Because of all of these factors, the Asia-Pacific region's demand for low density polyethylene market is predicted to be strong over the projection period.


ExxonMobil has made a final investment decision to expand its carbon capture and storage project at LaBarge, Wyoming, which has caught more CO2 than any other facility in the world to date. In addition to the 6-7 million metric tonnes absorbed at LaBarge per year, the extension project will capture up to 1.2 million metric tonnes of CO2.ExxonMobil has agreed to sell its stake in Mobil Producing Nigeria Unlimited to Seplat Energy, a Nigerian independent oil and gas business, via its wholly-owned subsidiary Seplat Energy Offshore Limited.ExxonMobil has completed its first commercial sale of certified circular polymers, utilizing its Exxten technology for enhanced plastic waste recycling. Berry Global, a prominent manufacturer of innovative packaging and engineered goods, is the buyer, and the circular polymers will be used to mass-produce containers for high-performance food-grade packaging.

The research report thoroughly analyzes the industry size, share, and growth areas. The Low-Density Polyethylene industry study focuses on the primary drivers and constraints for manufacturers and the current competitive situation and potential prospects. The low-density polyethylene market analysis is a thorough study of the industry's current status by professionals. The low-density polyethylene market trend analysis provides the most recent industry statistics as well as upcoming advancements, product types, and end-users that are driving revenue growth and profitability.

Which region will spearhead the low-density polyethylene market?

What are the major applications of low-density polyethylene?

What are the key factors driving the low-density polyethylene market?

Increasing use in pipe and cables, packaging, and home appliances is boosting market growth.

Who are the key competitors in the low-density polyethylene market?

What are the different strategies incorporated by industry players to create a foothold in the low-density polyethylene market?

Different strategies incorporated by industry players to create a foothold in the low-density polyethylene market include collaborations, product developments, partnerships, and mergers.

Increasing demand for low-density polyethylene in the packaging and wire &amp; cable industries i...