Kinefelter syndrome treatment market is expected to rise steadily at a CAGR of 5.1 % during forecast period of 2018 to 2023.

According to the researchers of national human research institutes, the Klinefelter syndrome condition cannot be diagnosed easily, due to its unidentifiable symptoms and signs among males. The signs of this condition are different and also gets overlap with symptoms of other health disorders. Due to this, various healthcare organizations such as the NIH and FDA are increasing their awareness regarding this health disorder, by stressing the parents to conduct all kinds of health check-ups to identify this disease. This syndrome can be prevented if detected at early stage and also can be prevented from development. Moreover, the awareness among the population reading this syndrome is also increasing.

In February 2016, Lupin Pharmaceuticals, Inc. launched a testosterone topical solution in the U.S. for males, who are suffering from hormone deficiencies.

However certain factors that can hamper the growth of this market in near future are adverse side effect of the drugs, shortage of treatment facilities and alternative treatment plans.

On basis of end-user market is further segmented into hospital and clinics, ambulatory surgeries, medical research centres, academic institutes others.

The market has been segmented, by region, into the Americas, Europe, Asia-Pacific, and the Middle East & Africa. The klinefelter syndrome treatment market in the Americas has further been segmented into North America and South America, with the North American market divided into the US and Canada. US account for the largest share of traumatic brain injury market.

The klinefelter syndrome treatment market in Asia-Pacific has been segmented into Japan, China, India, South Korea, Australia, and the rest of Asia-Pacific. 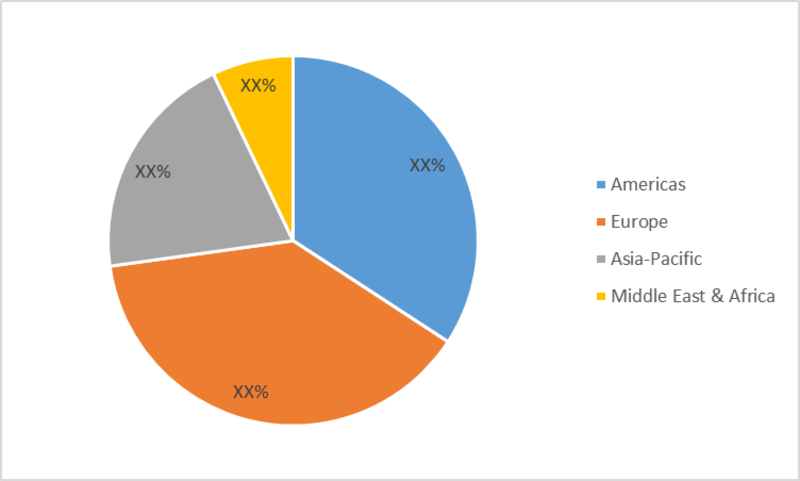 Geographically, the North America dominates the market share for klinefelter syndrome treatment market and the reason being many market players are engaged in development of new drug product innovation, high presence of treatment centres for this disorder and increasing awareness among people. Approximately 3000 affected boys are born each year in the United Sates with this syndrome and about 3% of the infertile male population have Klinefelter syndrome.

Europe is expected to be the second largest market in the globe owing to the increasing aging population, increasing prevalence of this syndrome and increasing research base. Whereas rise in susceptible immune compromised patient population is responsible for market growth in this region. According to Europe PMC report the prevalence rate of KS in males in 2017 with breast cancer was found to be 7.5 per cent, a much higher rate than previously reported (approximately 3 per cent)

Asia-Pacific is anticipated to be the fastest growing market owing to the changing lifestyle, increase in population, increasing awareness among people regarding this disorder and increasing healthcare expenditure by government are some of the factor responsible for market growth in this region.

At what CAGR is the Klinefelter syndrome treatment market projected to grow during the forecast period?

The Klinefelter syndrome treatment market is projected to grow at a 5.1% CAGR between 2020-2027.

Which region is projected to command the largest share in the Klinefelter syndrome treatment market?

North America is projected to command the largest share in the Klinefelter syndrome treatment market.

What are the key factors that are driving the Klinefelter syndrome treatment market?

Growing awareness about the disease is boosting market growth.

Which factors may limit the Klinefelter syndrome treatment market?

What are the end use industries of Klinefelter syndrome treatment market?

End use industries of Klinefelter syndrome treatment market include academic institutes, hospitals and clinics, and others.

Klinefelter Syndrome Treatment Market To Grow 5.1% Cagr During The Forecast Period 2018 To 2023