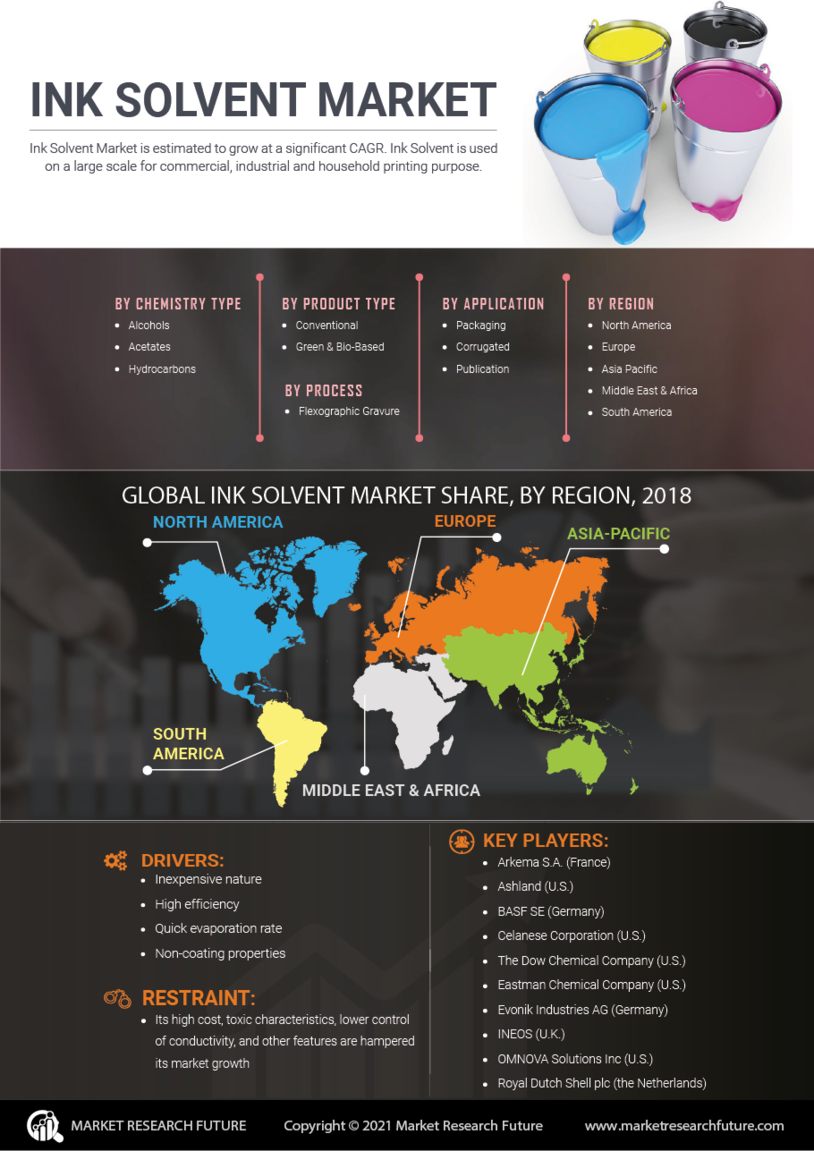 Ink solvent market is expected to grow USD 920 Million at a CAGR 5.40% during the forecast period. Ink Solvent is used largely for commercial, industrial, and household printing. Some of the solvents which are in huge demand and are used for manufacturing the ink are methylated spirits, isopropanol, ethyl acetate, and n-propyl acetate. It being more efficient, along with having a high evaporation rate are rising the market size. It is available at a very cheap rate. It having non-coating properties are the most important factor prompting market growth. It has been used in some of the printer machines like Roland SOLJET Pro 4, FY3208H Solvent Flex Printer and XR-640 has an increasingly high production rate and the ink here can dry up faster. Due to all of these factors, these printers have been used up for packaging purposes, publication, corrugated, and many more.

Moreover, alcohol has been widely used for printing purposes. It is used for reducing the surface tension and imparting corrosion resistance technology to the machines. Moreover, these printing machines are available at high costs and have some toxic characteristics, and their less conductivity nature has restrained the market development. 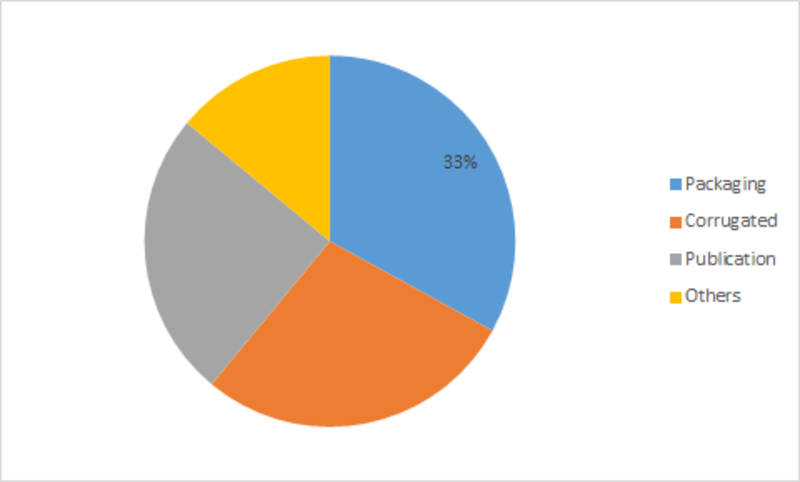 The Ink Solvent Market is segmented across five regions: Asia Pacific, North America, Europe, Latin America, and the Middle East & Africa. Among these, Asia Pacific holds a major share of the market due to the growing consumption of the product in packaging, corrugated, publication, and others. The increasing demand for packet food from packaging sector and growing research & development activities in end-use industries has propelled the region to witness a higher growth over the assessment period. Countries such as China, Japan, and India are the major players in this market.

The North America region is growing significantly in the market due to increasing mergers & acquisitions of Ink Solvent product among the major companies. It is predicted that growing investments in the end-use industries is likely to drive the market in the region during the forecast period. The growing consumption of Ink-Solvent in packaging sector has propelled countries such as the U.S., Canada, and Mexico to achieve a stunning growth in the market as they provide excellent flexibility, stability and low maintenance to the product.

The European market has also observed a remarkable growth due to the implementation of new rules and regulations proposed by the government to follow bio-based solvents in the production of glazed and transparent paper. The market has been driven by the application of this rule in packaging, corrugated, and publication segments. It is estimated that the growing innovation and technological advancement are predicted to propel the growth in countries such as the U.K, Italy, Germany, and France during the forecast period.

Growing Consumption of Ink Solvent in Packaging Sector is estimated to drive the market during th...