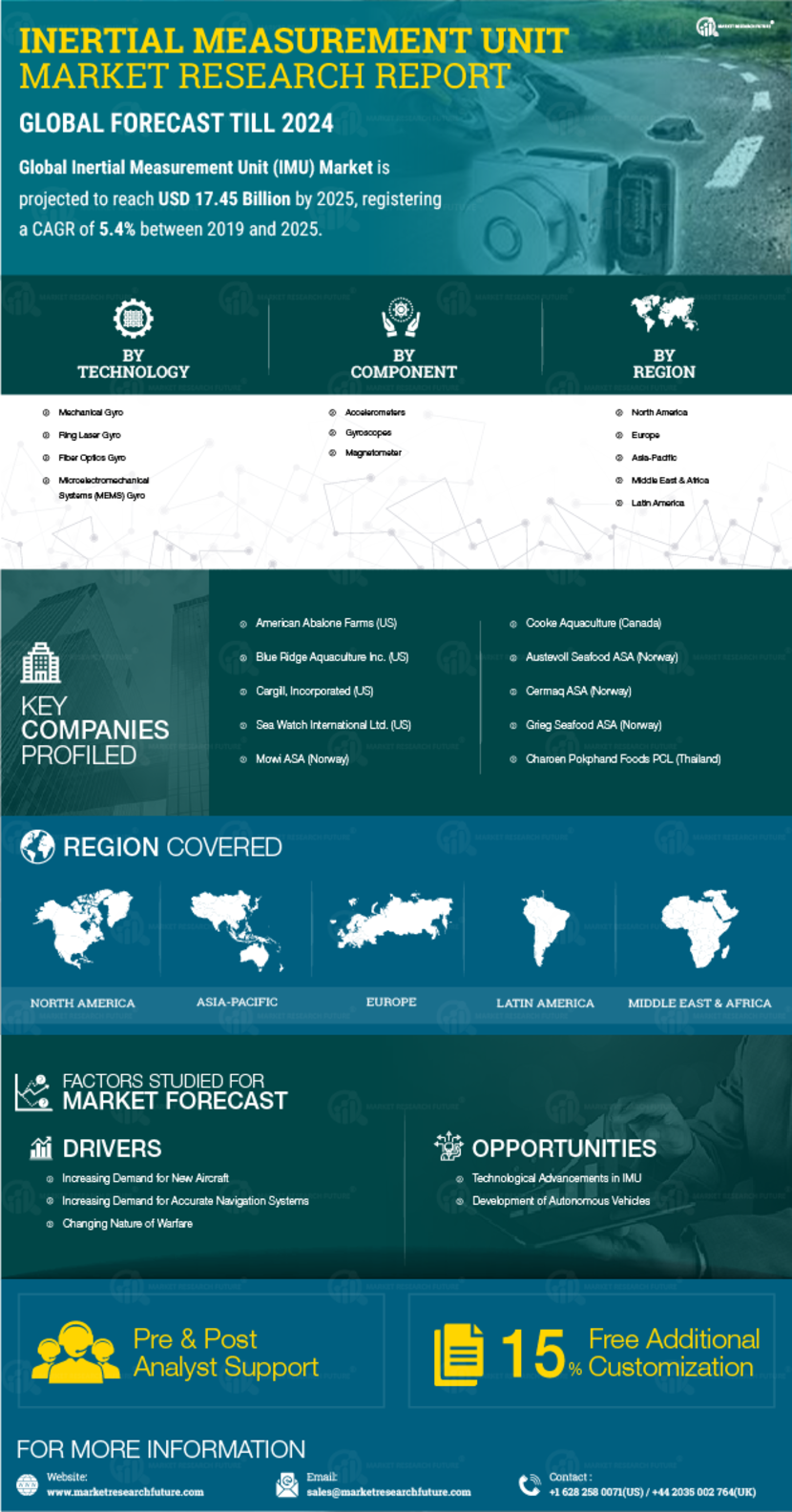 Global Inertial Measurement Unit (IMU) Market is projected to reach USD 17.45 Billion by 2025, registering a CAGR of 5.4% between 2019 and 2025. An inertial measurement unit uses a gyroscope, accelerometer, and magnetometer to measure velocity, acceleration, and rotation of the system on which the IMU is carried. IMUs are integrated into inertial navigation systems (INS) that utilize the IMU measurements to determine the attitude, angular rates, linear velocity, and position relative to a global reference frame.

The Global Inertial Measurement Unit Market has witnessed high growth in recent years. This is due to the increasing demand for UAVs integrated with INS for the strategic missions. Moreover, the growing demand for new aircraft and advanced navigation systems are the other factors driving the growth of the market. Nevertheless, the operational complexity of INS is expected to restrain the market growth to an extent.

Deployment of the inertial navigation system in unmanned systems

What CAGR is the Inertial Measurement Unit Market anticipated to attain in the coming years?

Inertial Measurement Unit Market is anticipated to attain a CAGR of 5.4% in the coming years.

By 2025, what is expected to be the Inertial Measurement Unit Market value across the globe?

By 2025, the Inertial Measurement Unit Market value can be USD 17.45 Billion, across the globe.

What are the key factors boosting the Inertial Measurement Unit Market growth?

The rising integration of UAVs with INS for strategic missions and the escalating demand for new aircraft as well as cutting edge navigation systems are the key factors boosting the market growth.

Which technology-based segment is expected to take the lead in the global Inertial Measurement Unit Market?

Fiber optics gyro is the technology-based segment that is expected to take the lead in the global Inertial Measurement Unit Market.

What is the top growth booster in the North American Inertial Measurement Unit Market?

The strong presence of highly renowned vendors like Northrop Grumman Corporation, General Electric Company, United Technologies Corporation and Honeywell International Inc., coupled with the massive spending on the development of IMU by these vendors boost the growth of the North American market.