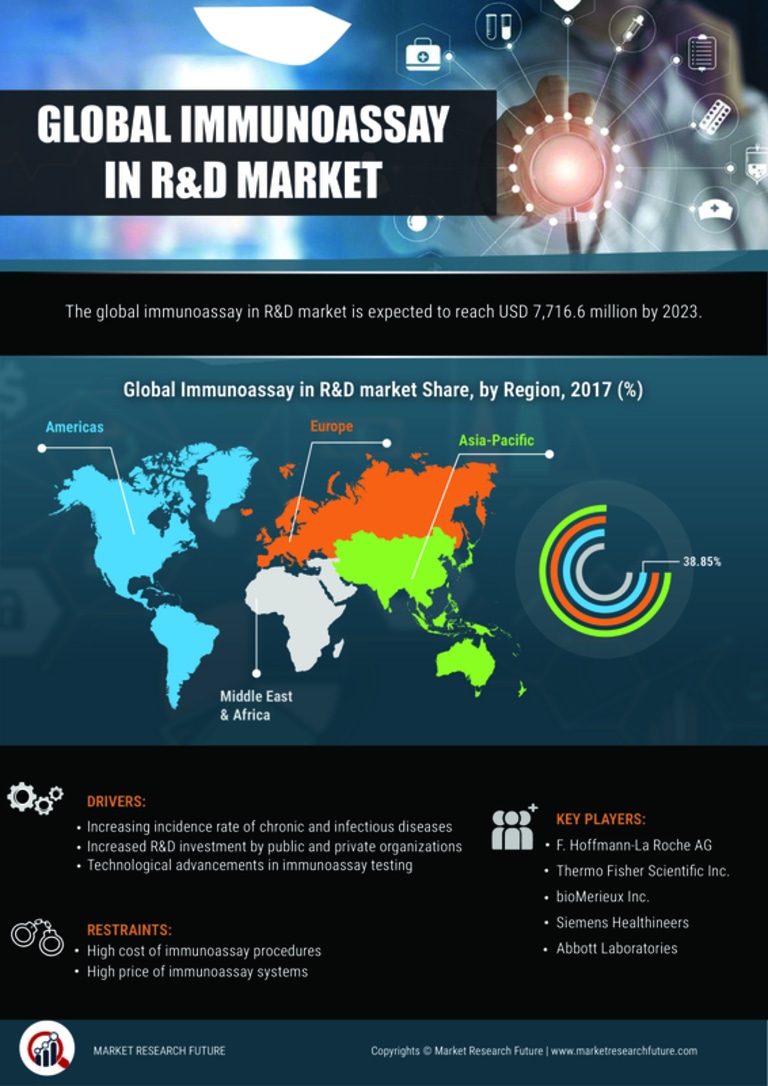 The Immunoassays in R&D Market is projected to reach USD 7133.11 Million by 2030 at 8.18% CAGR during the forecast period 2022-2030. Immunoassays are bioanalytical procedures, in which the quantitation of the analyte depends on the reaction of an antigen (analyte) and an antibody. Immunoassays have been extensively used in several areas of pharmaceutical analysis such as diagnosis of diseases, therapeutic drug monitoring, and clinical pharmacokinetics and bioequivalence studies in drug discoveries.

Factors such as the increasing incidence rate of chronic and infectious diseases, increased research and development investment (R&D), and technological advancements are the major drivers propelling market growth. However, the high cost of immunoassay procedures and the high price of immunoassay systems constrain the growth of the global Immunoassay Market.

The number of patients suffering from diseases is growing globally, and the complexity and severity of such conditions are also increasing. For instance, according to a 2016 study published in the Journal of Translational Medicine, nearly 12,000 patients are newly diagnosed with bladder cancer annually. Additionally, around 5000 patients die from the same on an annual basis in Japan. The demand for advanced diagnostic methods is rising with the growing number of patients. Presently, top companies are involved in developing immunoassay platforms with improved capabilities such as higher sensitivity and specificity, and a broad menu of tests. Other major advances introduced to researchers include shorter turnaround times (TAT), higher productivity, and smooth operation, thereby ensuring efficient detection and determination with accurate results. For instance, in January 2017, Siemens Healthineers announced the Novagnost Zika Virus IgM µ-capture Assay. Also, in December 2018, Thermo Fisher Scientific received the Food and Drug Administration (FDA) clearance for its de novo submission of its QMS Plazomicin Immunoassay. This complementary diagnostic immunoassay measures the concentration of a novel therapeutic antibiotic, plazomicin. 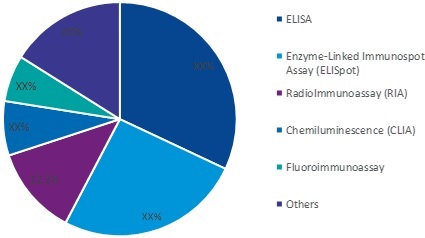 The immunoassays in R&D market has been segmented into product & service, type, application, and end user.

Based on product & service, the global Immunoassay Market has been segmented into kits and reagents, analyzers, and software and services.

Based on application, the global Immunoassay Market has been segmented into infectious diseases, cancer research, endocrinology, autoimmune diseases, and others.

Based on end user, the global market has been segmented into pharmaceutical and biotechnology companies, academic institutions and laboratories, and others. 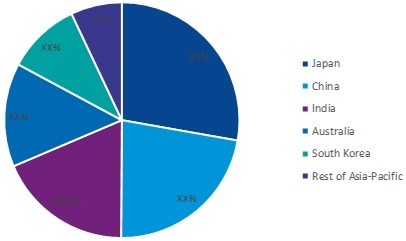 The immunoassays in R&D market, based on region, has been segmented into the Americas, Europe, Asia-Pacific, and the Middle East & Africa.

The Americas is estimated to dominate the immunoassay in R&D market during the forecast period. This is attributed to the increasing number of research projects in laboratories, as research laboratories play a vital role in the growth of the regional market. Besides, several research grants are given by governmental agencies. Furthermore, research labs and academic institutions are involved in strategic partnerships and collaborations to come up with innovative diagnostic and treatment alternatives. For instance, the American Research Laboratories, based in Florida, the US, works in a partnership with clinicians to provide knowledge of, and access to the latest testing guidance.

The European Immunoassay Market is expected to be the second-largest during the review period. Their growing adoption in diagnostic measures is expected to boost the growth of the regional market. Additionally, the companies operating in the market are mainly focusing on mergers and acquisitions. For instance, in March 2017, bioMérieux, Inc. acquired Astute Medical, Inc. to expand its product portfolio.

Asia-Pacific is estimated to be the fastest-growing market owing to the developing healthcare infrastructure and increasing disposable income. Improving healthcare infrastructure has increased the number of research activities in the region. Moreover, the increase in the number of research and development centers and focus on strategic agreements of the companies operating in the market are the other factors expected to boost the growth of the regional market. For instance, in November 2018, bioMérieux, Inc. announced the acquisition of Suzhou Hybiome Biomedical Engineering Co. Ltd, which strengthened its presence in China.

The market in the Middle East & Africa is expected to witness steady growth due to limited access to healthcare. The growing awareness regarding healthcare and the availability of new advanced treatment options are factors expected to drive the growth of the market in the region. Additionally, many pharmaceutical companies are targeting the developing and underdeveloped countries in the region to expand their reach and increase the target audience. For instance, F. Hoffmann-La Roche Ltd marks the presence in 11 countries in Africa.


Immunoassays in R&D Market, by Type

Immunoassays in R&D Market, by Application


Immunoassays in R&D Market, by Region

What is the valuation of the Immunoassays In R&D Market?

Global Immunoassays In R&D Market is expected to rise to a valuation of USD 7133.11 Million by 2030.

What is the CAGR of the Immunoassays In R&D Market?

What is the major driver for the Immunoassays In R&D Market?

The growing biotechnology sector is likely to be a major driver for the Immunoassays In R&D Market.

The growing biotechnology sector is likely to be a major driver for the Immunoassays In R&D Market.

The Americas is the major regional Immunoassays In R&D Market.

What are the leading Immunoassays In R&D Market players?

Leading players in the Immunoassays In R&D Market include Becton Dickinson and Company, Thermo Fisher Scientific, and Abcam, among others.

Immunoassay in R&amp;D Market is Growing Investment in Research and Development Activities is Set...