It is estimated that the autoimmune disease treatment market is expected to grow at a CAGR 11.2% during the forecast period of 2017-2023. An autoimmune disease is a condition in which body's immune system destroys its own body tissue. There are more than 80 different type of autoimmune disorders but the most common are multiple sclerosis, IBD, diabetes, rheumatoid arthritis, psoriasis, and others. Autoimmune disease may result in abnormal growth of an organ, the destruction of body tissue, and changes in organ function

According to the National Institutes of Health (NIH), around 23.5 million Americans are suffering from autoimmune disease. NIH has also estimated that the annual direct health care costs for autoimmune disease are near to the USD 100 billion. Whereas for cancers, and heart & strokes, the cost is around USD 57 billion, and USD 200 billion respectively.

Notably, growing public awareness, and the increasing prevalence of autoimmune diseases, and other related complications are the key factors driving the autoimmune disease treatment market. Government and other different private associations have started educating people about diseases through seminars, and conferences. For instance, the American Autoimmune Related Diseases Association in collaboration with the National Coalition of Autoimmune Patient Groups conducts a program, named Autoimmune Research Network (ARNet). Through this research network, researchers empowers patients by supporting their participation in research on autoimmune diseases by gathering patient information. This information is majorly helpful during clinical trials.

Despite these drivers, there are some issues associated with autoimmune disease treatment market. High cost of treatment, presence of misbranded drugs, side-effects of treatment, and poor healthcare system in low or middle-income countries, may hamper the growth of the market.

The global autoimmune disease treatment market is segmented on the basis of disease type, diagnosis, therapeutic products, and distribution channels.

On the basis of the diagnosis, the market is classified as ELISA, dot blot, line blot, agglutination, double immune diffusion, western blotting, multiplex immunoassay, and others.

On the basis of the distribution channel, the market is segmented into hospitals & clinics, diagnostic centers, drug stores, pharmacies, and others. 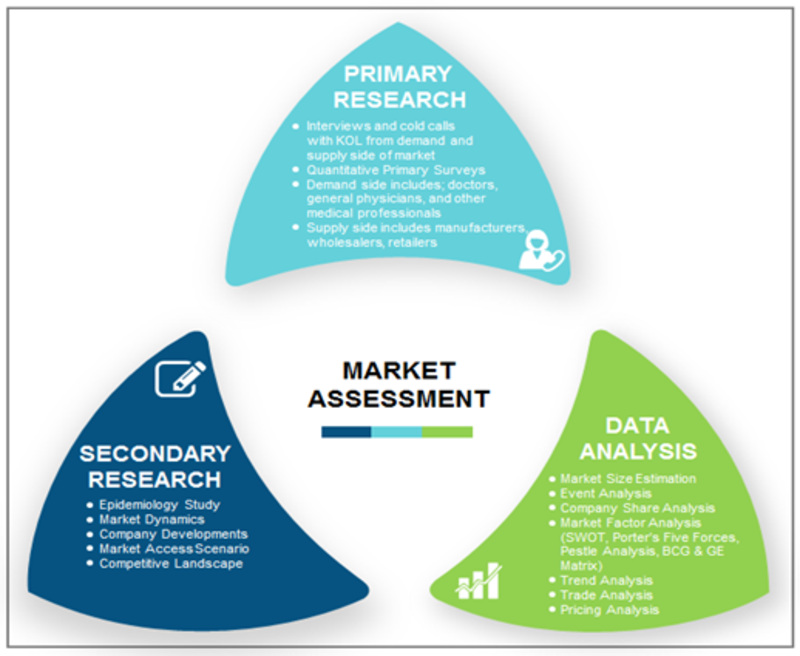 Europe holds the second position in the autoimmune disease treatment market. It is expected that the financial support provided by the government bodies for research & development and amendments in reimbursement policies in the healthcare is likely to drive the European market

The Middle East & Africa holds the lowest market due to poor medical facilities, and lack of technical knowledge.

What are Autoimmune Disease Treatment Market?

Autoimmune diseases occur when the body’s immune system mistakes the body’s own tissue for foreign objects and starts attacking it.

What is the CAGR of the Autoimmune Disease Treatment Market?

What is the major driver for the Autoimmune Disease Treatment Market?

The growing prevalence of autoimmune diseases is the major drive for the market.

Which is the Leading Regional Autoimmune Disease Treatment Market?

What are the Leading Autoimmune Disease Treatment Market Players?

Leading players in the autoimmune disease treatment market include Abbott, Amgen, and Bayer, among others.

What are Autoimmune Disease Treatment Market?

Autoimmune diseases occur when the body’s immune system mistakes the body’s own tissue for foreign objects and starts attacking it.

What is the CAGR of the Autoimmune Disease Treatment Market?

What is the major driver for the Autoimmune Disease Treatment Market?

The growing prevalence of autoimmune diseases is the major drive for the market.

Which is the Leading Regional Autoimmune Disease Treatment Market?

What are the Leading Autoimmune Disease Treatment Market Players?

Leading players in the autoimmune disease treatment market include Abbott, Amgen, and Bayer, among others.

Increase In Research And Development Expenditure Will Boost The Growth Of Market During The Forec...