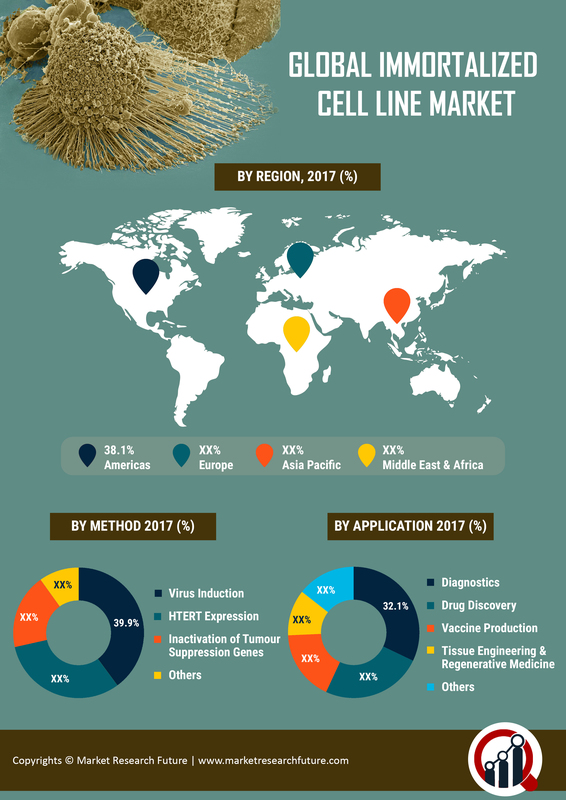 Speak to Analyst Request a Free Sample
The Immortalized Cell Line Market is expected to reach USD 2601.83 Million by 2030 at 4.90% CAGR during the forecast period 2022-2030  Immortalized cell lines are either tumorous cells that do not stop dividing or cells that have been artificially manipulated to proliferate indefinitely and can, thus, be cultured over several generations. These cell lines are expected to grow due to the rise in vaccine production and innovative technologies.

The increasing application in biotech and pharmaceutical companies and hospitals, a growing number of patients in need of organ transplantation, and the rise in the patient population affected by cancer are the major drivers propelling market growth. However, the high cost of equipment and developing a stable strain of cell line and maintaining and preventing it from contamination may hinder the growth of the market.

The increasing demand for organ donation due to scarcity in the availability of organs is driving the need for artificially created biological cells. For instance, according to the US Department of Health & Human Services Organ Procurement and Transplantation Network (OPTN), as of November 2016, 121,678 patients were waiting for a life-saving organ transplant. This rising demand for an organ transplant is expected to drive the growth of the market during the forecast period. Additionally, increasing application in biotech and pharmaceutical companies and hospitals and rise in the patient population affected by cancer are likely to support market growth. On the other hand, the high cost of equipment and developing a stable strain of cell line and maintaining and preventing it from contamination is anticipated to hamper the market growth.

The immortalized cell line market has been segmented into method, application, and end user.

The immortalized cell line market, based on application, is segmented into diagnostics, drug discovery, vaccine production, tissue engineering and regenerative medicine, and others.

Some of the key strategies followed by the players operating in the immortalized cell line market are innovation, product development, acquisition, and expansion. 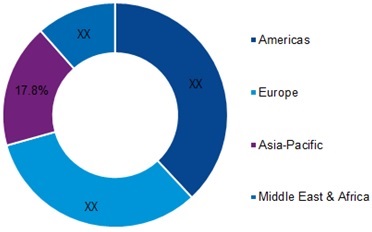 The immortalized cell line market, based on region, is segmented into the Americas, Europe, Asia-Pacific, and the Middle East & Africa.

The Americas is estimated to dominate the immortalized cell line market during the forecast period. This is attributed to an increase in the occurrence of cancer, the presence of well-established pharmaceutical and biotechnology industry, increasing awareness of immortalized cell lines, and strong research funding.

The European market for immortalized cell line is expected to be the second-largest during the forecast period. Increasing government support, well-developed technology, and rising cases of cancer are expected to boost the growth of the market in this region.

Asia-Pacific is estimated to be the fastest-growing market due to the increasing expenditure on healthcare by government and private sector companies. Moreover, the growing awareness about healthcare and large untapped patient population have led to the increased focus of key players on expansion in this region. Furthermore, the region accounted for a market share of 17.8% in 2017.

The immortalized cell line market in the Middle East & Africa is expected to hold the least market share.

What will be the value of the Immortalized Cell Line Market during the forecast period?

At what CAGR is the Immortalized Cell Line Market projected to grow during the forecast period?

Which region is projected to dominate the Immortalized Cell Line Market?

What are the key factors boosting the Immortalized Cell Line Market growth?