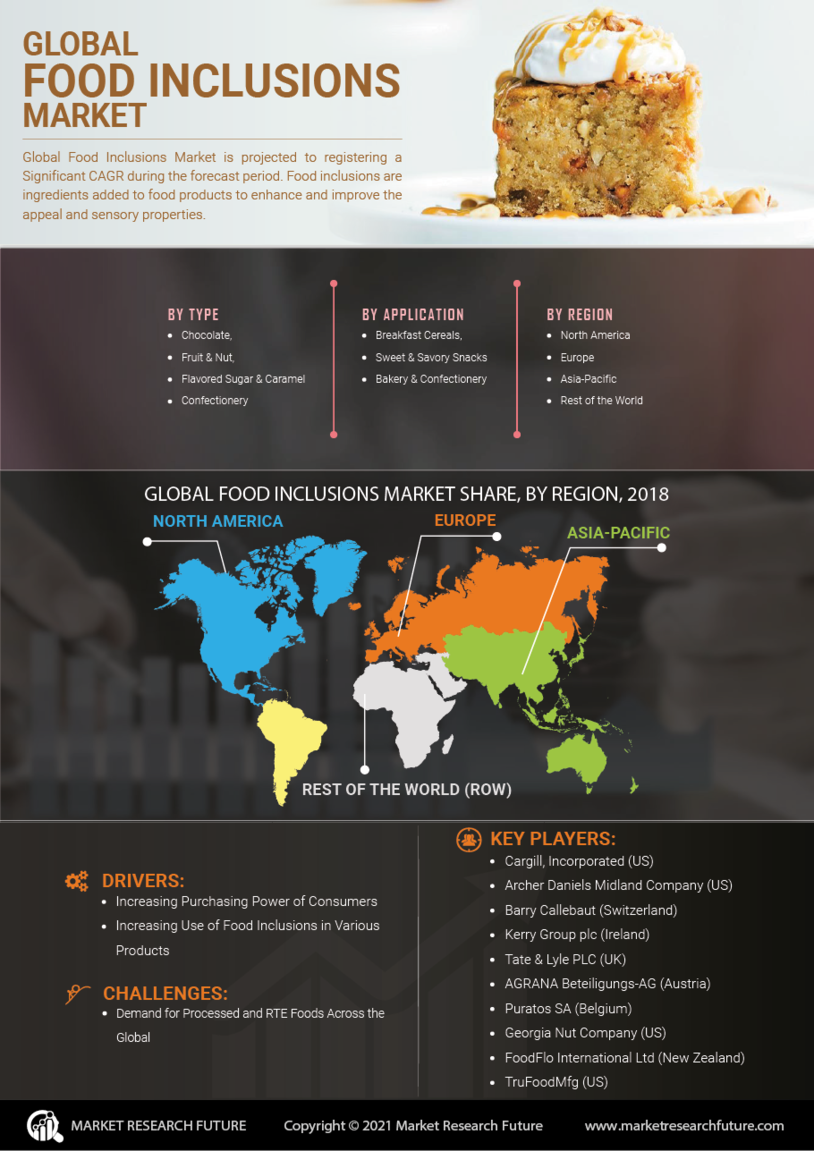 The dramatic rise in the urbanization rate, evolving lifestyle, and the soaring working populace worldwide have elevated the demand for processed food infused with various ingredients. Value addition remains a major aspect of processed food, since it enhances the texture, flavor along with the nutrients in the food.

However, allergies arising from the consumption of nuts and other inclusions could be a huge barrier for worldwide market growth. With that said, the market progress in Asia Pacific will be noteworthy, given the surging per capita disposable income and the mounting preference for a variety of processed foods. The heightened preference for clean label food inclusions and additives and the changes in the consumers’ lifestyle pave the way for higher profits of the market.

The global food inclusions market has been segmented based on type, application, form, and region.

By type, the food inclusions market has been classified as chocolate, fruit and nut, cereals, flavored sugar and caramel, confectionery, and others.

Based on application, the global food inclusions market has been categorized as breakfast cereals, sweet and savory snacks, dairy and frozen desserts, bakery and confectionery, and others.

The global food inclusions market has also been divided, based on form, into solid and semi-solid and liquid.

The global food inclusions market has been studied for four regions—North America, Europe, Asia-Pacific, and the rest of the world. 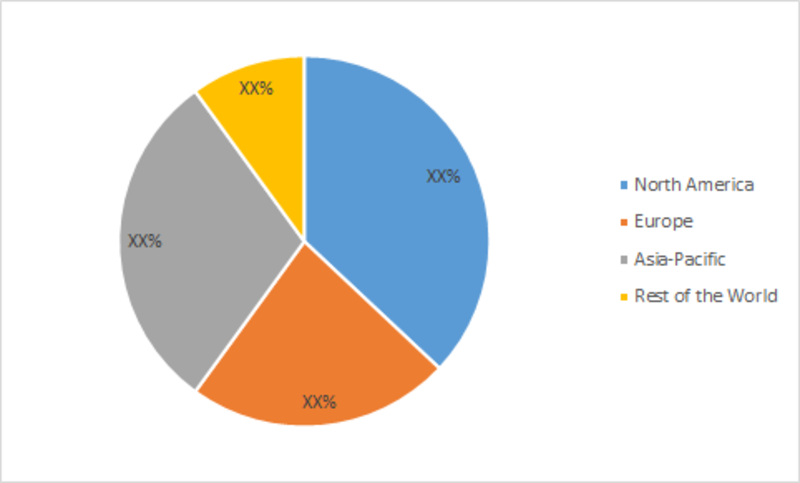 North America is expected to dominate the food inclusions market during the forecast period due to the presence of prominent processed food producers in the region and changing consumer preferences for food products with variety and appeal in the US and Canada. The increasing use of food inclusions in various products to enhance quality, taste, and texture is expected to result in a significant share for the European market in the coming years. However, the market in Asia-Pacific is expected to register the highest CAGR due to economic growth in the region resulting in increasing per capita disposable income boosting the sales of processed foods.Recent Development

Puratos UK, an ingredients specialist has joined hands with Fourayes, the fruit grower as well as processor to introduce a series of real vegetable and fruit pieces called Utterly Fruity. This new lineup has four ingredients including cranberry, Bramley apple, beetroot and carrot, and have extensive bakery applications including specialty cakes and breads along with ice cream.

How big is Food Inclusions Market and how fast is it expected to grow?

Who are the leading competitors in the Food Inclusions Market?

What are the main driving forces behind the market for food inclusions?

The demand has increased due to the rapid urbanisation rate, changing lifestyles, and growing working population globally.

The increasing use of food inclusions in breakfast cereals to enhance the look and quality is exp...