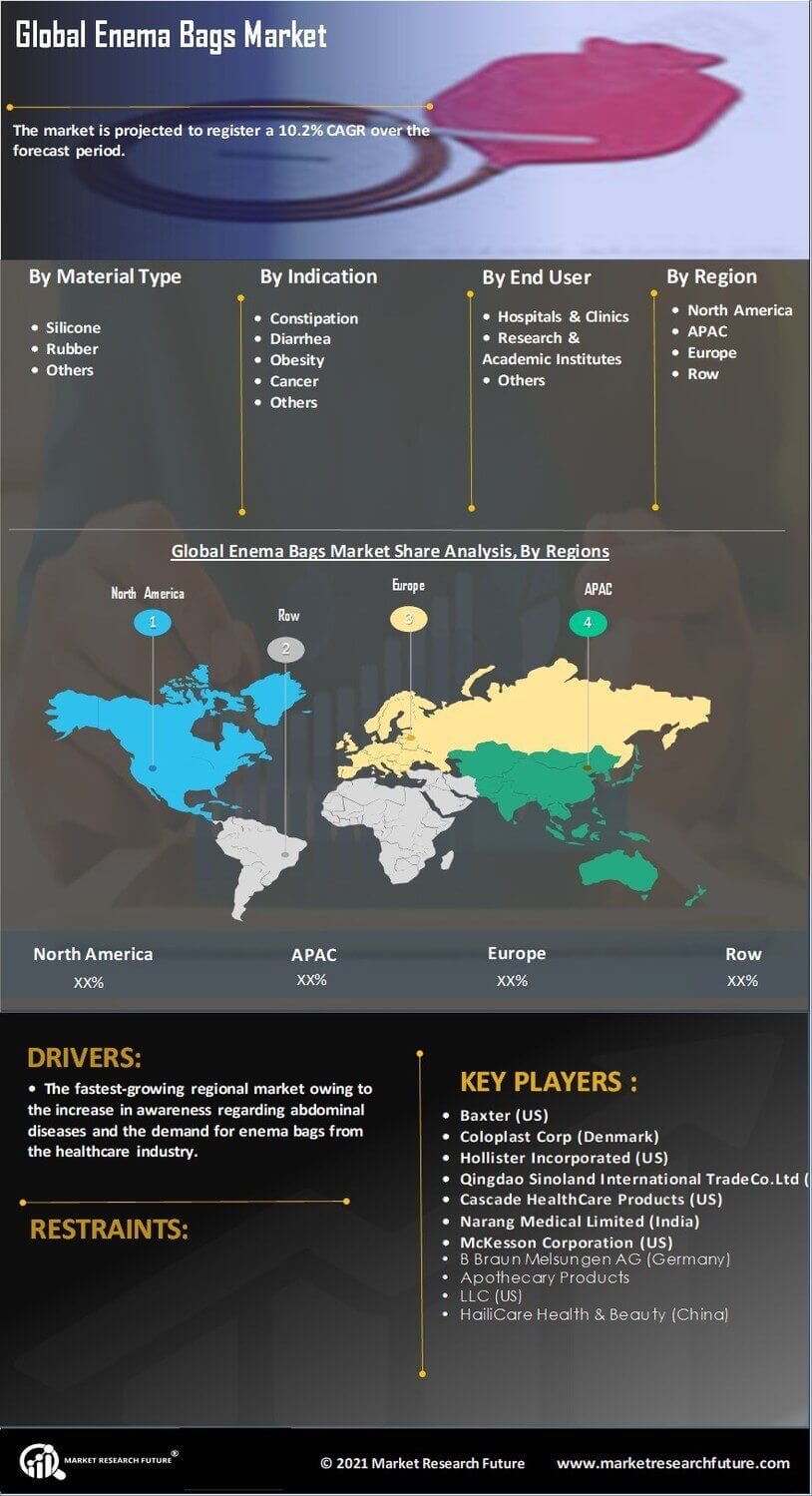 Enema is the process of injecting fluid into the bowel via the rectum. This method is used to get relief from various conditions such as constipation, fatigue, headaches, and backaches. It is a process that helps to push out the waste from the rectum. This waste is collected in enema bags. Factors such as the increasing prevalence of gastrointestinal disorders and rising awareness regarding enema administration are expected to drive market growth. According to an article published by the International Foundation of Gastrointestinal Disorders (IFFGD) in May 2016, the worldwide prevalence rate of irritable bowel syndrome is 10 to 15%. Moreover, rising incidences of bowel cleansing are also expected to boost market growth. However, factors such as the side effects associated with enema administration are expected to hamper the market growth. 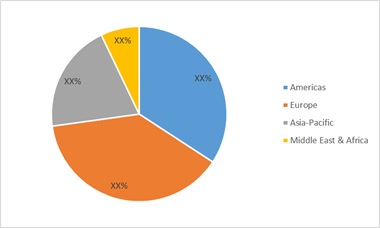 Geographically, the market has been segmented into the Americas, Europe, Asia-Pacific, and the Middle East & Africa. The Americas is anticipated to dominate the global enema bags market owing to high prevalence of diarrhea and rising demand for enema kits. Europe is expected to hold the second-largest position in the global enema bags market. Increasing cases of enema-based procedures drive the market growth in this region. Asia-Pacific is expected to be the fastest-growing regional market owing to the increase in awareness regarding abdominal diseases and the demand for enema bags from the healthcare industry. The market in the Middle East & Africa holds the least share of the market. The Middle Eastern market is expected to hold a major market share of this region owing to the availability of enema-based products, lack of physical exercise, and increasing cases of constipation.

How does the outlook of the global enema bags market look like?

At what CAGR is the global wireless health and fitness devices market projected to grow in the forecast period (2022-2030)?

The global wireless health and fitness devices market is projected to grow at 11.5% CAGR during the assessment period (2022-2030).

What are the major tailwinds pushing the growth of the global enema bags market?

Increasing prevalence of gastrointestinal disorders and rising awareness regarding enema administration are the major tailwinds pushing the growth of the global enema bags market.

Which region holds the largest share in the global enema bags market?

North America holds the largest share in the global enema bags market, followed by Europe and the Asia Pacific, respectively.

Who are the top players in the global enema bags market?