Duloxetine API market is expected to register a CAGR of 3.52% and is anticipated to reach USD 3,985.0 million by 2023. Active pharmaceutical ingredients (APIs) are used in the manufacturing of pharmaceutical formulations. Duloxetine is a serotonin-norepinephrine reuptake inhibitor used in the treatment of depression and anxiety. Moreover, it is used to help relieve neuropathic pain in people with diabetes or ongoing pain due to medical conditions such as arthritis, chronic back pain, or fibromyalgia.

The growing prevalence of depression, increasing penetration of generic drugs, increasing cases of anxiety, the growing trend of outsourcing, strong drug pipeline, and growing demand for newly developed small molecule drugs are anticipated to boost the market growth over the assessment period.

The people suffering from anxiety are increasing significantly. According to a report by the World Health Organization (WHO), the portion of the global population with anxiety disorders was estimated to be 3.6% in 2015. This factor is expected to contribute to market growth. Other factors boosting the growth of the duloxetine API market include growing prevalence of depression, increasing penetration of generic drugs, increasing trend of outsourcing, strong drug pipeline among others. However, the factors such as changing economic conditions in different regions and side-effects of duloxetine may hinder the market growth over the forecast period.

The duloxetine API market has been segmented into application. Based on application, the market has been segmented into major depressive disorder, generalized anxiety disorder, fibromyalgia, neuropathic pain, chronic musculoskeletal pain, and others. The chronic musculoskeletal pain accounted for a market value of USD 200.0 million in 2017. 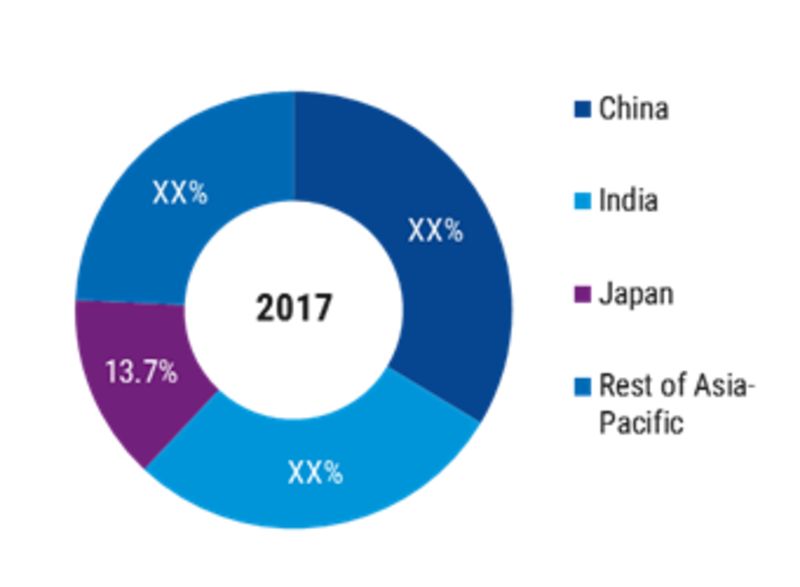 The duloxetine API market, based on region, is divided into the Americas, Europe, Asia-Pacific, and the Middle East and Africa.

The Americas is expected to dominate the duloxetine API market. In this region, North America is expected to dominate the market owing to the growing incidence of preventable chronic diseases such as depression, diabetes, growing government focus on generic drugs, and technological advancements in the manufacturing processes of APIs. In Europe, the market growth is due to the growing pharmaceutical sector. Moreover, countries such as the UK, Germany, and France have a higher demand for API and thus boost the growth of the overall market. The Asia-Pacific market for duloxetine API is considered to be growing significantly over the forecast period. The rising healthcare spending has led to quality healthcare becoming accessible along with a high demand for pharmaceutical products across the Asia-Pacific region. In this region, Japan accounted for a market share of 13.7% in 2017. Furthermore, the Middle East and Africa accounted for the least share of the market. The low market share is mainly due to the limited number of companies manufacturing duloxetine API.

Some of the key strategies followed by the players operating in the fluoroscopy and mobile c-arms market were innovation, product development, acquisition, and expansion.

At what CAGR is the duloxetine API market projected to grow during the forecast period?

Which region is expected to dominate the duloxetine API market?

The Americas is expected to dominate the duloxetine API market.

What will be the value of the duloxetine API market during the forecast period?

Which application segment will dominate the duloxetine API market?

What are the strategies adopted by industry players in the duloxetine API market?