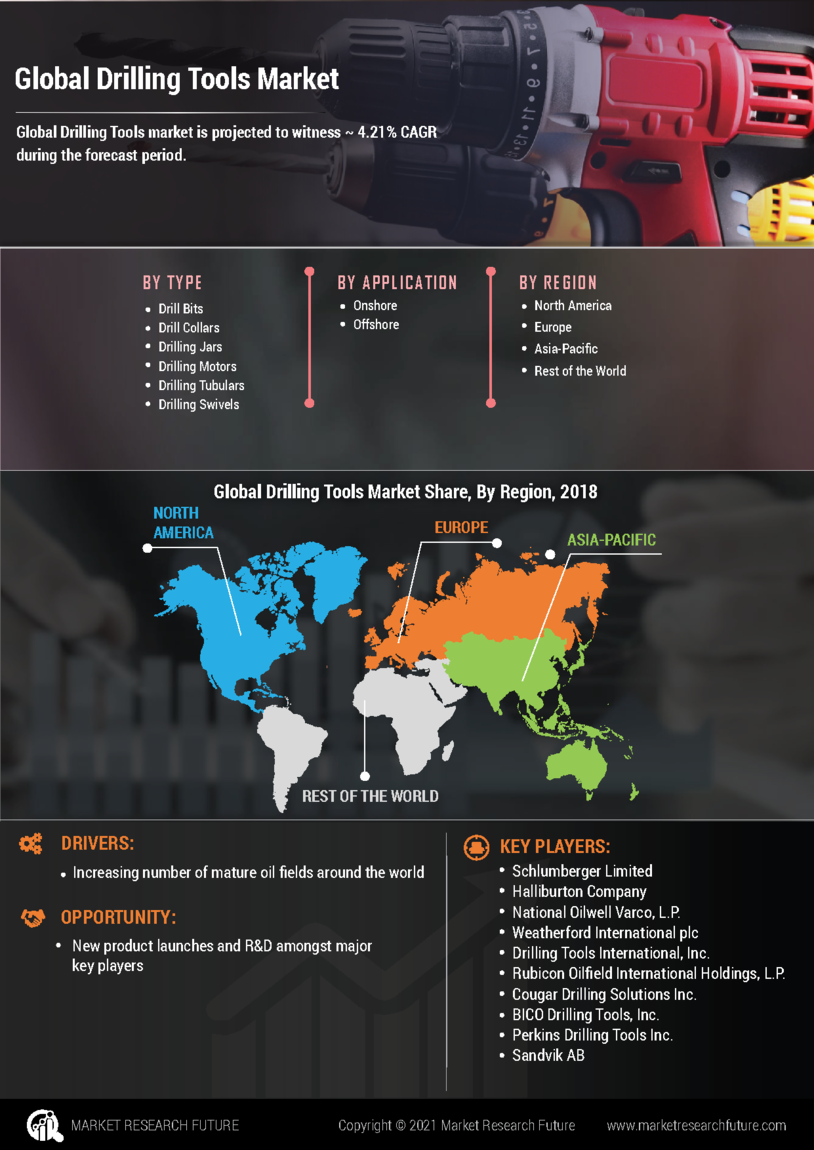 The global drilling tools market is expected to rise at a CAGR of 4.21% during forecast period 2022-2030. Increasing number of mature oil fields around the world is expected to drive global market.

However, the lack of investment in the offshore sector compared to onshore, the higher cost of the drilling tools for the offshore applications is expected to decrease the market growth in the upcoming years. The drill bit market segment is expected to rise faster due to the increasing offshore and onshore drilling activities all over the world. This is expected to dominate the market during the forecasting years. The drill bit is one of the primary tools in the oil and gas drilling operations, and it is designed to cut down the underneath earth layers consisting of various rocks for the discovery and extraction of oil and gas from the earth’s crust. The tool is divided into two types based on its design: a roller cone bit and a fixed cutter bit.


The key players in such industries are NOV Inc., Halliburton Company, Schlumberger Limited, Baker Hughes Company, Weatherford International plc, etc. The drilling tools market is expected to face regulatory concerns, which may hinder the growth of the market. 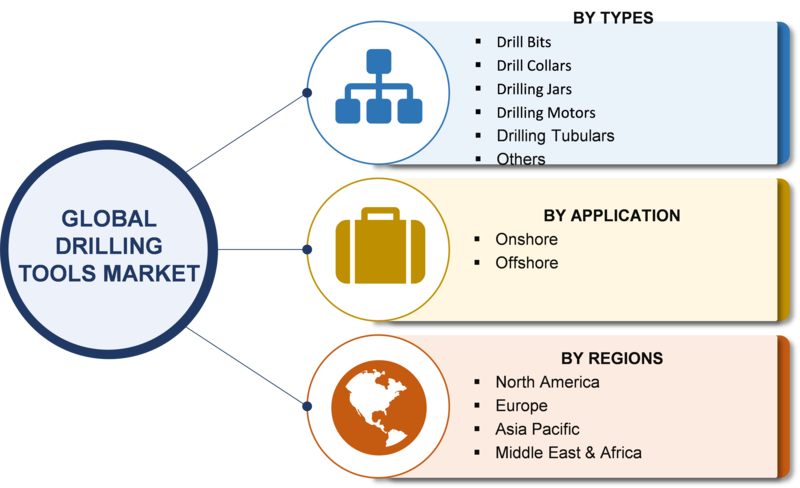 The global drilling tools market is driven by the increased onshore and drilling activities in the North America and Asia Pacific region. For instance, since 2007, the U.S. has invested several billions in onshore drilling projects for the extraction of shale oil and gas. Similarly, in China, several onshore oil drilling projects are carried out to extract shale oil. This has resulted in China being the top shale oil producer in the world. Furthermore, offshore deepwater drilling projects are executed in the North Sea and Gulf of Mexico region.  One of the other major drivers for the market is the increasing number of mature oil fields around the world. Many offshore oil production sites in the Gulf of Mexico region and the North Sea region are rapidly reaching their end of operational lifetime and new drilling operations are carried out in the region. The global drilling operations are expected to increase, once the major oilfield players resume oil drilling activity in the offshore regions.

The world consumption of oil has been steadily increasing since the past decade. Globally, oil and gas accounted for 65% of the world’s energy supply with the offshore areas of oil and gas production accounting for at least 25% of the total supply. Primarily, oil and gas are produced and brought to surface through the drilling of underground reservoirs, both onshore and offshore. Drilling tools help in oil and gas production by enabling operators to drill oil wells. During the early 19th century, drilling tools were extensively used in the Middle East and other oil production regions of the world for the commercial production of oil and natural gas. Especially, the Gulf of Mexico region and the North Sea region witnessed a steady activity of drilling in the offshore regions for the production of oil.  In the Middle East and other countries, oil wells were largely drilled onshore as compared to offshore regions, due to the huge availability of onshore resources.

The market is set to record a growth rate of 4.21% during the appraisal timeline.

The market size by 2030 is slated to mushroom quite lucratively, given the rising world consumption as well as demand of oil and the increasing need to cater to this demand.

What factors are inducing the market growth in APAC?

Substantial investments in onshore drilling combined with the soaring demand for oil are inducing the market growth in APAC.

What are the top applications considered in the report?

Onshore and offshore are the top applications considered in the report.