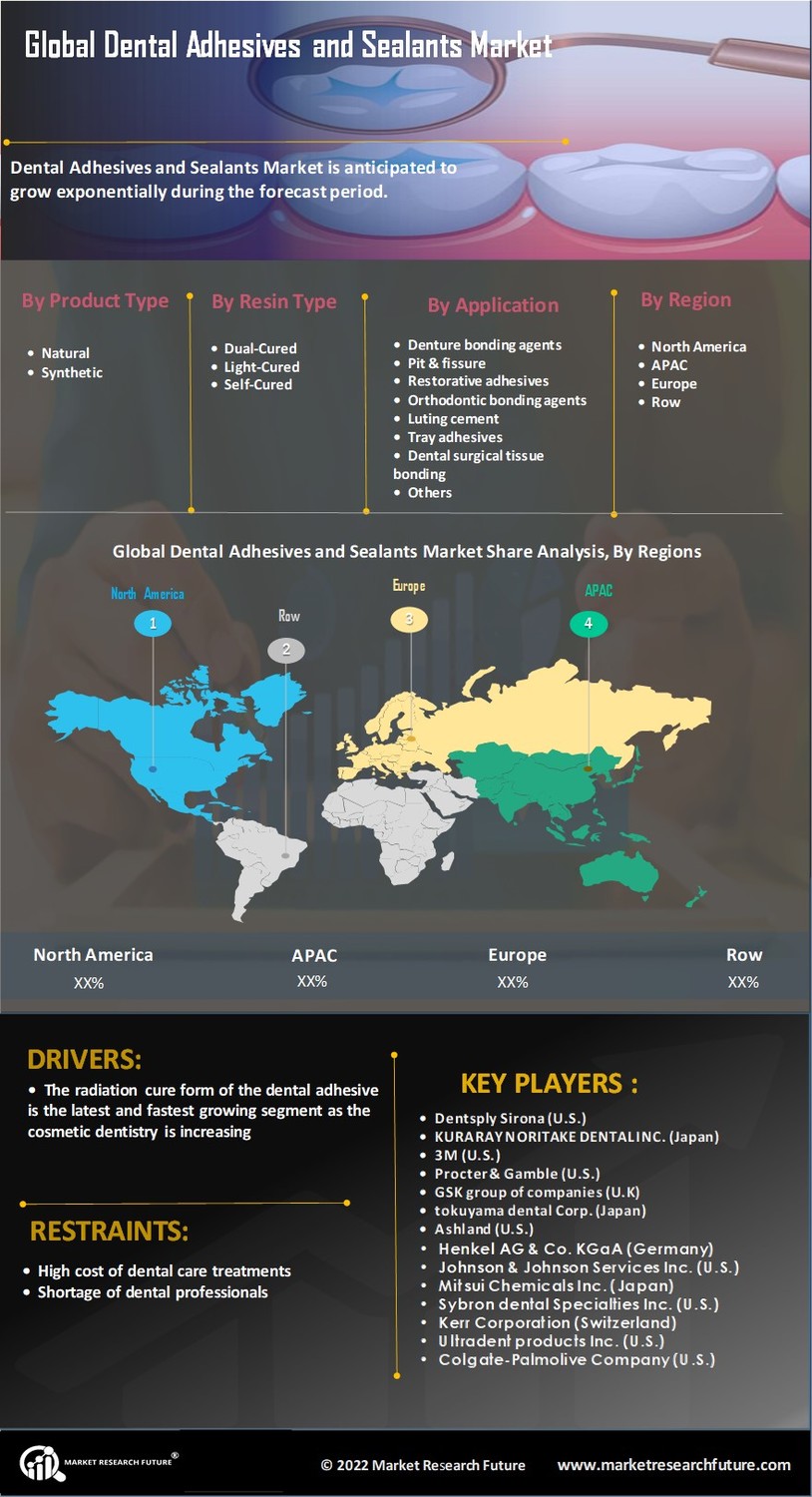 Dental Adhesives And Sealants Market is projected to be worth USD 11,996.5 million by 2028, registering a CAGR of 7.9% during the forecast period (2021 - 2028). The demand for dental adhesive technology has evolved toward complex formulations with simplified clinical procedures. The growing demand for reduced technique sensitivity, less time-consuming clinical application, and fewer incidences of postoperative sensitivity have made self-etch adhesive systems a promising approach compared to the other etch adhesive systems. The basic composition of self-etch adhesive is an aqueous solution of acidic functional monomers, with a pH relatively higher than that of phosphoric acid etchants. It has (Hydroxyethyl)methacrylate (HEMA) monomers. It is because most of the acidic monomers are low water-soluble, and they also increase the wettability of the dentin surface.

Self-etch adhesive systems are also considered simplified adhesive materials. It offers some advantages over conventional etch and rinse systems, such as reducing postoperative sensibility and less sensitive technique. The current self-etch adhesive systems are classified based on the number of clinical application steps, like one-step or two-step adhesives. Due to nationwide lockdowns and strict social distancing measures, the dental economy and several other healthcare sectors came to a halt in March and April 2020. During this time, the dental community's early proactive response to help flatten the curve and preserve personal protective equipment (PPE) significantly impacted the dental economy, thus affecting the demand for dental adhesives and sealants.

Global Dental Adhesives and Sealants Share, by the application (%) 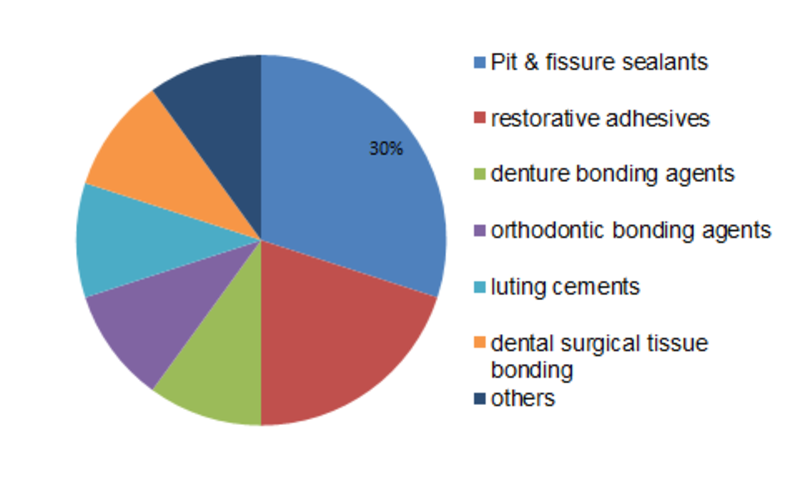 Europe is the largest dental adhesives and sealants market on account of growing geriatric population and high government expenditure on oral healthcare in this region. Followed by Europe, North America is another significant region witnessing a positive market growth. Furthermore, expensive dental care cost has negligible effects on the market growth in these regions due to the high disposable income.

Asia Pacific is anticipated to be the fastest emerging region in the global dental adhesive and sealant market owing to the growing dental campaign in emerging nations. Countries such as China, India, and Japan are expected to offer better opportunities due to the rising health consciousness.

Latin America is also expected to showcase significant growth on account of the rising demand for the product in countries such as Mexico, Brazil, and Argentina.Recent Development


One-step self-etch adhesive systems are all-in-one adhesives that combine the etching, priming, and bonding, thus containing acidic functional monomers, hydrophobic monomers, water, and organic solvent in a single solution. The two-step self-etch adhesive system includes using hydrophilic etching primer, which combines acidic monomers that simultaneously etch and prime tooth substrate, and after solvent evaporation, a layer of hydrophobic and bonding agent seals the dentin.The number of aging people is already rising rapidly, but the oldest old population grows even faster. The aging populations are aging fast. The UN estimates put the number of oldest-old people at 434 million, triple the amount 125 million of oldest-old people by the end of the upcoming 3 decades.

What is the leading product type in the market?

The global dental adhesives and sealants market is expected to be dominated by the natural segment over the forecast period.

Which is the leading resin type in the market?

The leading resin type in the dental adhesives and sealants market is self-cured resins.

The growing dental hygiene industry is the major driver for the global dental adhesives and sealants market.

Europe is the largest regional market for dental adhesives and sealants.

Leading players in the market include Dentsply Sirona, Procter and Gamble, and 3M, among others.

Dental Adhesives And Sealants Market is Estimated to grow at a Robust CAGR due to growing Applica...