The Defibrillators Pads Market is expected to register a CAGR of 5% and market value of USD 25,610.1 million during the forecast period

The defibrillators pads market is expected to register a CAGR of 5% during the forecast period. In life-threatening diseases such as ventricular fibrillation, cardiac arrhythmia, and pulseless ventricular tachycardia, a defibrillator is a medical device that delivers a therapeutic shock to a patient's heart. A defibrillator pad is a device that administers an electric shock to the heart and is worn on the chest. The pads are intended to treat sudden cardiac arrest (SCA), which occurs when the heart suddenly stops beating. SCA arises when the heart loses its ability to properly pump blood.

According to the distribution channel, the market is segmented into online pharmacy, retail pharmacy, hospital pharmacy, and others. 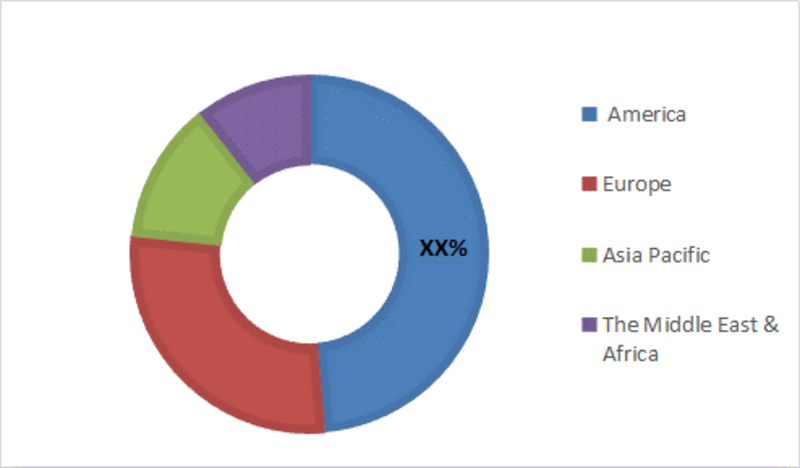 Americas is the global leader for defibrillators pads market owing to increasing prevalence of cardiovascular diseases among adults and older population and rising more elderly population which increases the vulnerability to hypertension and obesity issues which are indirect causes of heart disease.  Additionally, factors such as increasing government initiatives and funding for research, development in advanced medical treatment options, and rising demand for technologically advanced treatment are likely to enhance the growth of defibrillators pads market in the American region. For instance, according to American Heart Association, in 2014, around 31% of the deaths in the U.S. were due to cardiovascular disorders. Similarly, according to stats presented in reports published by the Centers for Disease Control and Prevention,  heart disease is the most common cause of death and accounted for the death of about 366,000 people in 2015. This growing rate of cardiovascular disorders is expected to have a direct effect on the growth of the defibrillators pads market as it finds whole and sole application in cardiovascular disorders.

Europe is the second largest market and holds a healthy share in the global defibrillators pads market. The European market is expected to grow at a sturdy growth rate during the forecast period due to major driving factors like availability of advanced treatment facilities, increasing healthcare expenditure along with growing need for better healthcare infrastructure and government initiatives of healthcare reform. For instance, according to 2017 statistics presented by the European Society of Cardiology, there were more than 6 million reported new cases of cardiovascular diseases in the European Union and more than 11 million in Europe as a whole. Additionally, every year 15% of deaths in Europe occur due to cardiovascular diseases. Hence cardiovascular disease being one of the major concern in Europe contributes significantly to the market growth of this region. Additionally, Europe spent around 210 Euros in 2015 for treatment of cardiovascular disorders. This rising healthcare expenditure due to cardiovascular disorders is expected to have a positive impact on the defibrillators pads market. Developed countries such as the U.S. and the U.K. are making it compulsory for certain sports arenas, schools, government facilities, and institutes to store and maintain Automated External Defibrillators (AEDs), as unavailability of defibrillators is the most common cause of sudden cardiac arrest.

Asia Pacific is expected to be the fastest growing market. According to report published by the United Nations in 2015; between 2015 and 2030, the number of older persons aged 60 years or over in the world is predicted to grow by 56 %, out of which 66% of the older population would reside in Asia-Pacific regions. This makes the region prone to metabolic disorders that would further aid the chances of cardiovascular diseases. Owing to the huge patient pool, a faster adaptation of healthcare technology, government initiatives to increase the healthcare quality, favorable insurance and reimbursement policies, and key players such as Boston Scientific Corporation and Medtronic have been setting up their regional headquarters and manufacturing plants in Singapore, China, Japan, Korea, and Australia. This is accelerating the growth of the defibrillators pads market. Moreover, raising adaption of western culture has led to increasing sedentary lifestyle due to work culture, addiction to alcohol and smoking, consumption of fast foods which are the indirect causes of cardiovascular diseases and rise in the standard of living in the region also contributes to defibrillators pads market growth. However, on the other hand, factor such as lack of skilled healthcare professionals may slow down the market growth during the forecast period. For instance, according to the Global Burden of Disease Report in 2016, heart diseases is expected to lead to 1.7 million deaths in India. This rising prevalence of heart diseases is expected to propel the growth of the market.

The Middle East & Africa is expected to show the least growth in the market due to some major factors such as lack of awareness, limited access and availability of treatment facilities. In the Middle East, United Arab Emirates is the largest market share owing to the development of healthcare industry and rising availability of specialty care centers.

Nichola Mallon, an Irish politician, recently unveiled one of the first modern defibrillators to be deployed across the public transportation network. The Department for Infrastructure is funding the project, which is being implemented in collaboration with the British Heart Foundation Northern Ireland (BHF NI) and the Northern Ireland Ambulance Service (NIAS). These readily available kits will be critical in saving lives when people experience cardiac arrest.

The FDA has given the ZOLL AED 3 defibrillator premarket clearance (PMA) for use by lay rescuers, according to ZOLL Medical Corporation, an Asahi Kasei Group company that provides medical equipment and related software solutions. By reducing the uncertainty for bystanders and giving them the confidence to respond, ZOLL AED 3 continues ZOLL's record of producing best-in-class AEDs to assist improve outcomes from sudden cardiac arrest (SCA).

What are Defibrillator Pads?

Defibrillation is a procedure that involves the delivery of an electric shock to the heart which causes depolarization of the heart muscles and re-establishes normal conduction of the heart’s electrical impulses. To increase the efficacy of automated defibrillators, pads are attached to them which directly touch the patient’s chest and deliver a shock to them. The gel present in the pads acts as a bonding agent and helps the pads adhere firmly to the victim’s skin, thus increasing its efficacy.

What is the CAGR of the Defibrillator Pads Market?

Global Defibrillator Pads Market is expected to exhibit a strong 5% CAGR over the forecast period till 2023.

What is the major driver for the Defibrillator Pads Market?

The high prevalence of cardiac diseases is likely to be a major driver for the Defibrillator Pads Market.

Which is the major regional Defibrillator Pads Market?

The Americas hold a dominant share in the global Defibrillator Pads Market.

What are the key players in the Defibrillator Pads Market?

Leading players in the Defibrillator Pads Market include Stryker, Medtronic, and Boston Scientific Corporation, among others.

Defibrillators Pads: The increasing prevalence of cardiovascular disorders is likely to drive the...