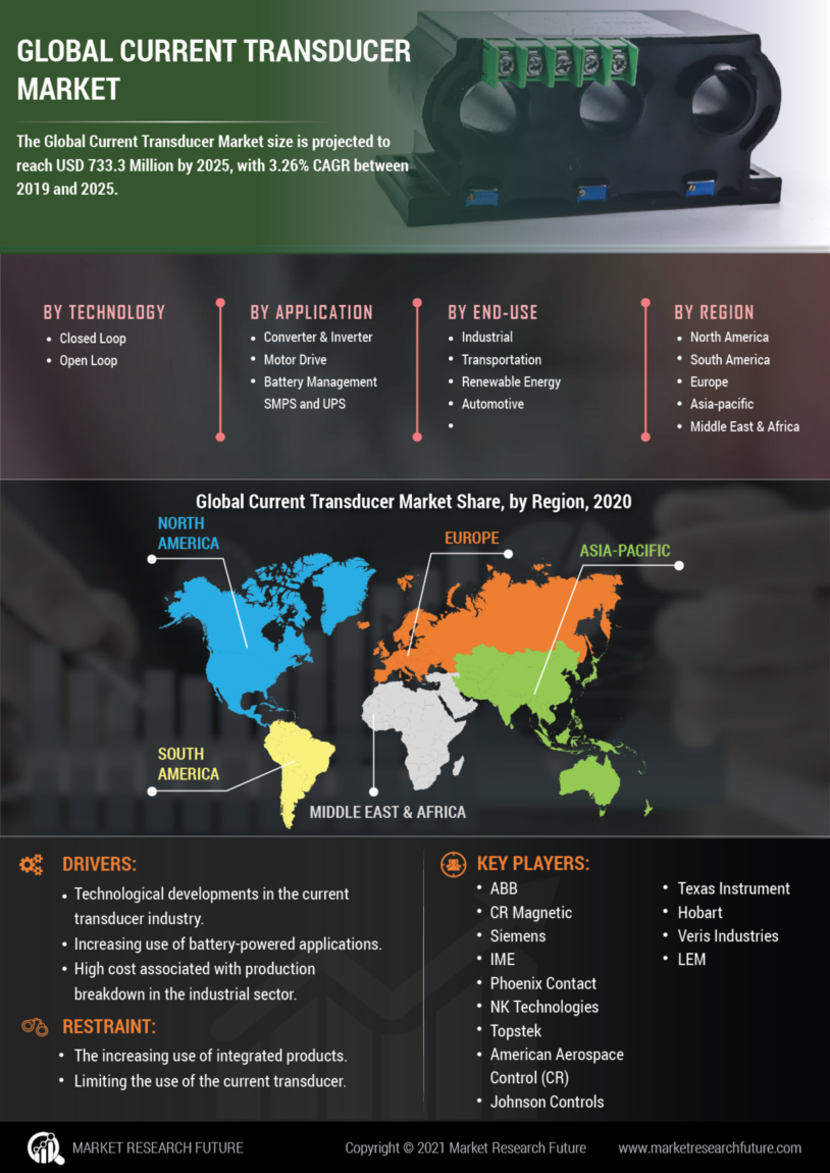 The Global Current Transducer is segmented based on technology, application, and end-use. By technology, the global market includes closed loop and open loop. The closed-loop segment is expected to hold the largest share as closed-loop current transducers are relatively technologically advanced and preferred over open-loop current transducers despite high cost. By application, the global market is segmented into converter & inverter, motor drive, battery management, switched-mode power supply (SMPS) and uninterruptible power supply (UPS), and others. The converter & inverter segment is expected to grow with the highest CAGR during the forecast period as these are highly compatible with renewable energy generation. Moreover, based on end-use, the global market is segmented into industrial, transportation, renewable energy, automotive, and others. The renewable energy segment is expected to grow at the highest rate as renewable energy generation is significantly prevalent in North America, Europe, and Asia-Pacific, which is likely to drive the current transducer market during the forecast period. 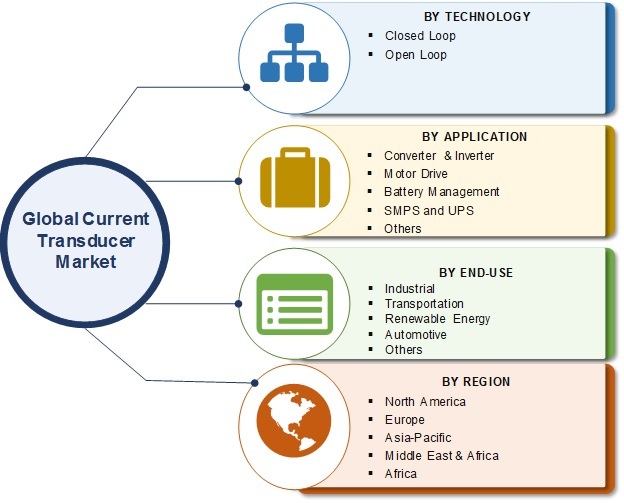 The Global Current Transducer Market is expected to witness high growth during the forecast period owing to the technological advancements in current transducers and increasing use of battery-powered applications in the renewable energy sector.

By region, the Global Current Transducer Market is segmented into Asia-Pacific, North America, Europe, the Middle East & Africa, and South America. Asia-Pacific dominated the current transducer in terms of market share owing to increasing demand for energy and the continuous efforts for increasing the share of renewable energy generation. As per the International Renewable Energy Agency, Asia-Pacific accounted for more than 50% of the world’s renewable generating capacity in 2017. Moreover, renewable energy capacity reached nearly 9,168 GW in 2017, with China and India contributing the highest in the Asia-Pacific region. Also, key countries in Asia-Pacific such as India, China, and Australia are focusing on renewable energy sources including wind, bioenergy, solar, and hydropower due to the environmental concerns, price volatility, and security of supply. Such factors are expected to drive the current transducer market in the region.

What is the estimated value of the global current transducer market?

The gobal current transducer market is estimated to value USD 986.3 million by the end of 2027.

What is the projected CAGR of the global current transducer market?

The global current transducer market is estimated to record a CAGR of 3.76% during the forecast period.

What are the major factors driving the global current transducer market?

The technological advancements and growing usage of battery-powered applications are a few of the most significant factors driving the global current transducer market.

On what basis is the global current transducer market segmented?

The global current transducer market can be segmented on the basis of application, technology, end-use, and region.

What are the most renowned names of the global current transducer market?