Cumene Market is projected to be worth USD 28.02 Billion by 2030, registering a CAGR of 4.32% during the forecast period (2022 - 2030). Cumene is a clear liquid that has a gasoline-like odor. It's a pretty stable chemical, but when exposed to oxygen, it tends to create peroxides. Before distillation or heat treatments, it's generally examined for peroxide content. Because of rising automobile production and sales in developing countries, the Cumene market is likely to increase over time. Furthermore, the market is likely to be fueled by increased development and construction activities. The market is also expected to surge as components of high-octane fuels owing to cumenes' high adoption rate.

The global Cumene market is usually propelled by the use of phenol and its derivatives in different applications such as electronics, automotive, coatings, and others. Product, Production Technology, Application, and Region are the segments of this market. Cumene is made mostly from phenol and acetone. It is produced using three different technologies: zeolite catalyst-based, solid phosphoric acid, and aluminum chloride. Region-wise, the Cumene market is dominated by Asia-Pacific.

The global cumene market is segmented on the basis of the product, production technology, application, and region.

On the basis of the product, the global cumene market is categorized into phenol and acetone.

Based on the production technology, the global cumene market is further segmented into zeolite catalyst based, solid phosphoric acid, and aluminum chloride.

The application segment of global cumene market is segregated into chemical intermediate and solvent.

Cumene, also known as isopropylbenzene, is a colorless liquid, volatile in nature, and gasoline-like odor. It is a flammable organic compound and boils at around 152ºC. The compound is a natural component of crude oil and coal tar. It is also used as a blending component in gasoline. Friedel-Crafts alkylation process is used to manufacture cumene commercially.

About 90% of cumene is used as a chemical intermediate to produce phenol, and the rest is used for acetone production. However, the market outlook majorly depends on the performance of phenol derivatives. The global cumene market is majorly driven by the use of phenol and its derivatives in various applications such as electrical & electronics, automotive, paints & coatings, cosmetics, and others. Furthermore, it is used as a solvent for paints, lacquers, and enamels, which find their uses in automotive and furniture. The growing population and their demand for these products are likely to propel the market growth during the review period. Furthermore, increasing building & construction activities in developing countries along with rising use of cumene based products is expected to drive the growth of the market. The growing automotive production and sales in emerging economies such as China, Brazil, Mexico, and Japan coupled with a high adoption rate of cumene as a component of high octane fuels are estimated to propel the market demand. The increasing growth of the plastics & composites industries is another major driving factor of the global cumene market. However, the rising material cost and hazardous effect on human health of cumene may challenge the market growth. For instance, Directive 98/24/EC on the protection of the health and safety of workers from the risks related to chemical agents at work. Nevertheless, the increasing growth for chemical manufacturing and their demand in various end-use industries such as automotive, infrastructure, and others may offer substantial opportunities and further fuel the market growth in coming years. 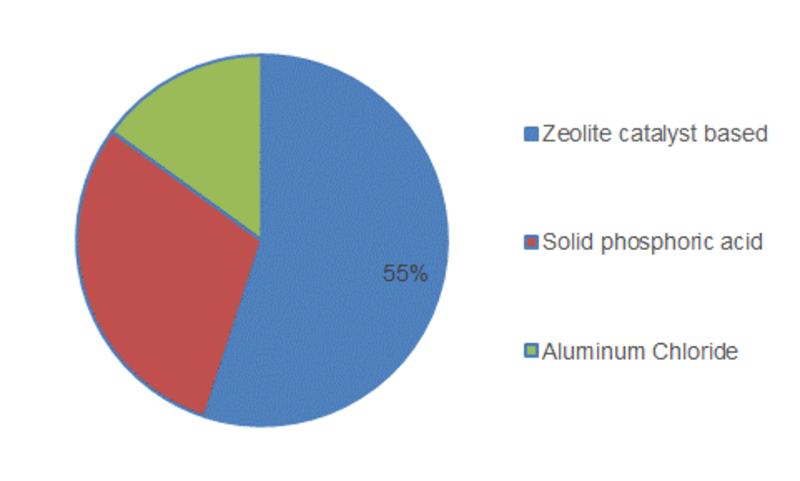 North America is another major region in the global cumene market owing to the high demand for technological electronic appliances such as smartphones, laptops, and gaming devices. The U.S. is the major contributor to the regional market due to the above-mentioned reason along with the high disposable income.

The European market is majorly driven by the demand for cumene from plastics and composites in countries such as Germany, Italy, the U.K, France, and others.

The Latin American market is primarily driven by the growing automotive sector in Mexico.

The Middle East & Africa is likely to showcase a significant market growth on account of the increasing demand for consumer electronics in this region.

BPCL has shelved an Rs 11,130 crore project to set up a specialist petrochemicals plant to produce polyols at its Kochi refinery, citing higher revised cost estimates as the cause. The Kochi refinery's polyols facility was built to produce specialty petrochemicals that are used to make polyurethanes for footwear, foam, and other uses. The six separate process units that were created were propylene oxide, ethylene oxide, polyols, an ethylene recovery unit, and a cumene unit.

In Marl, Germany, INEOS Phenol announced plans to develop a world-scale, state-of-the-art cumene facility. The existing pipeline connections between INEOS' phenol and acetone manufacturing site in Gladbeck, the Evonik Chemiepark in Marl, and the BP refinery and cracker complex in Gelsenkirchen will be used for the new 750,000-tonne unit. Its position will improve the plant's efficiency by allowing raw materials from the refinery. The property also benefits from the link to the Marl Harbor canal.

What are the major derivatives of cumene?

Cumene is majorly used to produce phenol and acetone.

What are the production technologies used to produce cumene?

The growing demand for phenol and its derivatives in a number of end-use industries is the major driver for the global cumene market.

Leading players in the global cumene market include Shell, ExxonMobil, and BASF, among others.

Cumene Market is Projected to grow at an Exponential CAGR due to Growing application as a Chemica...