Please note that the assessment period of report has been updated from 2017-2025 to 2020-2027. Cordially fill the sample form for updated data. 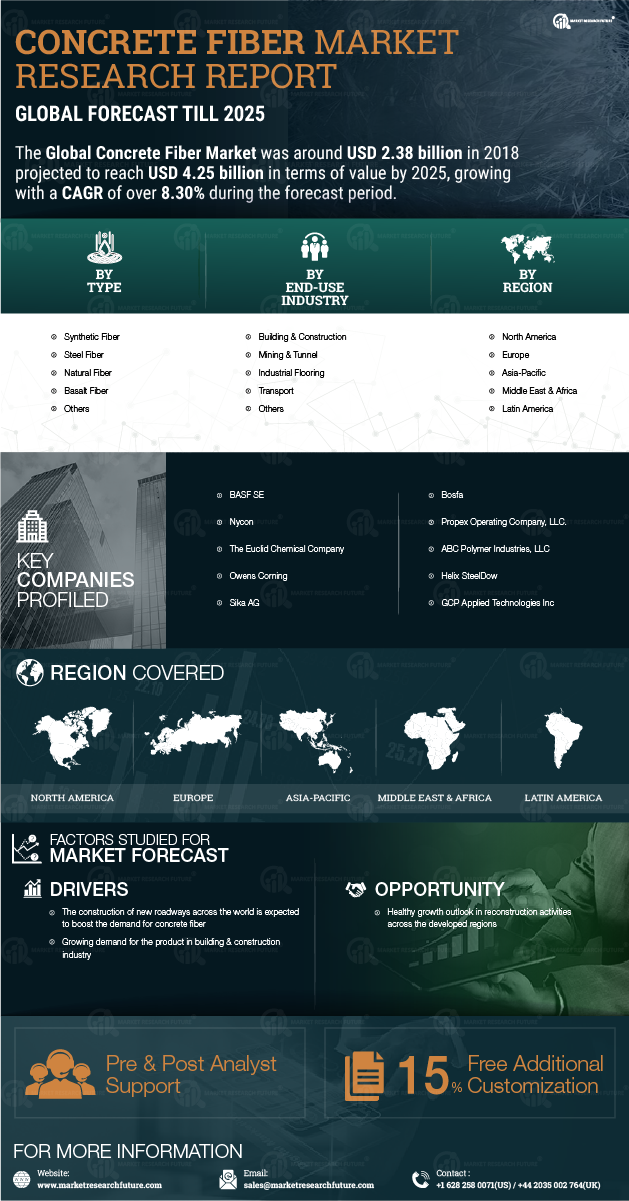 The Global Concrete Fiber Market was around USD 2.38 billion in 2018 projected to reach USD 4.25 billion in terms of value by 2025, growing with a CAGR of over 8.30% during the forecast period. The fiber is used in concrete to control shrinkage and cracking. It thickens and stabilize the cement paste and helps in lowering the permeability of concrete, increases the tensile strength, and reduces leakage of water. Application of fibers in concrete decreases the total energy consumption in a construction project and efficiently contribute to the sustainability of infrastructure. The concrete fiber application includes highways, residential, warehouse, mining & tunnels, and waterways. 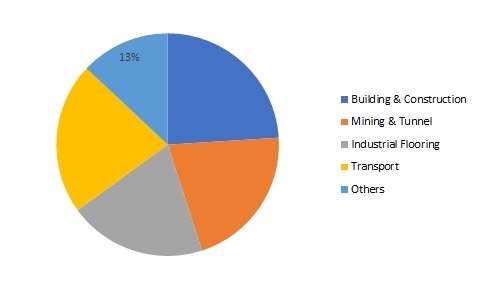 The concrete fiber market North America is growing at a remarkable pace due to the increasing application of concrete fiber in building & infrastructure. The US is growing over 4.5% CAGR owing to rising government investment in public and private infrastructure and building. In Asia Pacific, development in manufacturing industry is surging the need for factories, offices, and warehouses which is increasing the demand for concrete fibers. Countries such as South Korea, China, Japan, and India is estimated to drive regional growth.

New road projects have started in Eastern Saudi Arabia for nine separate roads with a total worth of around USD 400 million. The Saudi Arabian government is also investigating the potential for the new King Hamad Causeway project, a causeway between Bahrain and Saudi Arabia to connect Bahrain to the wider GCC network. The causeway is expected to begin by mid-2021 and is likely to involve an investment of USD 4 billion. Furthermore, Saudi Arabia's Transport Ministry is also considering introducing tolling across the country’s road network. These transportation project across the region are expected to drive the demand for concrete fibers during the forecast period.

At what CAGR is the concrete fiber market expected to grow over the forecast period?

Which region will have the largest share in the concrete fiber market?

North America is predicted to have the largest share in the concrete fiber market.

Who are the key players profiled in the concrete fiber market?

What are the key factors driving the growth of the concrete fiber market?

Construction of new roadways is the key factor driving the market growth.

What are the key applications of concrete fiber market?

It is widely used in waterways, mining and tunnels, and highways.