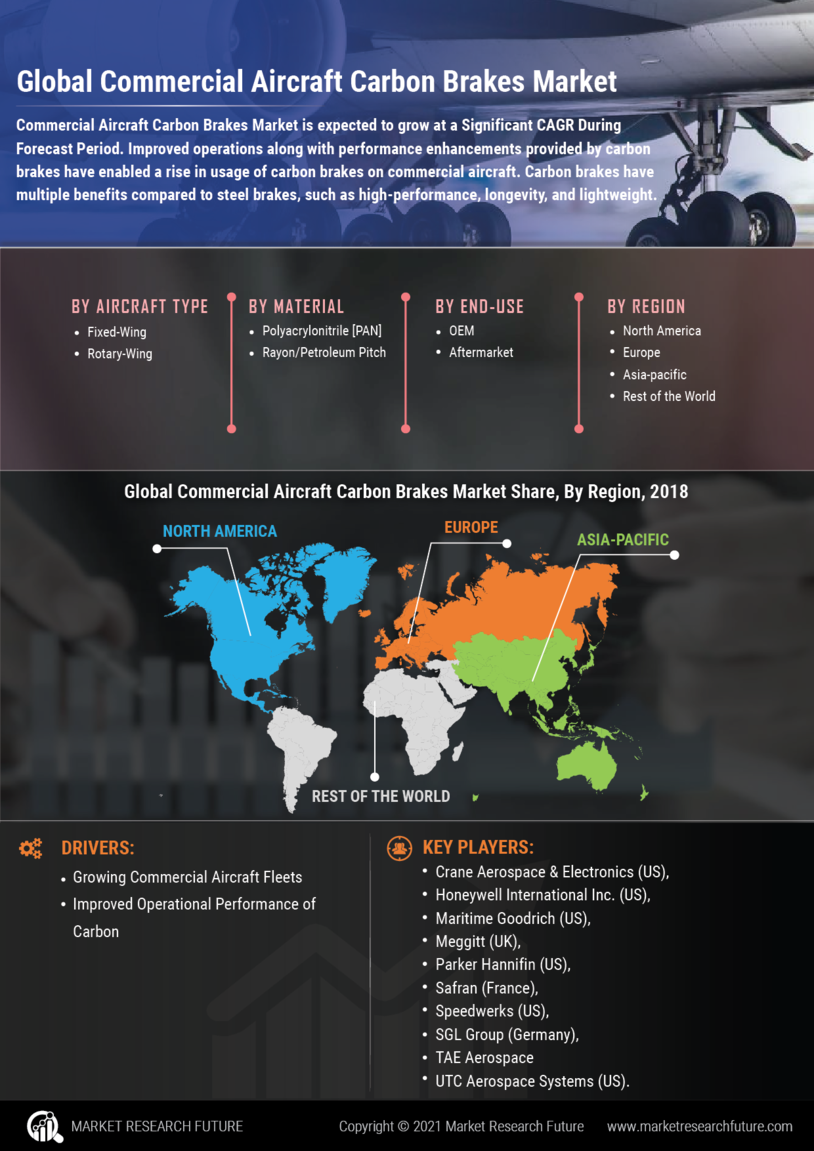 Moreover, carbon brakes are able to withstand high braking demands of commercial aircraft. Carbon brake materials have characteristics such as high-temperature stability, high thermal conductivity, and higher specific heat. The market has been segmented on the basis of aircraft type, material, manufacturing process, and end user. Based on aircraft type, the commercial aerospace carbon brakes market has been segmented as fixed-wing and rotary-wing. The fixed-wing segment has been further sub-segmented as wide-body and narrow-body aircraft.

The polyacrylonitrile segment was the largest market in 2018 whereas rayon/petroleum is expected to register the higher CAGR during the forecast period. Based on the manufacturing process, the market has been segmented as Chemical Vapor Infiltration (CVI) and Liquid Phase Infiltration (LPI). The Liquid Phase Infiltration (LPI) segment was the is expected to register higher CAGR during the forecast period. Airline and aerospace companies are actively investing in energy-efficient technologies that act as an effective measure to lower fuel consumption. For instance, in Feb 2018, UTC Aerospace Systems' patented carbon heat sink brake material called Duracarb, which allows an aircraft to perform 2,000 landings before it is taken for overhaul. The lifespan of the brakes is eight times longer thereby, significantly reducing maintenance cost and time. Moreover, these brakes are capable to handle high stress and absorb heat energy than carbon brakes, which improves safety margin when stopping airplanes that are heavily loaded. Presently, carbon brake disks are being largely used in landing gear systems due to their enhanced lifecycle, weight reduction capabilities, and low maintenance cost.

Primary Research In this process, both the demand- and supply-side parties are interviewed to extract facts and insights into the market forecast, production, trends, and projected market growth. Industry stakeholders such as CEOs, VPs, directors, and marketing executives across the value chain are approached to obtain key information.

Commercial Aircraft Carbon Brakes Market is estimated to witness a CAGR of more than 11% during t...