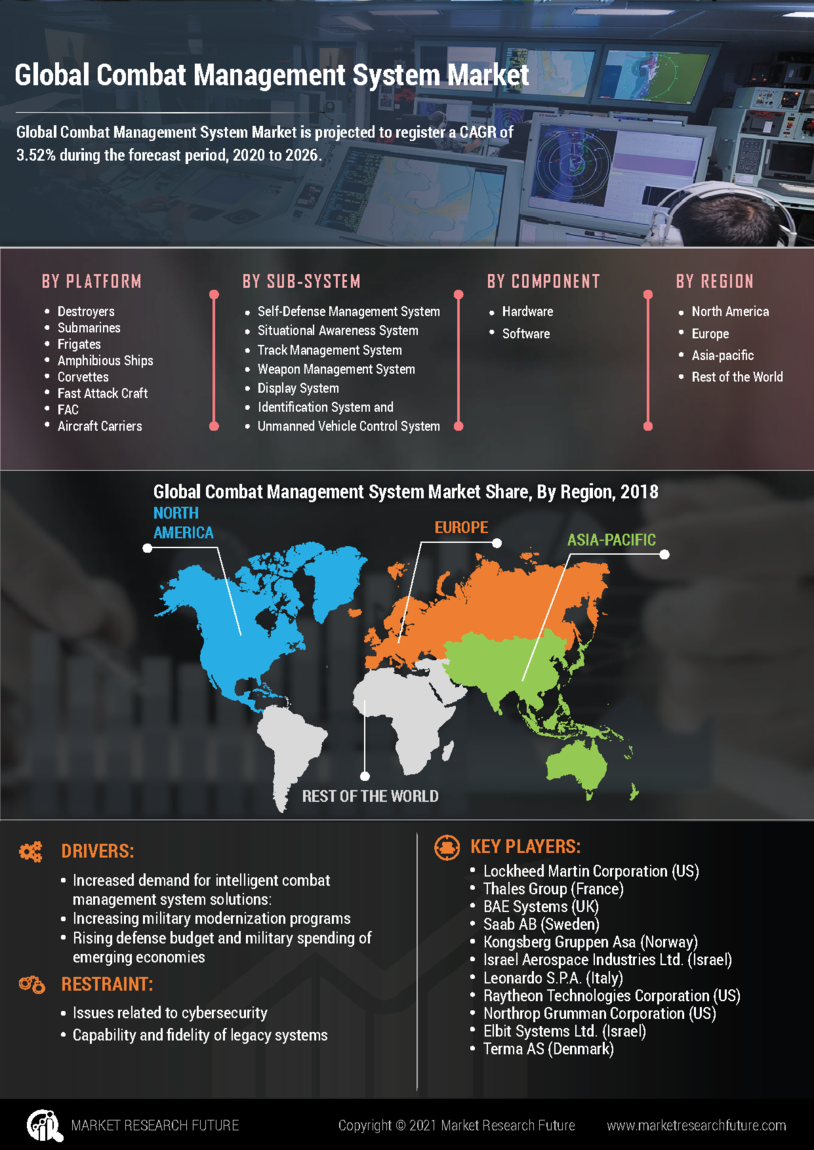 Combat Management System Market is projected to register a CAGR of 3.52% during the forecast period, 2020 to 2026. Combat management systems assist in planning combat missions, coordinating entities while performing combat missions, placing intelligence statistics on the map, and investigating errors by retrieving the history module. Additionally, these systems also provide accurate fusion, analysis, and transfer of a large amount of sensor data to guarantee the efficient deployment of ships and other resources within the framework of combined operations, particularly in the complex threat scenario of littoral warfare.

Combat Management System Market is expected to register significant growth during the study period owing to factors such as the demand for intelligent combat management system solutions and the increasing military modernization programs. Additionally, the increasing instances of mergers and acquisitions in the defense industry are also expected to drive the growth of the market. For example, in February 2018, Safran acquired Zodiac Aerospace, thus expanding its market share and equipment activities.

However, issues related to cybersecurity and the high cost of manufacturing might hamper the growth of the global market.

Increasing technological developments such as AI for the battlefield and the growing demand for enhanced situational awareness are expected to drive the growth of the global market.

What is the projected CAGR of the global combat management system industry?

Global combat management system market is projected to thrive at a CAGR of 3.52% during the review period from 2020 to 2026.

What is the anticipated market value of the global combat management system market?

Global combat management system market is anticipated to acquire a substantial market value during the review period from 2020 to 2026.

What are the factors driving the global combat management system industry?

What are the factors hampering the global combat management system market?

The cybersecurity concerns and the expensive cost of manufacture is estimated to hamper the global combat management system market.

Who are the most established players in the global combat management system market?