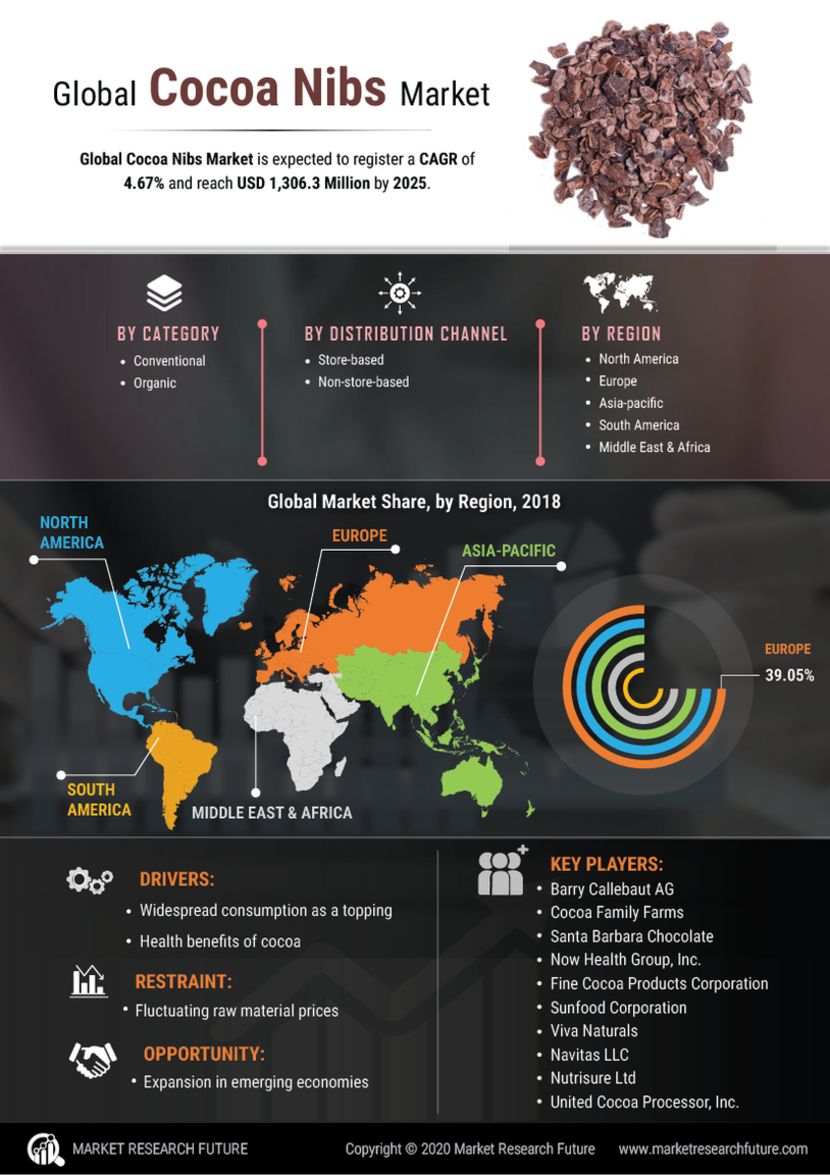 The global cocoa nibs market is expected to register significant growth during the forecast period. The growth of the global cocoa nibs market is attributed to several factors. The rising consumption of cocoa nibs in various applications and the health benefits associated with cocoa are the key factors driving market growth. The increasing demand for cocoa nibs in emerging economies is expected to create new opportunities for the vendors active in the global market. However, fluctuating raw material prices are restricting the growth of the market. Moreover, stringent regulations, especially in Europe, pose challenges for the market players. 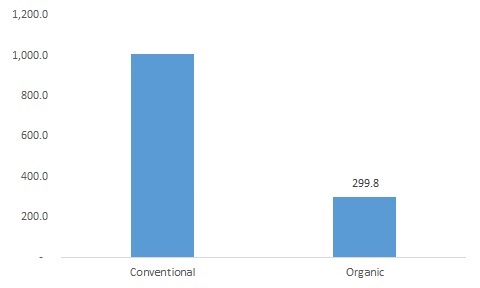 On the basis of category, the global cocoa nibs market has been divided into conventional and organic. The conventional segment accounted for a major market share of 77.51% of the global cocoa nibs market in 2018 and projected to register a CAGR of 4.58% during the forecast period. The demand for the conventional segment is anticipated to be driven by several factors. Easy availability and economical pricing are the key contributors to the high consumption of conventional cocoa nibs. However, the organic segment is projected to witness a higher CAGR of 4.58% during the forecast period of 2019-2025. 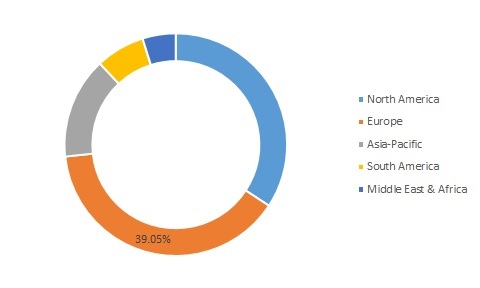 The key players are taking steps toward business expansion and market development, expanding their customer base. The international players may strengthen their presence worldwide through acquisitions during the review period. It has also been projected that improvements in the global economic scenario and the growing real estate industry in emerging nations would drive the market growth, making it an ideal time for players to launch new products and increase their global market shares.


Free Sample Any Question Check Discount Order Info
In a fast-paced, data-driven world, it is critical to have fast yet meaningful insights that can communicate effectively. MRFR meets that challenge head-on through a smart research frame, flawless execution, and, most importantly, innovative storytelling. Team MRFR helped us in developing our ideas and insights to influence change throughout the organization. Many Thanks!!

Cocoa Nibs Market Is Projected To Register A Cagr Of 4.67% During The Review Period Due To Its In...