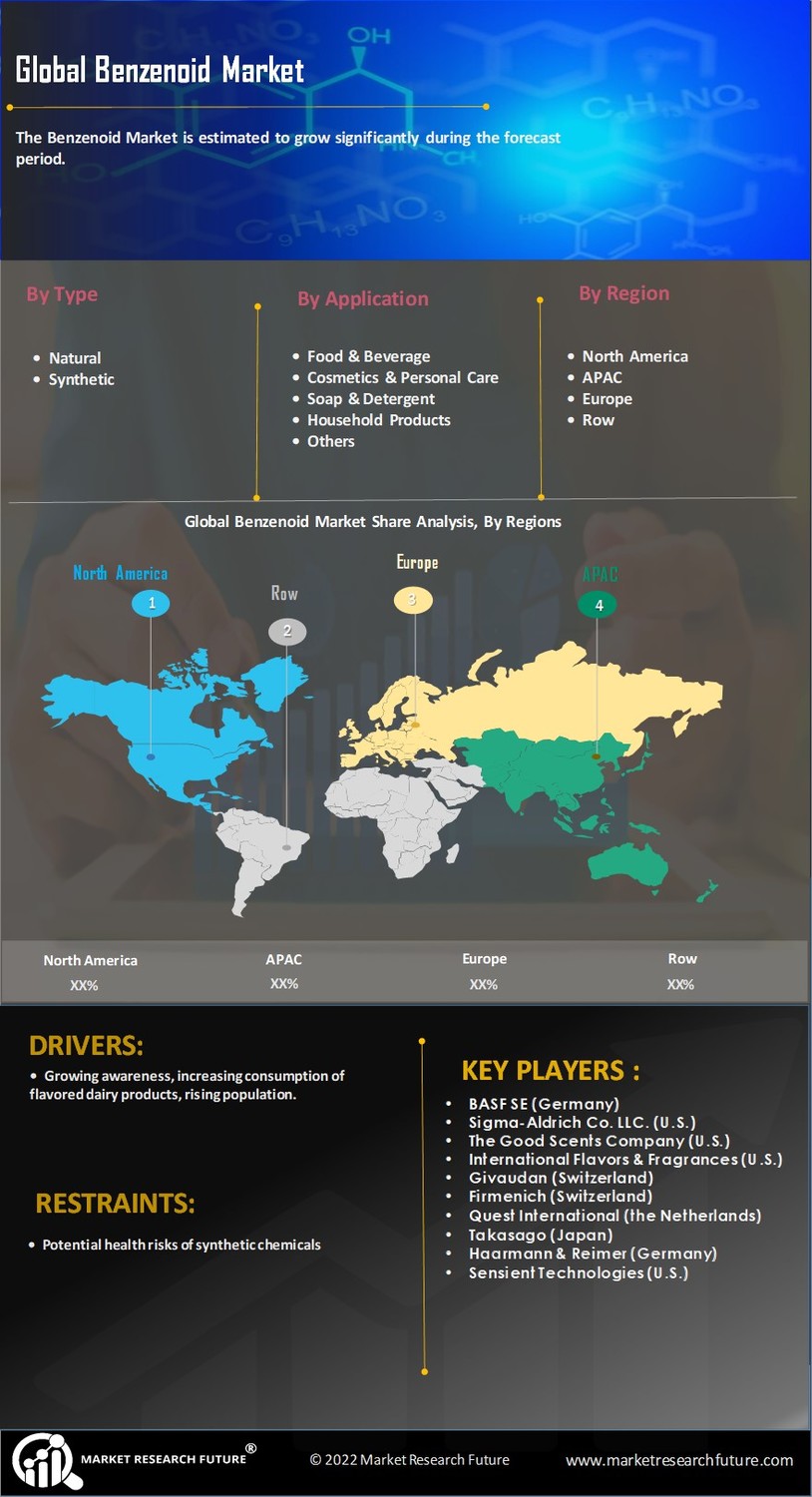 Benzenoids belong to a special class of aromatic organic compound which contain one or more benzene ring such as naphthalene, anthracene, phenanthrene, pyridine, and others. Naturally, they are found in leaves & flowers, oil, and wood & bark. They are widely utilized in numerous application such as cosmetics & personal care, soap & detergent, household products, food & beverage, and others, owing to its aroma and scent.

As per our analysis, some of the important market factors and trends identified in the global Benzenoids resin are, growing awareness, increasing consumption of flavored dairy products, rising population. Rising number of working professional coupled with increasing per capita disposable income is expected to boost up the demand for Benzenoid over the forecast period. Rising usage of Benzenoid in the manufacturing of personal care products along with increasing demand for cosmetics & personal care products is predicted to fuel the growth of the market during 2017 to 2023. Moreover, increasing demand for aromatic soap and detergent along with growing public laundry sector is estimated to give a new momentum to the demand for Benzenoids. Additionally, rapid expansion of end use industries in developing countries is expected to positively influence demand patterns. Moreover, changing lifestyle and growing purchasing power of people are some other factors which are expected to positively influence the growth of the market. 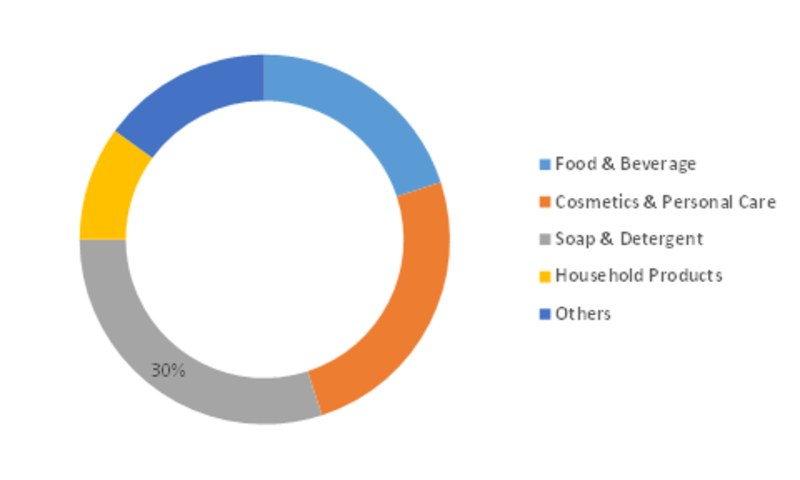 The Global Benzenoid Market is categorized into five regions namely– Asia Pacific, Europe, Latin America, North America, and the Middle East & Africa. Among these, Europe emerged as the leading Benzenoid Market in 2016, driven by the growth of various end use application such as cosmetics & personal care and soap & detergent. Europe region was estimated to account for around 38% of the overall volume share in 2016, and is expected to grow with the steady CAGR during the assessment period. European countries such as Germany, Russia, Spain, UK, France, and Italy have emerged as the major contributors in the regional Benzenoid Market growth and is expected to continue their dominance during the review period on account of wide utilization of Benzenoid in cosmetics and personal care products.

North America is estimated to witness a substantial growth in Benzenoid Market due to a strong consumer base for various industries along with the rising investments to revitalize food & beverage sector over the forecast period. In North American region, countries such as the U.S. and Canada are among the prominent contributors in the regional growth of Benzenoid Market and are predicted to see a significant demand for Benzenoid during the assessment period, 2017 to 2023. The U.S accounted for the largest market share and is followed by Canada in terms of value and is predicted to grow with the moderate CAGR due to growth in pharmaceutical sector.

Asia Pacific regional market is predicted to grow with the highest CAGR over the assessment period, (2017 to 2023) on account of expansion of various end use application such as soap & detergent, cosmetics & personal care, and household products. The demand for Benzenoids is predicted to surge in numerous countries of the Asia Pacific such as Malaysia, China, Thailand, India, Vietnam, and South Korea due to growing demand for cosmetics and personal care products. In Asia Pacific, China and India are predicted to hold the major market share in terms of volume and is estimated to continue their dominance due to increasing purchasing power, availability of cheap labor & land, and soberly strict regulatory framework. Latin American countries such as Argentina, Brazil, and Colombia are predicted to dominate the regional market share on account of rising consumer spending on beauty care products and strong presence of personal care brand names. The Middle Eastern & African countries such as Oman, Kuwait, Qatar, Saudi Arabia, and the United Arab Emirates (UAE) are among the major contributors in the regional market growth and is estimated to positively influence the end use industries growth over the forecast period.

May 2021 - The National Institutes of Health (NIH) in the United States discovered that pesticides like lindane and metalaxyl increase the risk of thyroid cancer. Advanced-stage thyroid cancer and non-aggressive thyroid tumors are becoming more common. However, environmental pollutants, such as pesticides, may have a role in this growth, according to researchers, especially given the widespread use of pesticides in the general population. According to the study, metalaxyl (benzenoid fungicide) and lindane (organochlorine insecticide) raise the incidence of thyroid cancer. Thyroid cancer shows an inverse relationship with high levels of carbaryl (a carbamate pesticide). Furthermore, chlorimuron-ethyl (herbicide) has an inverse relationship with papillary cancer, a prevalent thyroid cancer subtype.

What are the major applications of Benzenoid?

Geographically which is the largest segment in the in the global Benzenoid market?

Geographically, Europe is the largest segment in the global Benzenoid market. The region is estimated to retain its leading position throughout the assessment period (2017-2023), holding the significant market share.

What are the major growth catalysts for the global Benzenoid market?

Which is the largest segment in the global Benzenoid market?

By application, the sub segment – cosmetics and personal care products is the largest segment in the in the global Benzenoid market.

Who are the top players in the global Benzenoid market?

Benzenoid: Rising Demand from Food &amp; Beverage as well as Personal Care will boost the growth ...