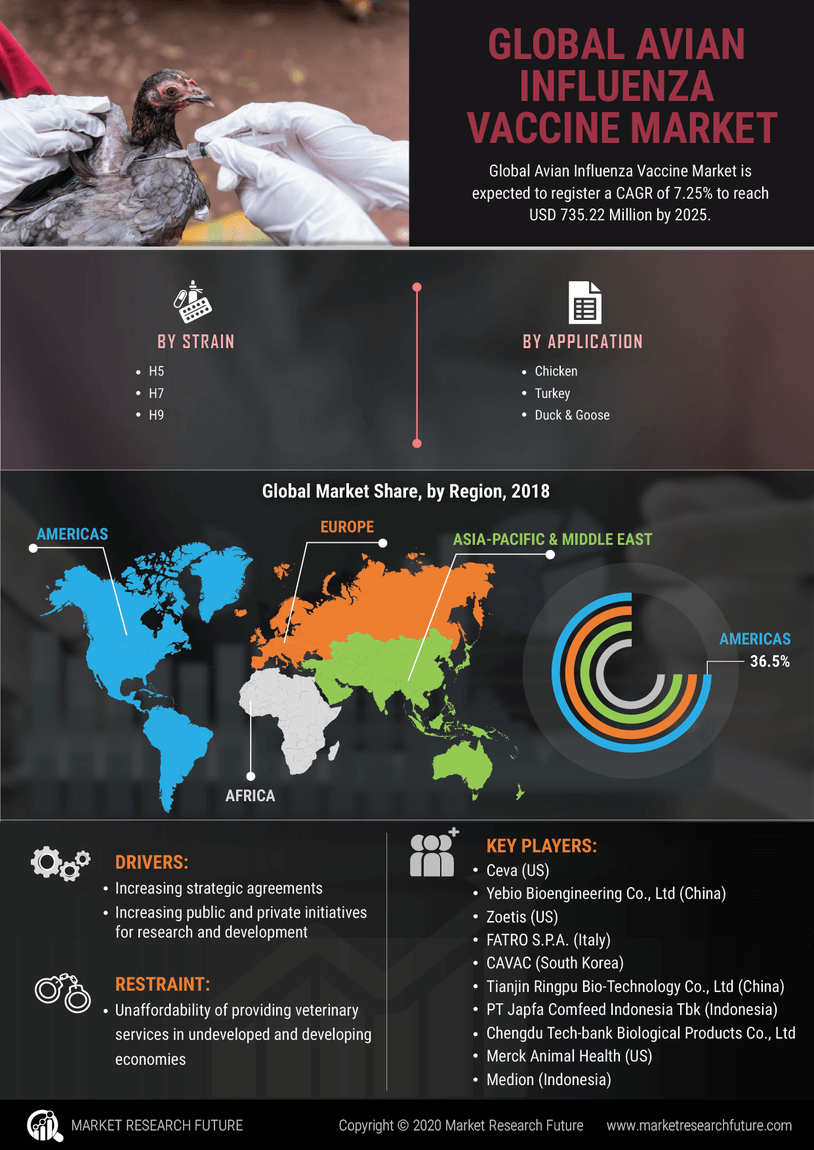 The Avian Influenza Vaccine Market for this is expected to reach USD 750.22 Million by the end of the forecast period growing at a CAGR of 7.40%.

Avian Influenza Vaccine Market is expected to register a CAGR of 7.25% to reach USD 735.22 Million by 2025. Avian influenza, also known as bird flu, is a viral infection that spreads from bird to bird and can infect other animals or humans also. There are different strains of avian influenza, causing the infection, but H5V1 is the most common virus strain affecting poultry animals.

The increasing strategic agreements are expected to drive market growth during the study period. For instance, in February 2018, the NC State College of Veterinary Medicine and Ceva Santé Animale, an animal health company, based in France, collaborated on a distance learning project providing certification in poultry health management for veterinarians in Latin America. Moreover, the increasing public & private initiatives by the government as well as non-government organizations for research & development are also anticipated to drive the market growth. 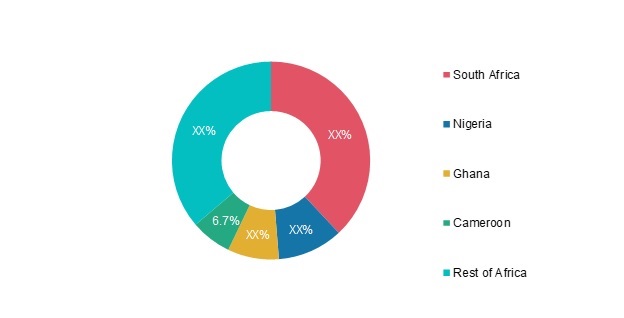 The Avian Influenza Vaccine Market, based on region, has been divided into the APAC & Middle East, Europe, Americas, and Africa.

The APAC & Middle East is likely to dominate the avian influenza vaccine market. This can be attributed to the increasing production of poultry birds and the rise in avian influenza outbreaks in the region. According to a recent report from the Foreign Agricultural Service/USDA, China recorded 13,800 thousand metric tons of chicken meat production in 2019. Furthermore, various government initiatives for rapid and effective response efforts to emergent zoonotic influenza viruses are also expected to drive market growth.

The European market for the avian influenza vaccine is estimated to be the second-largest during the review period. The growing dependence on poultry as the key source of protein in the diet in this region is expected to boost the growth of the regional market. According to the European Commission, the European Union (EU) produced 15.2 million tons of poultry meat in 2018. Additionally, increasing the production of veterinary products and improved animal husbandry practices in Germany and Poland are further fueling market growth.

Americas is estimated to demonstrate significant market growth owing to the growing meat & poultry industry, the increasing expenditure on animal health, and the presence of a large number of veterinary hospitals in the region. According to the North American Meat Institute, the US exported 3.7 million metric tons (MT) of poultry and poultry variety meats in 2017. The value was estimated at USD 4.5 billion. Moreover, growing government support for creating awareness on avian influenza viruses and improving efficiency for the avian influenza vaccine is also positively affecting the market growth.