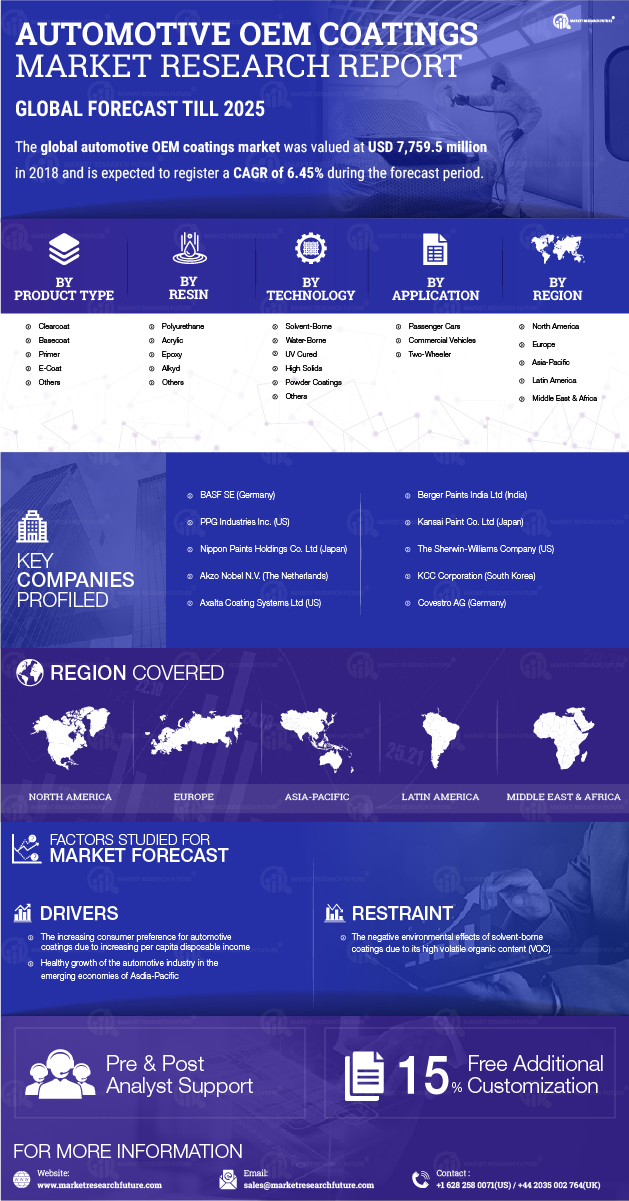 The increasing consumer preference for automotive coatings due to increasing per capita disposable income, especially in developing economies of Asia-Pacific such as China, India, and Thailand, has propelled the sale of automobiles in the region, which in turn is driving the growth of the automotive OEM coatings market. In addition to this, the increasing competition among key automotive players is also fueling the growth of the automotive OEM coatings market. Besides, the development of waterborne UV-curved technologies and eco-friendly coatings is expected to create lucrative growth opportunities for the market players.

The players in the automotive OEM coatings market are adopting various strategies such as expansion, mergers & acquisitions, supply/distribution agreements, and new product launches to maintain their market dominance and increase global presence. For instance, on 16 May 2019, Hempel launched a new epoxy primer, Hempaprime Shield 700 HS, for coating heavy-duty equipment and trucks. The newly launched primer is a two-component high solids epoxy primer with exceptional adhesion, exceptional corrosion resistance even in the harshest environments, fast drying characteristics, short minimum overcoat intervals, crack and wrinkle resistance even at a high dry film thickness (DFT), and dries to a smooth finish without the need for sanding.

However, the negative environmental effects of solvent-borne coatings due to its high volatile organic content (VOC) is the major restraining factor to the growth of the product market during the forecast period. Besides, fluctuating raw material prices of automotive OEM coatings is the major challenge faced by the players operating in the market. 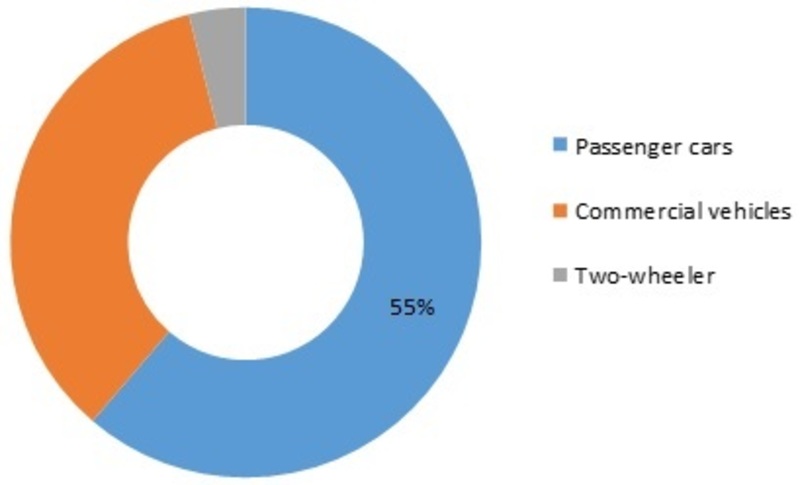 The market has been segmented by product type, resin, technology, application, and region.

By product type, the global automotive OEM coatings market has been divided into clearcoat, basecoat, primer, E-coat, and others.

On the basis of resin, the global automotive OEM coatings market has been categorized into polyurethane, acrylic, epoxy, alkyd, and others.

By technology, the global automotive OEM coatings market has been segregated into solvent-borne, water-borne, UV cured, high solid coatings, powder coatings, and others.

Based on application, the global automotive OEM coatings market has been classified into passenger cars, commercial vehicles, and two-wheelers.

Asia-Pacific was the largest and fastest growing market for automotive OEM coatings in 2018 and is expected to follow a similar trend during the forecast period. The region accounted for a share of around 43% by value in 2018. The growing automobile production, especially in China and Japan, is fueling the growth of the regional market. Additionally, the rise in the sale of automobiles in the countries of Asia-Pacific due to the rising disposable income and changing lifestyles are also supporting the regional market growth.

Europe was the second-largest market for automotive OEM coatings in 2018. The expanding automotive industry in Germany is contributing to the growth of the product market in the region. The region is likely to showcase remarkable growth during the coming years.

North America followed Europe in terms of market size in 2018. The growing production of automobiles in the US is ensuring the stable revenue source for the automotive OEM coatings, which is thus fueling the growth of the regional market.

The markets in the Middle East & Africa and Latin America held less market shares of the global OEM coatings market in 2018. Slow economic development in Latin America affected the growth of the automotive OEM coatings market in 2018. Moreover, the region is expected to witness growth during the forecast period due to the increasing automobile production in countries such as Brazil and Mexico.

The Middle East & Africa countries such as Turkey, Morocco, Egypt, and Iran are the region’s leading automobile manufacturers, while the major sales markets include Iran, Saudi Arabia, Egypt, Turkey, and the UAE with African countries viz. Algeria and Morocco not far behind. The region is projected to register increasing demand for automotive OEM coatings during the review period.

What was the value of the global Automotive OEM Coatings Market in 2018?

Valuation of the global Automotive OEM Coatings Market had reached USD 7,759.5 MN in 2018.

At what CAGR is the global Automotive OEM Coatings Market projected to grow during the forecast period (2017-2025)?

Automotive OEM Coatings Market is projected to expand at over 6.45% CAGR during the assessment period (2017-2025).

Which is the largest application segment in the global Automotive OEM Coatings Market?

Which region holds the largest share in the global Automotive OEM Coatings Market?

Who are the top players in the global Automotive OEM Coatings Market?

Automotive Oem Coatings Market Is Increasing Sale Of Passenger Cars And Expected To Fuel The Grow...