The  automotive electronic expansion valve market is expected to growat ~6% CAGR during the forecast period. 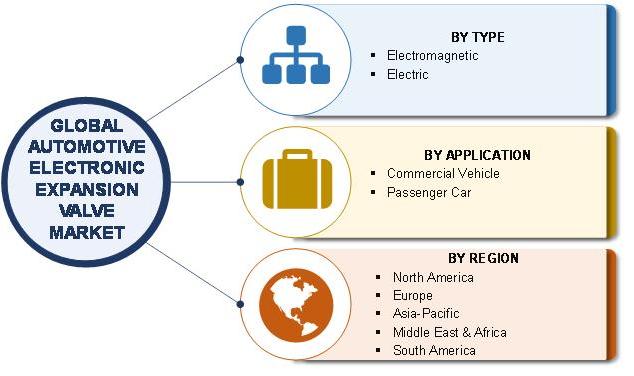 The global automotive electronic expansion valveindustry is expected to witness high growth during the forecast perioddue tothe government regulations to reduce the emission of harmful gases, the high need for automotive electronic expansion valves, and growing demand for compact, silent, and independent engine cooling system. In many industrialized nations, there are legislations and directives governing the emission of pollutants such as carbon monoxide and dioxides, sulfur, and nitrogen oxide from diesel engines. For instance, governments in Asia-Pacific are actively promoting environment-friendly vehicles in their respective countries since the Climate Change agreement in Paris. Additionally, the U.S. Environmental Protection Agency (EPA) and the National Highway Traffic Safety Administration (NHTSA) jointly published the second phase of greenhouse gas (GHG) emissions and fuel efficiency standards for medium- and heavy-duty vehicles and engines through the model year 2027. Therefore, the government regulations to reduce the emission of harmful gasesare expected to create a demand for automotive electronic expansion valves during the forecast period.

At the beginning of 2020, COVID-19 began to spread around the world, millions of people worldwide were infected with the disease, and major countries around the world implemented foot prohibitions and work stoppage orders. Except for medical supplies and life support product manufacturers, most industries were greatly impacted.Automotive electronic expansion valve industries have also been greatly affected.Disruption in the supply chain due to COVID-19 has significantly affected the automotive electronic expansion valve market. Government-imposed lockdowns havehampered the growth of the automotive electronic expansion valve marketdue to haltedmanufacturing processesacross the globeandthe unavailability of skilled labor due to social distancing regulations.

At what CAGR is the Automotive Electronic Expansion Valve market predicted to grow during the forecast period?

Automotive Electronic Expansion Valve market is predicted to grow at 6% through forecast period of 2020-2027.

What is the forecast period of Automotive Electronic Expansion Valve market research report?