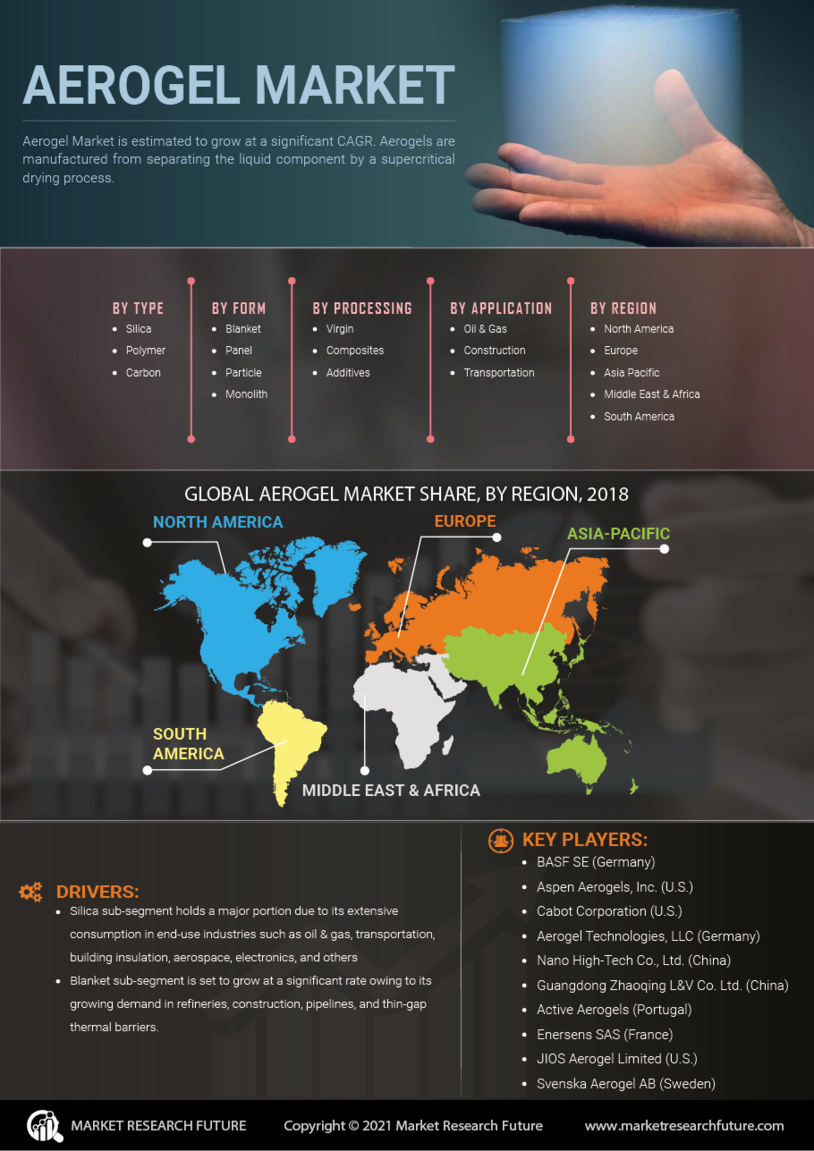 Aerogel market is expected to grow USD 7.5 billion at a CAGR 17% during the forecast period. Aerogel is those chemicals that are being manufactured by separating the liquid component by adopting the super drying method. Aerogel is available in both porous and solid-state. These aerogels can be called frozen smoke, solid air, blue smoke, solid cloud, and solid smoke. It has some of the popular properties like it is lightweight, has low conductivity power, performs well, some fire-resistant properties, thus helping in market growth and its development. These have been used in various sectors of oil and gas units, transportation, construction, and performance coating sectors. Lack of awareness among the customers has decreased the adoption rate of aerogel in comparison to other insulating materials during the market forecast period. Owing to the lowering of thermal conductivity and less thickness these materials can help in saving a high amount of energy which has been used for both heating and cooling purposes. 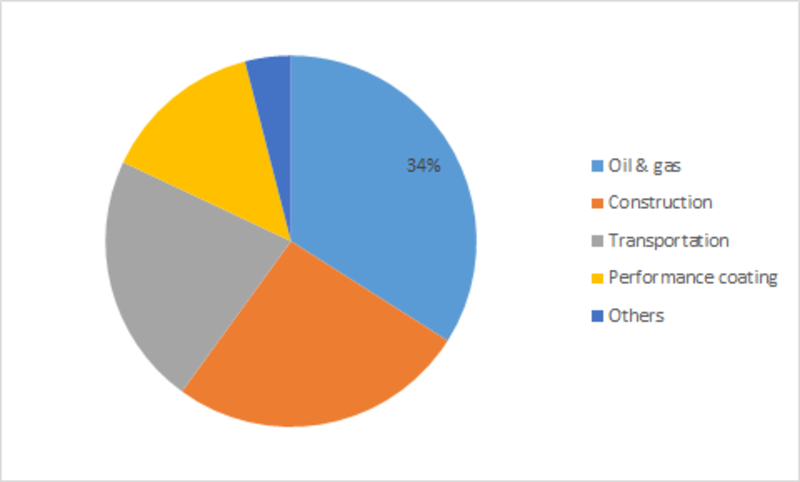 The Aerogel Market is segmented across five regions: Asia Pacific, North America, Europe, Latin America, and the Middle East & Africa. Among these, North America holds a major share of the market due to the growing consumption of insulation materials in oil & gas, construction, transportation, and others. The increasing demand for aerogel in oil and gas pipelines and its lower installation costs and improved compression resistance has propelled the region to witness a higher growth over the assessment period. Countries such as the U.S., Canada, and Mexico are the major players in this market.

The Asia Pacific region is growing significantly in the market due to increasing research & development activities of Aerogel product in the leading companies. It is predicted that growing investments in the end-use industries is likely to drive the market in the region during the forecast period. The growing consumption of insulation materials in aerospace, marine, defense, electrical & electronics has propelled countries such as China, Japan, and India to achieve a stunning growth in the market as they provide excellent flexibility, stability and low maintenance to the product.

The European market has also observed a remarkable growth due to the implementation of new rules and regulations proposed by the government to follow lower dense materials than steel in pipe line constructions. The market has been driven by the application of this rule in oil & gas, construction, and steel segments. It is estimated that the growing innovation and technological advancement are predicted to propel the growth in countries such as the U.K, Italy, Germany, and France during the forecast period.

What is the leading driver for the aerogel market?

What is the leading type of aerogel in the market?

Virgin aerogel is the leading segment by processing, due to its widespread use in oil and gas, petrochemical, and other sectors.

Which is the leading end use of aerogels?

The oil and gas sector holds a dominant 34% share in the global aerogels market, followed by the construction and transportation industries.

Which is the largest regional market for aerogel?

North America is the leading regional market for aerogels due to the growing consumption of aerogels in the oil and gas sector in the region.

Which are the major players in the aerogel market?

The Growing Demand for Aerogel as an Insulation Material in oil &amp; gas is set to propel the ma...