The New Rabies Control Model to Reduce Death Rate by 2030

Recently in September 2022, several organizations such as the Food and Agriculture Organization (FAO), the United Nations Environment Programme (UNEP), the World Health Organization (WHO), and the World Organization for Animal Health have collectively created a Rabies control model under One Health International collaboration program to address and prevent dog and human rabies cases. The aim is to avoid dog-mediated rabies in humans and reach zero deaths from rabies by 2030. This coordinated response against rabies will further open doors to control other zoonotic diseases.

In the last few months, there have been several developments in the animal vaccines market.  A COVID-19 vaccine for animals called Ancovax was launched in India in June 2022. The vaccine contains inactive SARS-Cov-2 (Delta) antigen applicable to animals like dogs, leopards, lions, mice, and rabbits among others, and is capable of neutralizing both Omicron and Delta variants. Before Ancovax, Russia launched its first animal vaccine in March 2021 called Carnivac. Several companies in countries such as Germany, Greece, Austria, Malaysia, South Korea, Iran, and Argentina, among others, had procured Carnivac Vaccines post its launch. Germany has done vigorous animal testing for SARS-Cov-2 vaccine-related projects on several animal breeds and there were about 61,389 animals approved for research from February 2020 to July 2021 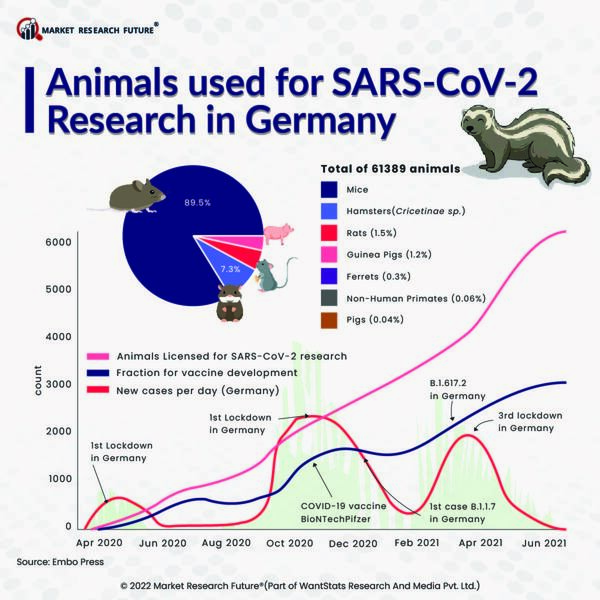 The New Rabies Control Model to Reduce Death Rate by 2030