Elon Musk, the richest man in the world, is now the Chief New Twit; he has finalized the US$44 billion transaction to buy out Twitter and take the company private. He intends to make the platform into a super app like We Chat that can be used for payments, communication, and entertainment. Musk fired the CEO, CFO, and General Secretary on his first day in charge of Twitter, revealing his intentions to reduce the workforce.

He pledged to build a Digital Town Square and a reputable advertising platform, as well as to restore all users who had been banned, including former US President Donald Trump. Speaking about Trump, Elon said that he would remain on Truth Social; the platform he formed after his Twitter account was deactivated.

Musk tweeted "The bird is freed" on his first day. Thierry Breton, the EU's internal market commissioner, responded a few hours later by saying that Twitter under Mr. Musk's management would still need to abide by the new social media rules that European legislators enacted earlier this year. At a time when speech and technology restrictions are being tightened globally. Mr. Breton posted a tweet with the words "In Europe, the bird will fly by our laws" and a picture of the European flag.

Experts believe that Musk will soon do away with most content moderation for promoting “Free Speech”. Bringing problematic users back on the platform and decimating the internal mechanisms of the company that might not be able to deal with the situation.

Whether or how Mr. Musk would alter Twitter's content-moderation policies is unknown. He has in the past advocated for the platform to be more cautious when it comes to deleting content and permanently banning people.

Analysts claim that one of Twitter's biggest and fastest-growing markets is India. Additionally, it is a nation where the company has been at loggerheads with the government over content posted on its platform.

Speaking to The Wall Street Journal Rajeev Chandrasekhar, India's state minister for technology informed that the nation's laws and regulations for intermediaries are unchanged "regardless of who owns the platforms."

Elon Musk brought wallets online, revolutionized the way we drive and even owns the postal service to space, but Twitter could be his most difficult project yet. 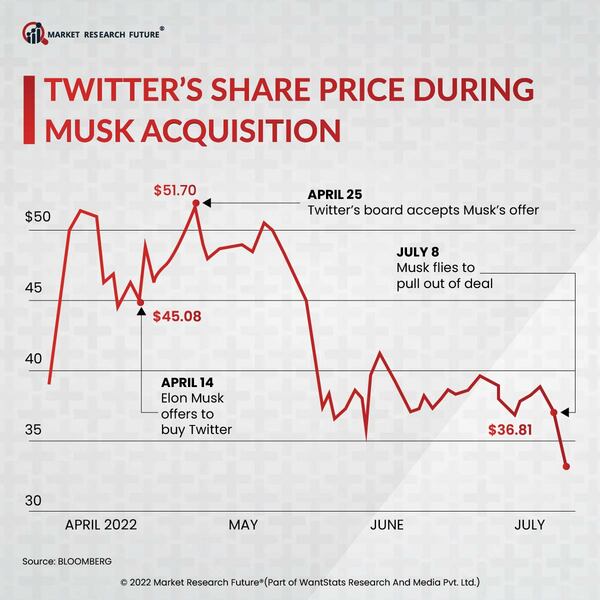