Zinc Stearate is a chemical substance that has a white, fluffy, powdered appearance, and is formed from a combination of Stearic acid and zinc oxide. It is a water repellant solid usually known as zinc salt, which has numerous industrial applications. Zinc stearate exhibit sharp melting point, which makes it highly usable in industrial application as compared to other stearates. Other than that, zinc stearates possess a range of property such as lubricating properties, separating properties, water repellence, gelling capacity, stabilizing effect, foam inhibition, acid scavenger, and melting point. Its use as a releasing agent is considered as the most essential property, which is led to its higher adoption in industrial manufacturing.

Over the last seven years, addressable growth has been noted in the global zinc stearate market and is anticipated to witness a prolific growth in the coming years. Some of the key factors driving the growth of this market are growing demand from countries such as China and India, its use as a color enhancer in plastic enhancer, diverse range of applications in cosmetic, and dynamic rubber production. Growing industrial output in emerging economic such as India and China anticipated to provide fuel for the growth of this market, as the zinc stearate is used in the range of niche industrial applications. Specifically, emergence of china as a manufacturing hub considered as a game changer while uplifted the demand. Moreover, dynamic plastic production and consequently need for color enhancer during the production are set to increase the usage of zinc stearate. Zinc stearate is used in a diverse range of application in order to enhance the appearance of product and it is likely to raise its demand.  Besides this, consistently growing rubber production driven by transportation growth is developing application scope for zinc stearate. Thus, the global market expected to grow productively in the coming years. On the other side, availability of substitute in the market and widening demand supply gap and health regulations are some of the factors acting as a growth barrier in this market. Increasing usage of zinc stearate in paper industry and pharmaceutical industry is projected to provide several growth opportunities in the coming years. 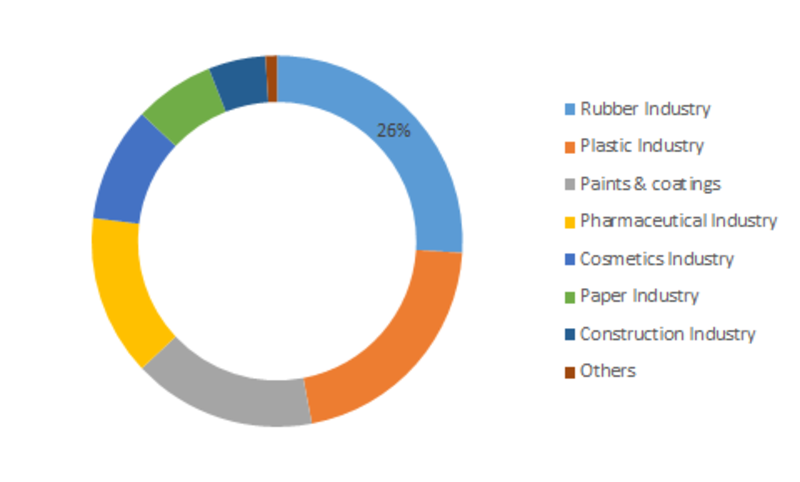 The global zinc stearate market consists of five regions: Asia Pacific, Europe, Latin America, North America, and the Middle East & Africa. Among these, the Asia Pacific region is the largest market in terms of value and volume as of 2016. The region has accounted for the largest global shares and it is likely to retain its dominance in the coming years due to potential growth represented by China and India. Increasing export activities in this region derives the production and consumption trend of zinc stearate. Apart from this, increasing consumer base in this region due to vast growth in the population is expected to propel the regional demand in the coming years. Europe is another growth potential market growing at a steady rate. Developing infrastructure in this region along with improving economic conditions of some countries are likely to fuel the market growth. Furthermore, North America has been growing at the pace as the European region, from the past seven years due to growing focus of key industry participants in this market

What is the forecast period of Zinc Stearate Market research report?

The forecast period for Zinc Stearate Market research report is 2020-2030.

Which region will lead the global Zinc Stearate Market?

Who are the key players in the Zinc Stearate Market?