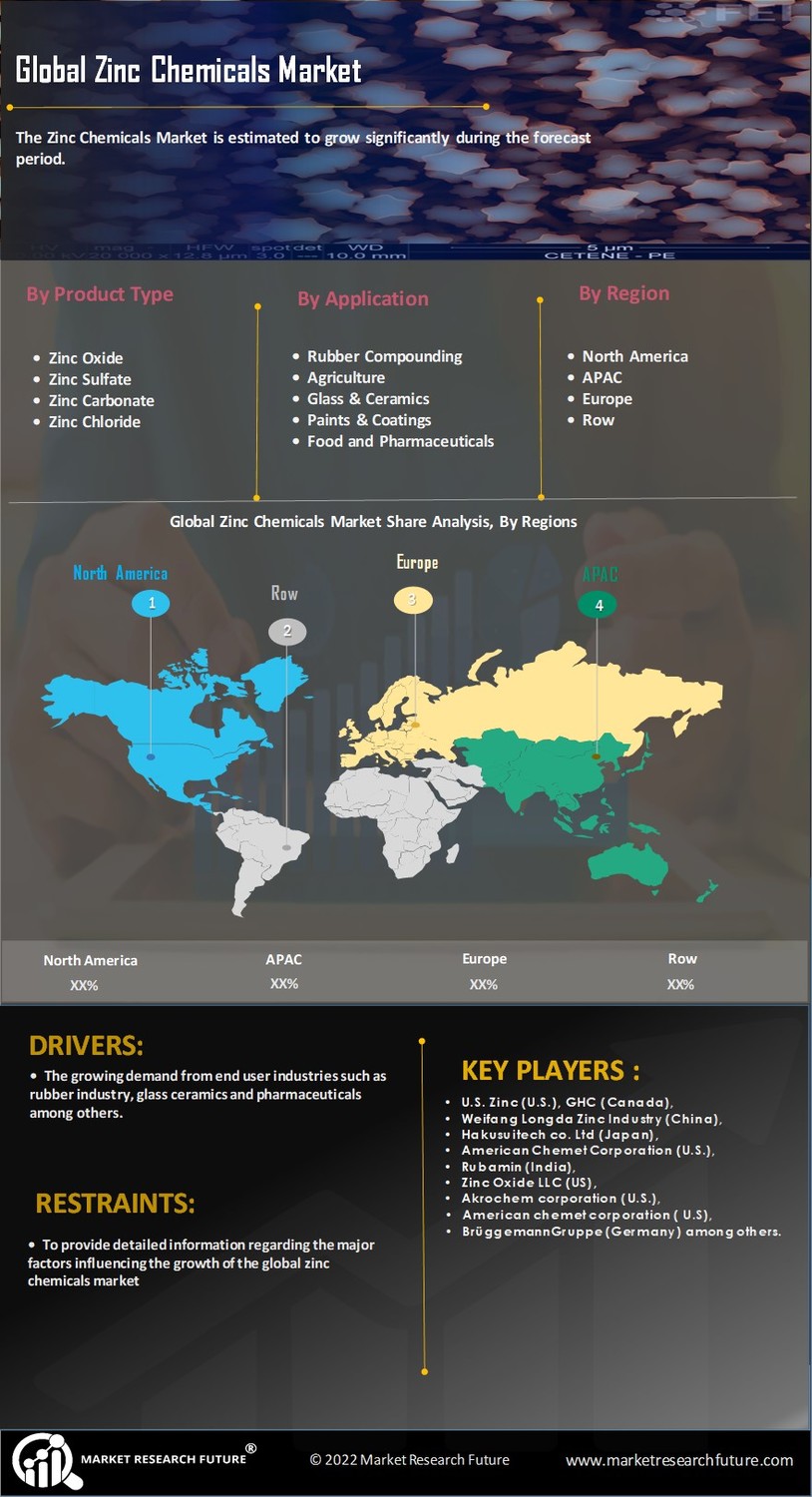 
Zinc Chemicals Market is projected to be worth USD 12.5 Billion by 2028, registering a CAGR of 4.29% during the forecast period (2021 - 2028). Zinc chemicals possess a beneficiary feature that is it doesn’t rust easily like iron and other metals, therefore they are intensively utilized in several significant applications across the industries such as automotive, agriculture, construction, petrochemicals, paints, and coatings, and rubber processing industries. Among other end-user industries, the rubber processing industry is consuming Zinc chemicals in large quantities due to the rising demand in the applications such as Galvanization and the manufacturing of tires. Due to the increasing investment in the automotive industry, the demand for the tires, and tubes used during the manufacturing of automobiles are impacting the overall growth of the Zinc chemicals industry. The increasing demand for pharmaceutical applications and zinc sulfate ointments for cuts and bruises are also significantly impacting the overall growth of the Zinc chemicals industry. However, the reduced utilization of zinc chemicals in paints and coatings used across the construction industry has negatively influenced the growth of the Zinc chemicals industry in recent times.


On the other hand, the predominant usage of zinc in the galvanization process as it effectively protects metals against corrosion, while reducing the manufacturing costs and bodyweight of the automobile is expected to bolster the overall growth of the Zinc chemical industry in the future. 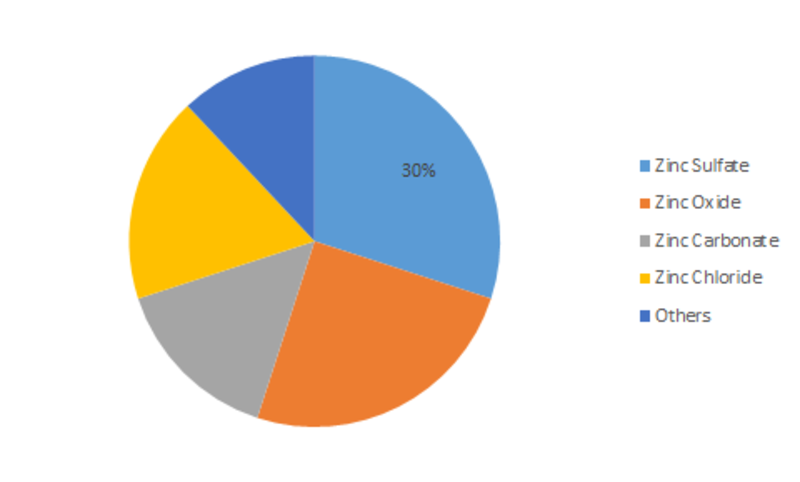 The Zinc Chemicals Market is segmented across five regions: Asia Pacific, North America, Europe, Latin America, and the Middle East & Africa. Among these, Asia Pacific holds a major share of the market and is expected to be the fastest growing market with an encouraging CAGR. The growing population and the increasing personal disposable incomes in the developing nations are the major reason driving the growth of the Zinc Chemicals Market. Moreover, the burgeoning construction industry in countries such as India, China is adding to the demand for zinc chemicals in the paint and coatings industry which in turn is propelling the market growth. The demand for agricultural sprays, fertilizers from the agriculture driven economies such as India and China is yet another factor positively effecting the market. Furthermore, the presence of the largest rubber producing countries in the world such as Indonesia, China and India is also fuelling the demand for zinc chemicals owing to its extensive use in rubber compounding. The growing development of the electronics industry mainly in Japan and China is further expected to boost the market demand for zinc chemicals in this region.

The North American is another dominant region for the market of Zinc Chemicals exhibiting an expanding CAGR. The presence of the big three automobile companies namely General Motors, Ford and Fiat Chrysler has augmented the demand for Zinc Chemicals for their use in the automobile industry. Furthermore, the new elected government has brought a new wave of investments in construction and renovation of the infrastructure in mainly in the U.S. and Canada will is further expected to boost the market owing to the use of zinc chemicals in paints and coatings. Moreover, the approval of the government in the usage of zinc chemicals in sun care products is further expected to add to the market growth.

The European market is a lucrative market mainly driven by the developed automobile, healthcare and cosmetic industry. The growing demand for zinc chemicals from the cosmetic and personal care industry for the use as a sun protection coupled with the consent of the European Union for the use of zinc oxide in the beauty product is propelling the market growth. Moreover, the presence of arable land in countires such as France, Spain and Germany among others is another factor driving the market of zinc chemicals in the region.

The Zinc Chemicals Market is segmented into Product Type, and End-User. On the basis of type, the market is segregated into zinc oxide, zinc sulfate, zinc carbonate, zinc chloride, others. The market by application industry is further categorized into rubber compounding, agriculture, glass & ceramics, paints & coatings, chemicals, food & pharmaceuticals, textiles, and others.


One of the leading market players, Gelion Plc has been involved in the research and development of storage products, especially Zinc bromide batteries. These batteries are gaining momentum in recent times, as Zinc bromide gels are considered safer and last longer compared to other storage options. Zinc bromide gels are also cheaper compared to the lithium batteries that are dominant in the industry. Moreover, they are highly environmentally sustainable and significantly eliminate a large part of engineering works and temperature control elements to control fire hazards.


Zinc Nacional which is a leading provider of Zinc compounds globally, has declared its plans regarding expanding its production capacity and aims to develop the existing facility in Mexico by building a French process whose capacity is 7000 tons per year. The company targets applications from the end-user industries like tire, rubber, lubricant, and chemical industries.

What are the top players listed for the zinc chemicals market growth?

What all industries are expected to transform the zinc chemicals market?

What are the strategies taken by the zinc chemicals market players?

Players are going to use tactical moves like innovation, merger, acquisition, product launch, collaboration, and other marketing strategies to inspire better growth for the zinc chemicals market.

North American growth would be dominated by which industry?

The automobile sector would have a substantial impact on the North American zinc chemicals market.

Which product segment is dominating the zinc chemicals market?

The zinc sulfate segment has the potential to dominate the zinc chemicals market.

The extensive use of Zinc Chemicals in end-use industries is projected to drive the market growth...