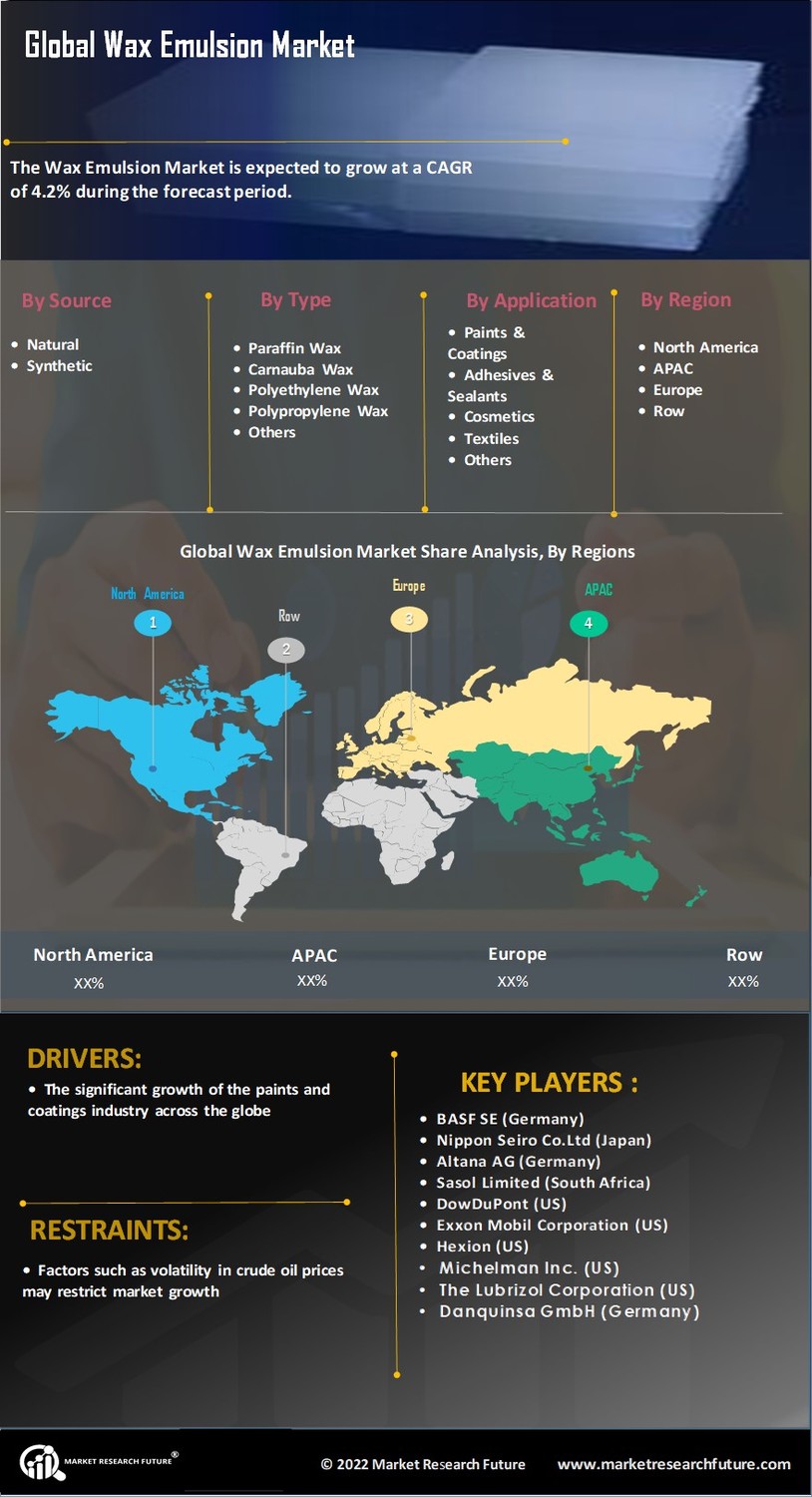 The Wax Emulsion Market was valued at USD 3.1 billion in 2021 and is expected to grow at a CAGR of 4.2% during the forecast period.

The Wax Emulsion Market was valued at USD 3.1 billion in 2018 and is expected to grow at a CAGR of 4.2% during the forecast period. Wax emulsion is a mixture of one or more waxes (oil base) in water. Waxes are usually immiscible with water, and therefore, to make them miscible, surfactants are added. Waxes have a significant impact on several formulations and processes. It offers lubrication along with abrasion resistance, anti-blocking, matting, and water repellency properties to the resulting product. This leads to its wide applications in paints & coatings, adhesives & sealants, cosmetics, textiles, and others. The sources of waxes can be natural or synthetic, natural waxes includes beeswax (animal-based) and carnauba (vegetable based); and artificial waxes include paraffin wax, amide wax, polyethylene wax, polypropylene wax, and montan wax, among others.

The key players are adopting various strategies such as expansion, acquisition, product launch, joint venture, and others to capture a more substantial share of the global wax emulsion market. For instance, on 4 February 2019, Altana AG acquired polypropylene wax emulsion business from DSM to expand its existing product portfolio of wax emulsions.

However, factors such as volatility in crude oil prices may restrict market growth during the forecast period.

List of Key Players in the Wax Emulsion Market 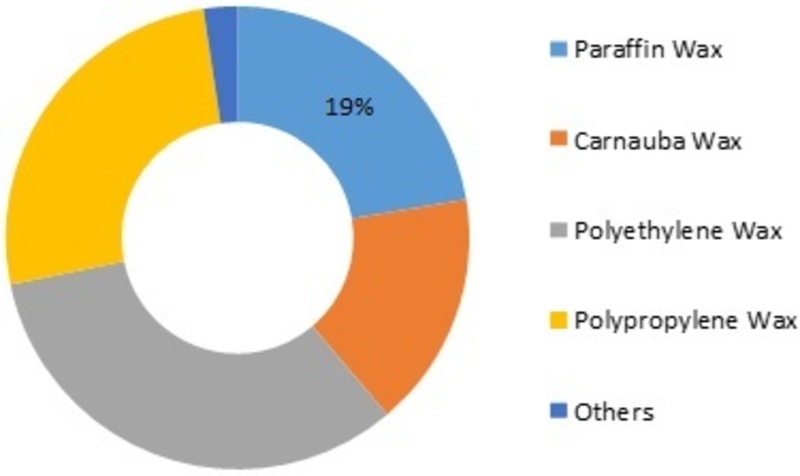 The global wax emulsion market has been segmented into the source, type, application, and region.

Based on the source, the global wax emulsion market has been categorized as natural and synthetic.

By type, the global wax emulsion market has been categorized as paraffin wax, carnauba wax, polyethylene wax, polypropylene wax, and others.

Based on application, the global wax emulsion market has been divided into paints & coatings, adhesives & sealants, cosmetics, textiles, and others.

Europe held the second largest market share of the global market in 2018 and is expected to grow significantly during the forecast period. Strong automotive industry and microelectronics industry in Germany showcase strong demand for paints & coatings and adhesives & sealants, and in turn, contribute mainly to the need for wax emulsion.

The market in North America is relatively mature in terms of consumption and is expected to show steady growth during the forecast period.

The markets in the Middle East and Africa and Latin America held a smaller market share of the global market and is likely to show slow growth and import rates owing to slow economic development in the regions.Recent Development News

October 2021: Zenith Energy Ltd, Canada oil and gas firm, completed the workover of the Robbana-1 well in Tunisia's Robbana concession. Significant amounts of paraffin and wax were discovered blocking several of the lower holes during the workover. According to the corporation, they have now been cleaned by reverse fluid circulation. Before oil production can commence, the well killing fluid and water emulsion must be pumped out of the wellbore for a period of 36 to 72 hours.

June 2021: Michelman signed a new distribution arrangement with Omya, a global producer of calcium carbonate and a global distributor of speciality chemicals, which will begin in June 2021. Michelman's surface modifiers and wax emulsion product line will be distributed exclusively by Omya to the paints and coatings markets in Canada.

April 2021: Quality Group, a new worldwide distributor for India, was announced by LSI Chemical. Quality Group is now allowed to distribute LSI Chemical oil and fuel additives, as well as collaborate with LSI Chemical on the creation of special performance gasoline and diesel mixes. In addition, Quality Group has become an official distributor of the whole line of Hot Shot's Secret items for the retail market in India, which is rapidly expanding.

What was the wax emulsion market valuation in 2018?

The market valuation was USD 3.1 billion.

What is the projected CAGR of the wax emulsion market during the forecast period of 2019 to 2025?

What would be the prime market wax emulsion market driver?

The paints and coatings industry would make a substantial impact.

What would be the restraining factor for the wax emulsion market?

What are the major wax emulsion market players?

The extensive use of Wax Emulsions in End-Use Industries is projected to drive the market growth ...