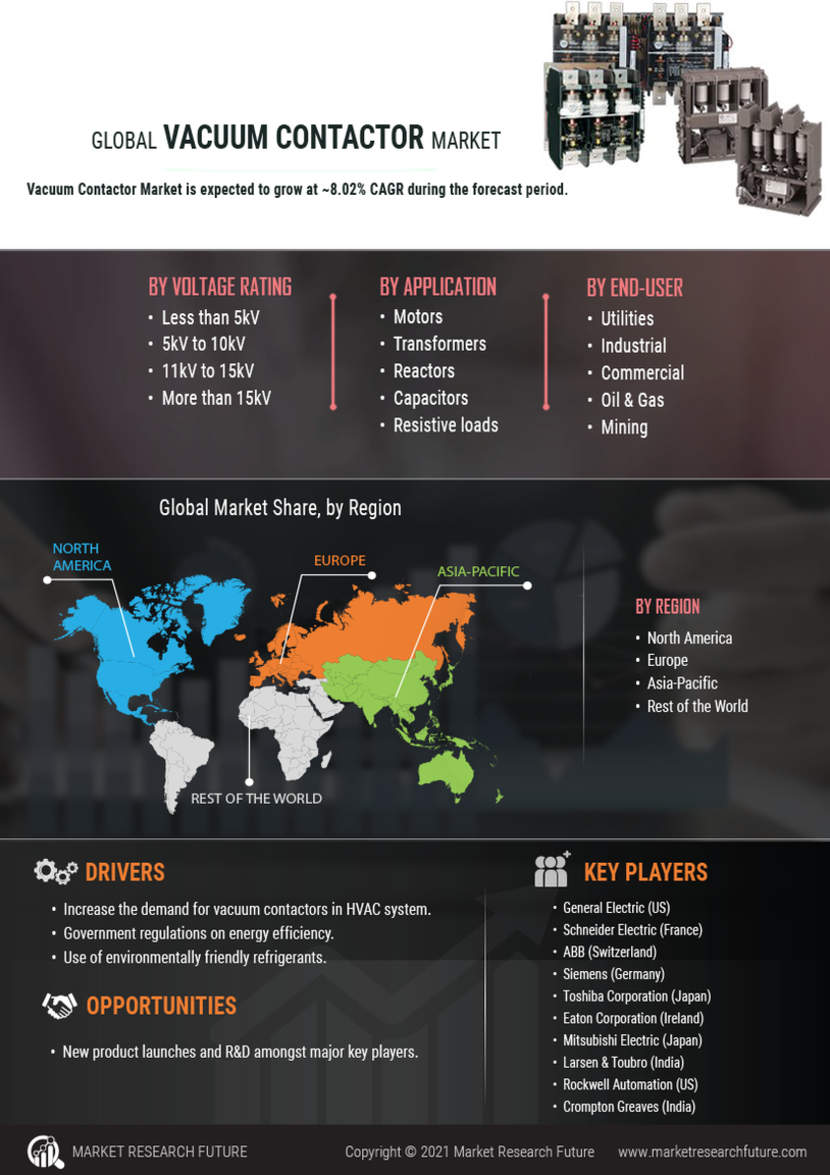 Vacuum contactor market is expected to grow at USD 5,773.7 Million and 6.77% CAGR during the forecast period.

The Vacuum Contactor Market is projected to grow at a high rate during the forecast period, due to various factors such as growth in process industries which would increase the demand for vacuum contactors in HVAC system. Similarly, growth in the related markets such as motors, capacitors, switchgear, and transformers would also contribute to the growth of vacuum contactors.

Global market of vacuum contactor has been segmented based on Voltage Rating, application, end-user, and region. Based on applications, the market is classified into six categories, namely, motors, transformers, capacitors, reactors, resistive loads, and other applications such as generators, pumps, variable frequency drive, power transmitter, and switchgears. Motors and transformers hold larger share in the vacuum contactors market due to system reliability for harsh environments. Also, heavy duty cycling of motors require vacuum contactors for reliable starting and control of the motors. 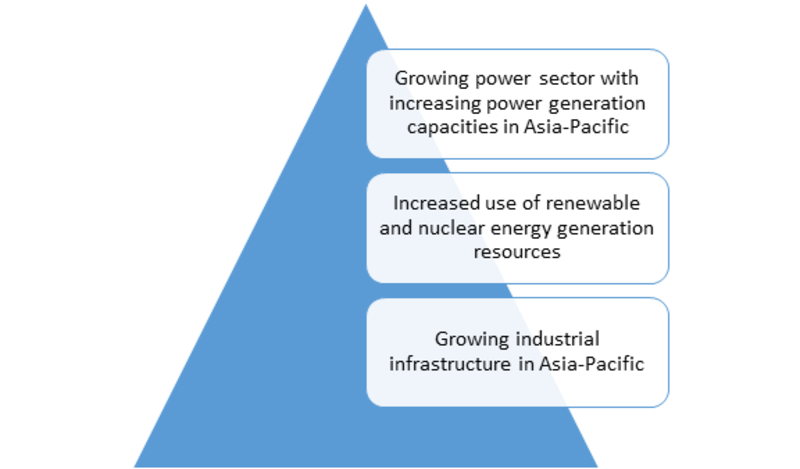 Continuous increase in investment and upgradation in process industries, manufacturing industry, commercial, and large residential complexes that use HVAC systems would drive the market. Counties in Asia present hot climatic conditions along with rise in urbanization which has driven the demand for HVAC products. Additionally, the increasing demand for fast-switching devices is considered to have an equally upshifting effect on the demand for vacuum contactors.

Need for reduction of use of power in machineries would drive the demand for vacuum contactors as it helps to regulate power use to prevent a sudden increase in load in the motor. Therefore, power utilities and other industries are installing vacuum contactors help to reduce the power consumption in their systems and help to protect the equipment that is connected to an electrical network, leading to safety of overall system.

What is the market value of the global Vacuum contactor market?

The global Vacuum contactor is expected to record a substantial market valuation due to the increasing use of renewable and nuclear energy generation resources.

What is the estimated growth rate of the global Vacuum contactor?

The global Vacuum contactor is projected to register a moderate 8.02% CAGR in the forecast period.

What is the voltage segment of the global Vacuum contactor market expected to witness the highest growth?

The5v to 10v segment is slated to expand as the fastest-growing segment.

What is the application segment of the global Vacuum contactor market is expected to witness the highest growth?

The motors and transformers segment is slated to expand as the fastest-growing segment.

Who are the key players operative in the global Vacuum contactor market?