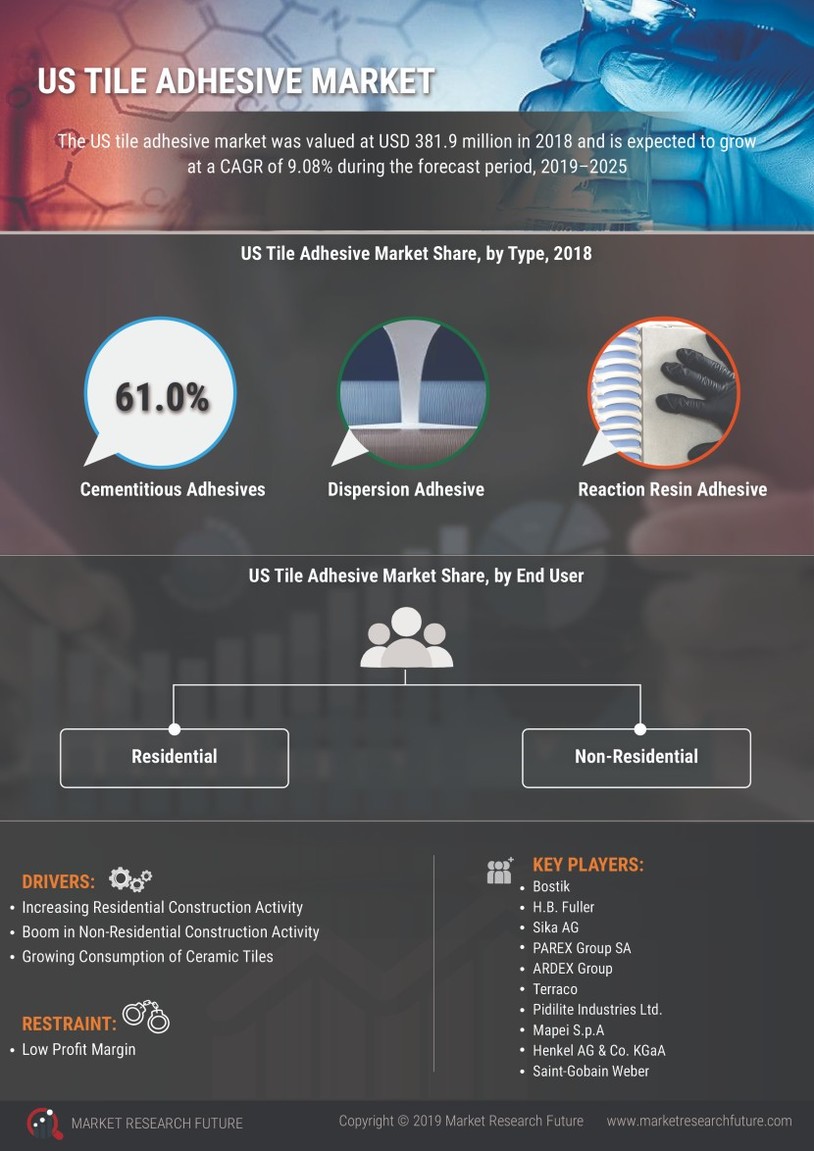 
US Tile Adhesive Market has been growing tremendously at CAGR of 8.69% to reach USD 590.02 million by the end of 2030. The growth in tile adhesive market in U.S. largely driven by remodeling activities, as homeowners seek to replace old and worn floors with modern, aesthetically pleasing tile styles. Another growth driver is the increasing use of decorative tiles in malls, airports, office buildings, retail outlets, and other municipal and commercial buildings, with uses including flooring, wall coverings, countertops and backsplashes, and other applications. By type, U.S. tile adhesive market is segmented into cementitious adhesive, dispersion adhesive and reactive resin adhesive. Cementitious tile adhesives are largely used in the U.S. as a wall tile adhesives & ceramic floor tile adhesives. Water resistant cements and polymer modified cements are suitable for both internal and external use, and as a result cementitious tile adhesive is expected to grow at highest CAGR during forecast period. The dispersion adhesive is the second major type of tile adhesive used in the U.S., holding a market share of ~25% by 2016 end. In coming years, cementitious adhesive type is expected to dominate the U.S. markets on account of its low price as compared to dispersion adhesive and reactive resin adhesive. The U.S. tile adhesive market is segmented based on end user as residential and non-residential. Residential segment is estimated to dominate the market with an estimated value share of 54.9% as of 2016. The segment is anticipated to retain its dominance over the forecast period. 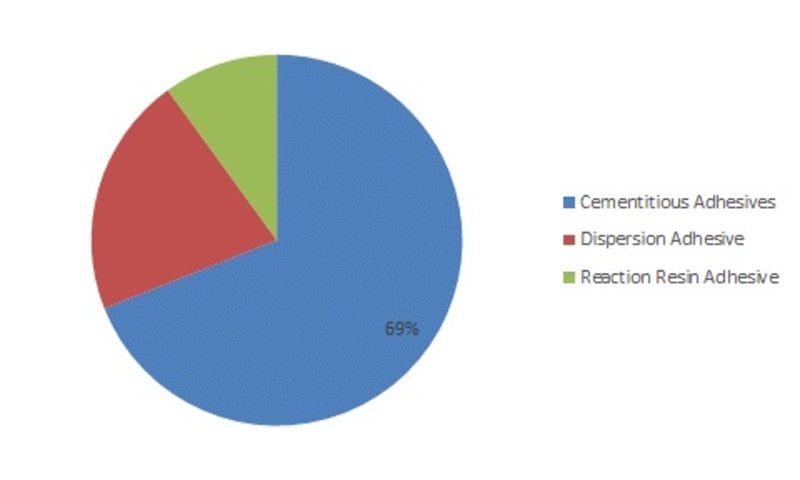 The U.S. tile adhesive market is growing at significant CAGR. This market growth is attributed to increasing reconstruction activities undertaken by house owners. Home owners in this region are in a bid to give an aesthetic look and attractive interior to their houses, which may fuel the demand of tile adhesive in the U.S. during the forecast period. In addition to this, the major player are inventing new range of products that provide better adhesion and prolonged bonding ability. The major key players in this includes, Bostik, Custom Building Products, H.B fuller, and Saint-Gobain Weber, among others. Arkem has opened its new Bostik production facility in Dallas, Texas, which may add to the production of tile adhesive in this region. Bostik, a part Arkema Group, is leading the regional market in terms of production. In addition to this, Saint-Gobain Weber has launched epoxy adhesive with three components, heavy duty, chemical resistant adhesive for fixing tile & stone. Apart from this, another company named Custom Building Products, has introduced high-performance glass tile premium thin-set mortar, which is a huge innovation step and would propel growth of the market in coming years.

The U.S. tile adhesive market is projected to reach USD 590.02 million by 2023 with 9.08% CAGR growth rate during review period of 2017-2023. Among the three major types of tile adhesives, Cementitious adhesive accounts for the largest share due to its low price as compared to dispersion adhesive and reaction resin adhesive. Among residential and non-residential end users of tile adhesives in the U.S., residential segment is estimated to be a dominant end user during the forecast period.

At what CAGR is the U.S. Tile Adhesive Market predicted to grow during the forecast period?

What is the forecast period of U.S. Tile Adhesive Market research report?

Who are the key players in the U.S. Tile Adhesive Market?

U.S. Tile Adhesive Market Estimated To Be Rigged With a Significant Growth By 2023