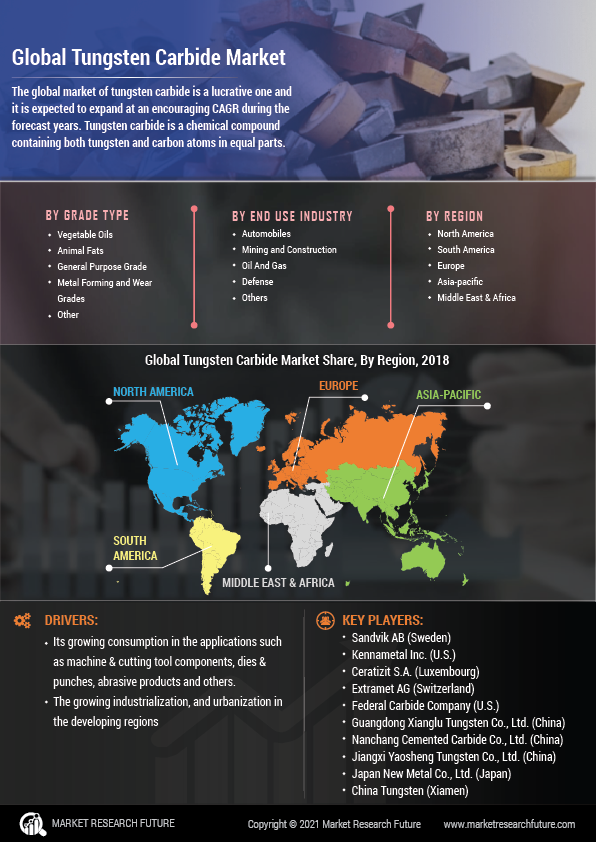 Tungsten is basically a dense and heavy metallic-like substance that decomposes at a particular temperature. This temperature usually rises and soars from 2600 degrees Celsius to 4700 degrees Fahrenheit. This is usually prepared heat pressure on the carbon black paper, but due to its heat and light pressure, it comes out in its real form in the presence of hydrogen. There are so many qualities of tungsten carbide out there, and to be able to differentiate the best out of them can be a real problem. Significantly, finding out the best among all the alloys and the companies is the need of the hour. Usually, it is seen that the cheaper and easier availability of the work makes it more handy and easy to use than any other metals. It possesses various qualities and properties, and the most useful one among them is the durability and the hardness despite the shine and the polish that's seen on the surface. One of its major properties is its hardness, that's almost as much as the diamond. So it can be used as a replacement and can have multiple uses. There have been so many metals that were barely exposed to such elements of Tungsten Carbide. Hence, this can cause certain dizziness in the human body like wheezing, coughing, and all other sorts of respiratory diseases.

The Tungsten Carbide Market was estimated to stand at an estimated cost of $18.25 billion in the year 2019 at a good and healthy substantial rate. This rate is again predicted to stand at a share of $29.7 billion by 2030. This growth is seen with a constant CAGR of 7.4%.

The major factor driving the tungsten carbide market Size is the rise in the awareness among the people to make sure of a proper maintenance of their health issues. Tungsten Carbide has been used as a replacement agent in many industries to make sure of a proper strength and capacity building in the body. This is also majorly due to the development of the 3D printing technology around the world that leads to creating a stiffness in the body of people that helps with the expansion of body temperature. Several such possibilities have made it possible for the Tungsten Carbide Market to expand its growth and opportunities in the market.

It was seen that the pandemic had a pretty devastating effect on the market growth and the size due to the impositions and lockdown put by the government. All industries have become non-functional and non-operational for a pretty long amount of time, which eventually led to a dismantling in the functioning of the automotive industry. This led to a great hamper in the Tungsten Carbide Market. The industry's demand also fell by the day due to a decrease in the production of raw materials. But despite this, a substantial growth prediction has been observed in the market dynamics.

Chief Factors Existing In the Market

The major key factor responsible for driving the market is the minor powered size of the tungsten that's used in the automotive industry. This metal is an ideal option for so many mining and cutting equipment that was previously a major cause of work hindrance. The 3D printing has also majorly contributed to the growth of the market.

With the increase in the number of oil and gas industry production in the market by the day, the tungsten carbide market Research has gotten the opportunity of sharing the largest number of opportunities. The metal being carved into any shape and size due to its durability makes it very malleable for use.

The market restraints of the industry come with the usage of the metal that has its own part of side-effects. The metal, when exhaled in its raw form, leads to so many types of respiratory diseases. This can be fatal because they also sometimes cause the person to become blind. The toxicity of the metal is the major restraint in the industry.


Cumulative Evaluation Of The Market

The cumulative evaluation report of the tungsten carbide market indicated a pretty stable and substantial CAGR and growth rate could be seen in the development reports. This is done to achieve substantial market growth and enhance the products' launch. The market dynamics and their logistics showed that the market had grown effectively considering the demand factors, because of which the CAGR value was estimated to be at 4% constant by the year 2030. The drivers and opportunities are helping the market to reach its value, while the restraints and challenges are restricting its growth rate despite the pandemic’s effect that the market will reach its estimated growth value due to the planned strategies to overcome the problems. Apart from this, a substantial growth is predicted for the tungsten carbide market Revenue by the growth year 2030.

Over the years, the Tungsten Carbide Market Growth suggested that the market is majorly divided into segments and sub-segments depending upon the application and end-user.

The market is majorly segmented into coatings, alloys, and cemented carbides, depending upon the forms in which they are available and on their applications.

Depending upon the end-user type, the tungsten carbide market Forecast

is divided and sub divided into Mining, electronics, construction and automotive industry long with aerospace and defense.

Due to its rapid growth in the industrial and the manufacturing sector, the Tungsten Carbide Market is globally spread over areas of North America, including areas like the Mexico, Canada, and the US. Parts of Asia-Pacific like India and Japan, along with The Middle East and parts of Europe. The report also suggests a very intensive and qualitative growth of the market in the Middle East and Africa, covering areas like GCC, Southern Africa, and North Africa.

The competitive intensity of the tungsten carbide market Trend is about the chief industrial players and their development. The market report gives a brief about the necessary details about the company like the last updated growth and other major factors that help through thethe overall development of the industry. The developmental activities such as merging and collaborations are done with strategic and logistical planning. Here is the list of some of the major industrial key players of the market:

The report overview of the Tungsten Carbide Market Analysis signifies the complete growth statistics and tactics of the market keeping in mind the recent development in the surroundings. The growth as well as the driving factors of the same always depends upon the market value propel statistics which means that with the development of the recent markets there also needs to be a detailed study of the report. The segmentation analysis report showed the global dominance of the market around the world. The competitive report has given a clear idea of the industrial player’s checklist and developmental activities. The Tungsten Carbide Market is expected to reach a stable CAGR during the forecast period by 2030.

Which sector is leading the grading segment of the tungsten carbide market?

Which sector is leading the end user segment of the tungsten carbide market?

Mining and construction sectors are expected to lead the end user segment of the tungsten carbide market.

Which region is expected to dominate the tungsten carbide market?

The Asia Pacific is the region to dominate the global tungsten carbide market in the coming years.

Who are the prominent players of the tungsten carbide market?

What would be the driving factor for the tungsten carbide market?

Increasing consumption of abrasive products dies & punches, machine & cutting tool components, and others across industries are going to inspire better growth for the tungsten carbide market.

Growing consumption of tungsten carbide in end-use industries is estimated to drive the market du...