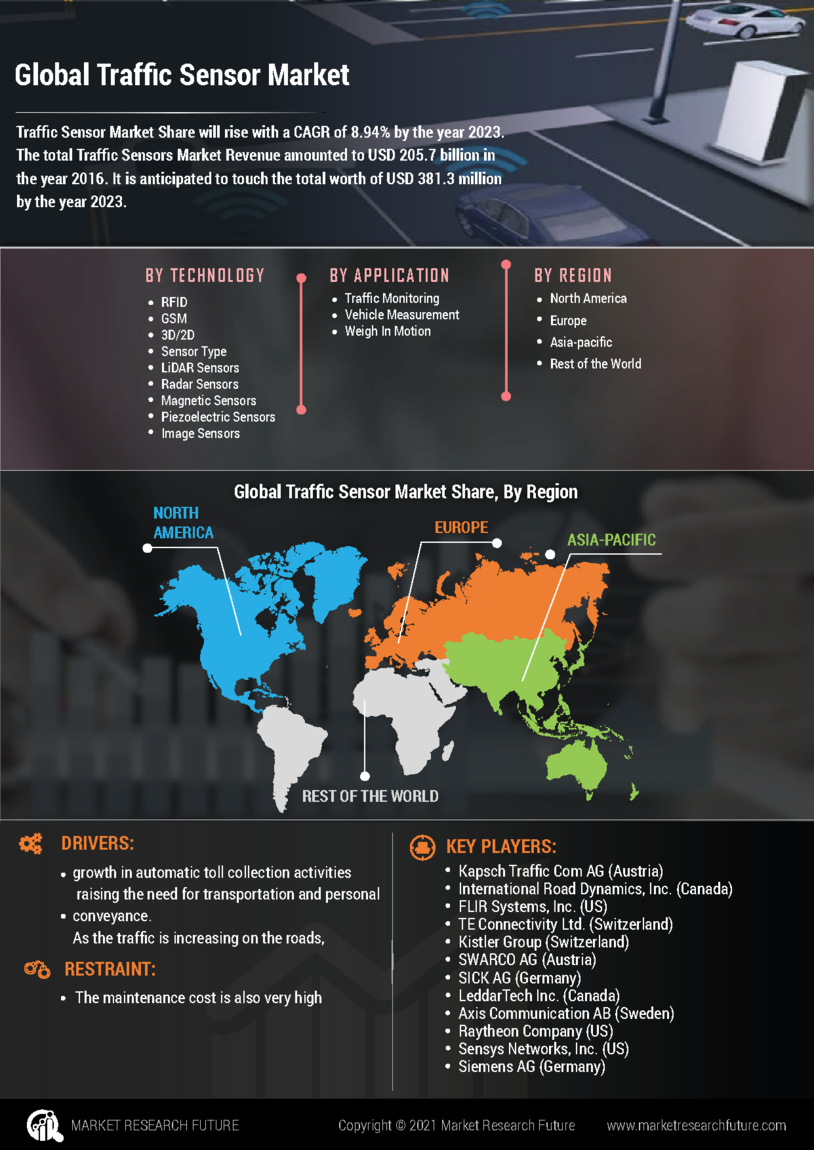 Globally, the size of the traffic sensor market is expected to reach USD 381.3 million by 2023 at a CAGR of 8.94% driven by, Traffic sensors not only help in the smooth flow of traffic but also help in vehicle classification and identification.Traffic sensors are made up of a magnetic device that detects and indicates the levels of traffic present on the road. It monitors the patterns of vehicles and their movements. It is a smart way of controlling the traffic. Advanced devices, such as infrared radar, laser technique, and video detection are used to control the mobility of traffic. It evenly distributed the traffic and provides hassle-free movement on the roads. Traffic sensors can be used in areas where traffic management is difficult during peak hours. These sensors also work efficiently in the areas of intersections and bottleneck lanes.

People across the globe are suffering from the covid19. It has adversely affected the functioning of all the industries, except for the pharmaceutical industry. There has been a complete lockdown in almost every nation. The borders a sealed, which means there will be no travel possible across borders shortly. The businesses are also being shut down.

As people are staying at their homes, there is no movement of traffics. There are no more traffic jams at the peak hours. This has adversely affected the traffic censor market industry. It is expected that, post the Covid19 situation, the global Traffic Sensor Industry will grow tremendously. The government of every nation is taking several measures to improve the on-road journey experiences of people. Traffic sensors provide real-time analysis of the movement of vehicles.

With the growth in automatic toll collection activities, the demand for traffic sensors is increasing with every passing day. Traffic sensors not only help in the smooth flow of traffic but also help in vehicle classification and identification. This need for traffic surveillance becomes the major driving factor in Market Analysis.

The investment required for setting up an efficient traffic sensor system is difficult. The maintenance cost is also very high as a well-trained and equipped staff is required to handle the operations. It becomes one of the restraints in the traffic sensor industry and its growth.

The traffic sensor system market has become an essential part of the controlling and management of traffic. It has improved the efficiency of traffic light systems, surveillance, and well speed detection systems. The highway control authorities are making optimal use of traffic sensors. Jams are controlled and no activities are being delayed due to mismanagement of traffic. There is no rush in the bottleneck areas and lanes are empty for free flow of traffic even at peak hours. The speed of traffic can be monitored and controlled. This has improved the on-road experiences of people.

Global Traffic Sensor Market can be divided into various segments. These are based on technology, based on sensor type, based on applications.

There are various technologies used in the operation of traffic sensors. These are RFID (radio frequency identification), 3D/2D, GSM (Global System for mobile communication).

Based on sensor type

Traffic sensors are used for various purposes. These include monitoring of traffic and its flow, Automated & electronic tolling, Vehicle measurement, profiling, classification & identification, Weigh-in motion, and others.

Traffic Sensor Market Demand is increasing with every passing day. It is leaving its impression in every corner of the world. The regions where they are operating include America, Europe, Asia-pacific, and the rest of the world.

America, which includes the area of North America (the US and Canada) and Latin America, provides the largest market share for the development of the traffic sensor market. This owns to the high infrastructural development and urbanization. The increase in the level of traffic is increasing the need for management of traffic in all the cities.

The European region, which includes Germany, UK, France, Russia, and Italy, is also expanding the traffic sensor market. This owns to investment in Research & Development activities by the government and traffic control authorities. Germany has the largest share in the automotive industry. Proper roads and highways are required for the free flow of traffic.

Asia-Pacific region, which includes China, Japan, India, Australia, and South Korea, is growing tremendously because of the increasing development of infrastructural activities. As there are many developing nations in these regions, there is a large scope for the rising growth of the traffic sensors market. Many environmentally friendly campaigns are being run in the APAC region. This is prompted the need for traffic sensors. the region is anticipated to record the highest CAGR during the forecasted period.

The rest of the world, which includes a region of the Middle East and Africa, is growing at a slower but constant rate. This owns to the slower development rate as well as fewer initiatives by the government.Traffic Sensor Market Competitive Landscape

The list of major global key players involved in the Traffic Sensor Market Forecast is as follows:

The above-listed companies come together in joint ventures, mergers and, acquisitions to make technological advancements. Their main objective is to develop end-products that are cost-effective, proficient in working, and that can deliver accurate solutions to the problems.Global Traffic Sensor Market 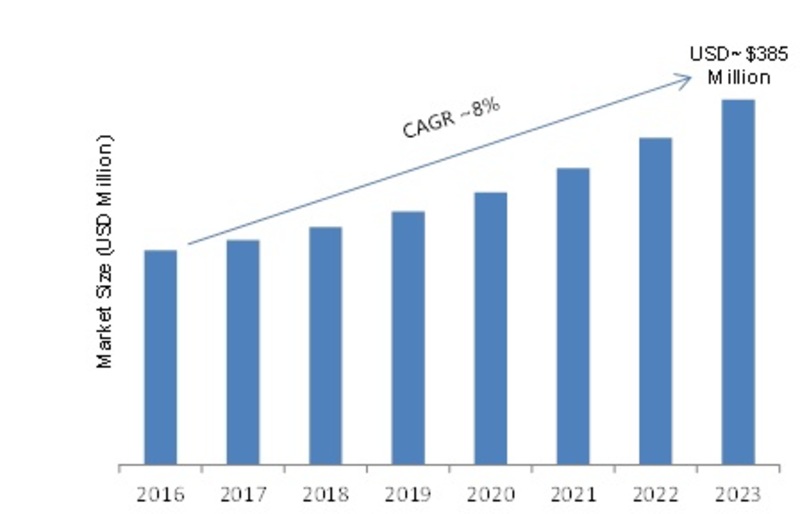 The various recent activities found in the Traffic Sensor Market trend are as follows:

This research report, on the global market Traffic Sensor Market, provides a thorough analysis about its usage and its market trends. Due to technological advancements and a rise in the level of infrastructure, the demand for traffic sensor systems is increasing. Advanced devices, such as infrared radar, laser technique, and video detection are used to control the mobility of traffic. The various technologies used in traffic sensors are piezoelectric sensors, inductive loops, image sensors, bending plates, infrared sensors, magnetic sensors, radar sensors, and thermal & acoustic sensors.

What is the expected valuation of the global traffic sensor market?

What is the predicted growth rate of the global traffic sensor market?

Why is Europe projected to be lucrative for the global traffic sensor market?

Europe is projected to be lucrative for the global traffic sensor market owing to investments in deep traffic solutions and traffic management.

Which region can dominate the global traffic sensor market?

North America can dominate the global traffic sensor market owing to the large traffic volume and sensors being used for vehicle counting.

Who are the key players of the global traffic sensor market?

For what purposes traffic sensors are used?

For what purposes traffic sensors are used?