Toluene is a colorless, liquid, and water-insoluble. It is a mono-substituted compound, consisting of a CH3 group that is attached to a phenyl group. Toluene, also known as methylbenzene, phenylmethane and toluol, is produced primarily by reforming naphtha during the production of gasoline. Toluene is widely used as an industrial raw material and a solvent for manufacturing of many commercial products. Furthermore, it is used in the manufacturing of benzene, p-xylene for polyethylene terephthalate (PET) resins, and toluene diisocyanates (TDI) for polyurethane applications, and as a solvent. It has low volatility due to the methyl group in its chemical structure, which makes it a good octane-enhancer for motor gasoline blending.

As per our analysis, some of the prominent market factors and trends identified in the global toulene market include the rapid use of toluene solvent-based paints & coatings owing to increasing construction activities, rising demand for efficient gasoline, and increasing demand for chemical intermediates made from toluene such as benzene and xylene. Moreover, the demand for toluene is predicted to witness a significant growth over the assessment period due to surging oil & gas industry. Rising crude oil refining across the globe is anticipated to reduce the raw material demand gap, which can drive the market growth during the review period. Increasing automobile production and sales along with rising consumption of lubricants are estimated to fuel the growth of the market. Furthermore, rapid urbanization coupled with increasing disposable income in emerging economies is predicted to propel the growth of the market during the assessment period, 2017-2023. However, the implementation of strict regulations by various government bodies has restricted the use of toxic organic chemicals used in the production of toluene solvent, which is expected to hamper the growth of the market. 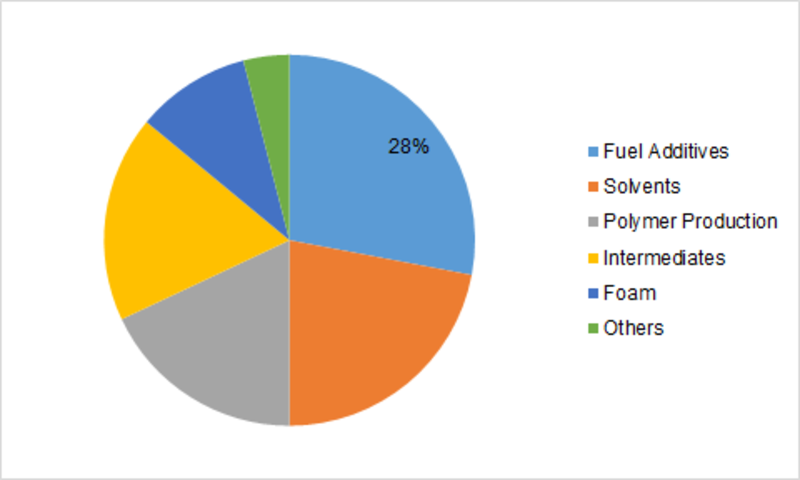 The global toulene market consists of five regions: Asia Pacific, Europe, Latin America, North America, and the Middle East & Africa. Among these, Asia Pacific is predicted to grow at the highest CAGR during the review period, 2017 to 2023 on account of expanding oil & gas industry. The demand for toulene is predicted to surge in numerous countries of the Asia Pacific such as China, India, Japan, Thailand and Indonesia due to high adoption rate by the crude oil producers. Moreover, the presence of tremendous oil & gas reserves in this region is predicted to reduce the raw material demand gap and propel the growth of the market.

The north American toulene market is predicted to witness a tremendous growth on account of high consumption potential, increasing production capacities, and rising economic growth rate. In the North American region, the U.S. is predicted to be the major contributor to the regional growth of toulene market and is expected to see a significant demand during the forecast period, 2017-2023. As of 2016, the U.S accounted for the largest market share and is followed by Canada in terms of value & volume. The market is estimated to grow at a moderate CAGR due to growth in the polymer production segment. In Europe, the demand for toulene is predicted to grow in various countries such as Italy, Germany, Spain, the U.K, France, and Russia on account of increased expenditure in innovation and growing purchasing power of consumers. Moreover, the presence of major automobile manufacturers specifically in Germany is expected to give a new impetus to the market growth. Latin American countries such as Argentina, Colombia, and Brazil are also predicted to witness a substantial growth owing to increasing consumer spending on passenger cars as well as the involvement of new technologies and inventions in toulene. Asia Pacific toulene market is predicted to at a moderate CAGR due to developing crude oil processing and expanding petroleum refineries in the U.A.E, Saudi Arabia, and Kuwait. Moreover, continuous growth of the construction sector in various economies of the Middle East & Africa is expected to raise the demand for toluene solvent-based paints & coatings, which, in turn, is predicted to fuel the demand for toulene over the forecast period, 2017 to 2023.

What is the forecast period of Toulene Market research report?

The forecast period for Toulene Market research report is 2020-2027.

Which region will lead the global Toulene Market?

Who are the key players in the Toulene Market?